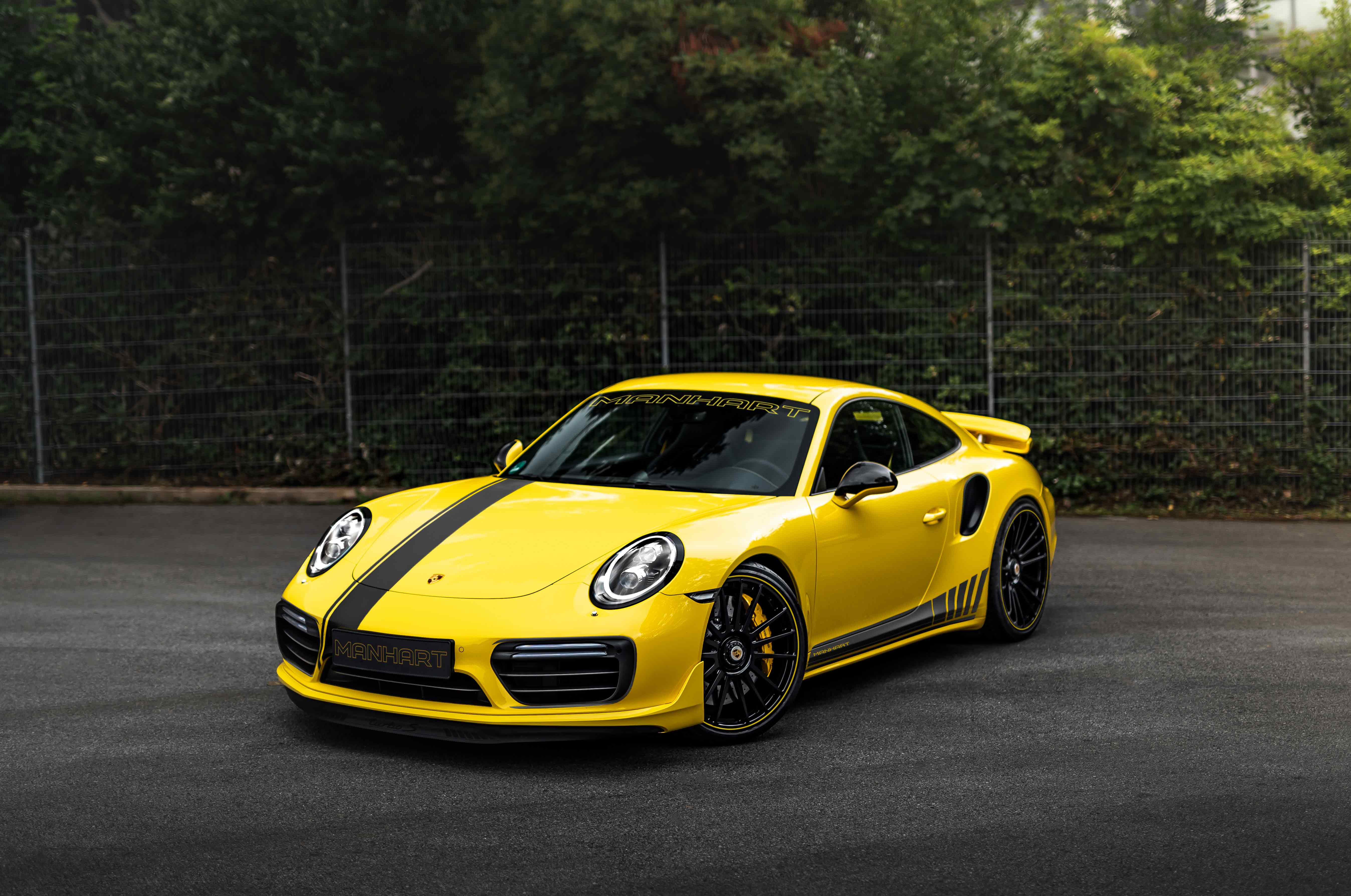 It is probably THE German super sports car for excellence: the Porsche 911 Turbo. No wonder that the experts at MANHART Performance, who originally specialized in optimizing the performance of BMW vehicles, also took on the turbocharged 911 when they opened up to other brands. After the Wuppertal-based company had already put its “TR 700” on the wheels of a 911 Turbo two years ago, the MANHART technicians chose no less for the new “TR 850” presented here than the Turbo S model of the 991.2 series.

As is customary at MANHART Performance, the type designation of their Porsche based bullet already anticipates its performance: The TR 850 sends no less than 850 hp to its four driven wheels, with a brutal maximum torque of 1,090 Nm.

In order to generate this power explosion of around 270 hp and 390/340 Nm compared to the series-production vehicle (580 hp, 700 Nm / 750 Nm in the Overboost in conjunction with the Sport Chrono Package), the MANHART technicians carried out extensive upgrades to the biturbo charging of the 3.8-liter boxer engine. Thus, the two VTG turbochargers were optimized for greater charging efficiency. A MANHART intercooler by CSF, as well as an IPD aluminum intake system, including a BMC sports air filter are used to further increase the efficiency of the turbocharging and perfect the fresh air supply. The wild boxer’s hot breath escapes through a new exhaust system, with MANHART down pipes (without TÜV/only for export, catless or optionally with 200 cell cat) and MANHART stainless steel rear silencers with valve control. This combination not only significantly reduces the exhaust backpressure in the exhaust system, allowing the two turbochargers to breathe freely and develop their boost pressure even more, but also gives the MANHART TR 850 a much more distinctive, potent sound compared to the comparatively restrained sound of the standard vehicle. A subsequent ECU remapping to exploit the power potential opened up by the new hardware is a matter of course. Speaking of power: In order to be able to manage it efficiently and reliably, the dual-clutch transmission has been upgraded with more resilient clutches and software optimization.

The impressive result: From a standing start, the TR 850 catapults itself to 100 km/h in just 2.4 seconds, only to rush through the 200 km/h speedometer mark just 4.9 seconds later before reaching the Vmax at well over 330 km/h.

In order to be able to transfer its power to the asphalt with minimum loss even during such excesses, the MANHART TR 850 is on the road with a big foot: It’s Michelin Pilot Sport 4 S high-performance tires measure 255/30ZR21 on the front and even 325/25ZR21 on the rear axle. The French tires were mounted on gleaming black Levella LVL 1.1 multi-spoke rims measuring 9×21 and 12×21 inches, which not only quote motorsports with their center lock, but also pick up the car color with their yellow decorative stripes: The TR 850 wears a dynamic MANHART Performance foil design in matte black on it’s yellow bodywork. MANHART lowering springs by H&R reduce the ground clearance by 30 millimeters, making the sports car look as if it were crouched down to the ground and also ensuring even more crisp handling.

As an option, MANHART Performance offers individually configurable upgrades to the braking system as well as the exterior and interior styling of the TR 850.