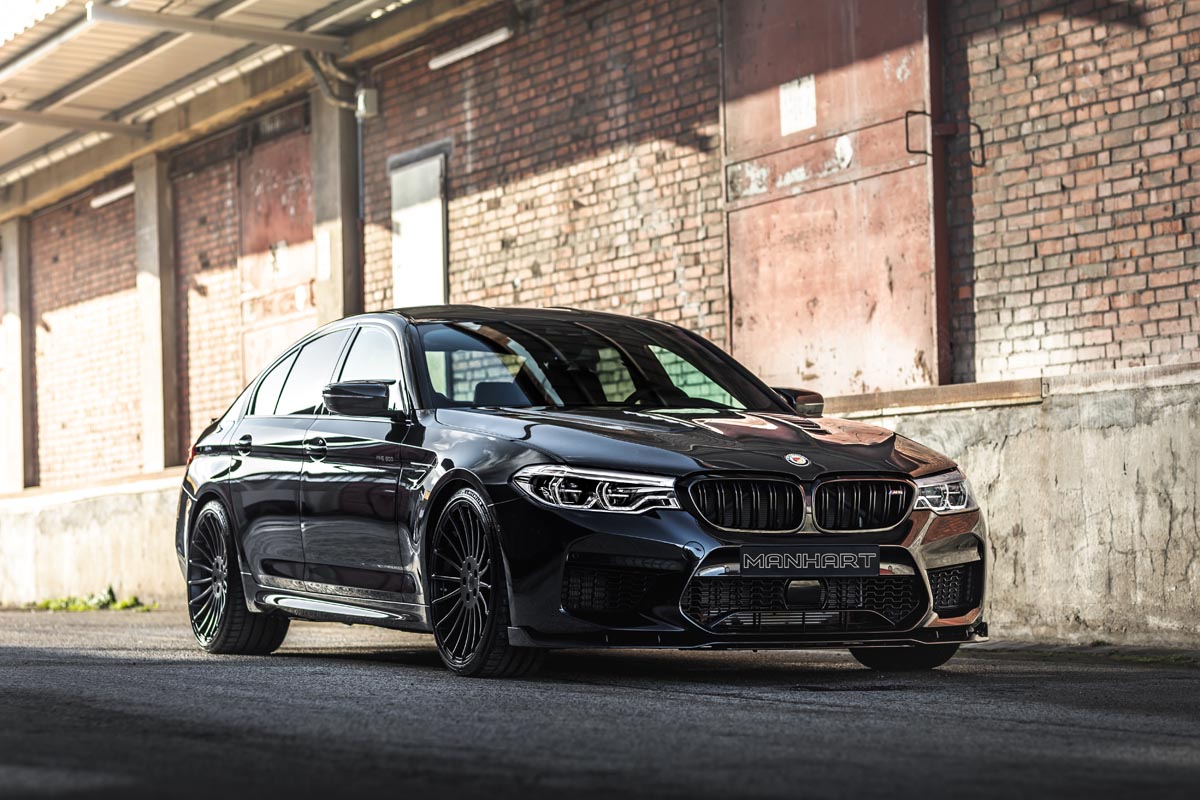 BMW’s big high-performance saloon, the BMW M5, has now been on the market for about four years and
is one of the absolute benchmarks in its class. Petrolheads and fans of the Munich top models with the M
badge on the rear are correspondingly enthusiastc. The absolute highlight afer the 2020 LCI, was the M5
CS, built for a year from the beginning of 2021, with increased power and reduced weight. But the F90s
from the pre-facelif period naturally stll know how to inspire without restricton. This is all the more true
if, like this example, it has been to MANHART Performance for a power treatment and refnement: clear
the stage for the MH5 800 Black Editon.
While the 4.4-litre biturbo V8 in the M5 Competton already generates a powerful 625 hp and 750 Nm in
standard conditon, the BMW specialists from Wuppertal went one step further in this respect. The new
model designaton, which is even slightly understated, makes it clear just how much: 815 hp and 1,030 Nm
of maximum torque are now provided by the eight-cylinder engine, to powerfully catapult the saloon
forward. This was achieved by the MANHART engine package, which provides the M5 with a
comprehensive turbo upgrade. In additon, a MANHART stainless steel exhaust system from the catalytc
converter onwards, including two twin tailpipes encased in carbon, plus downpipes with a 200-cell catalytc
converter, was installed.
MANHART Performance also provided various visual refnements and individualisatons for the F90: the
MH5 800 Black Editon, in keeping with its designaton, exceptonally dispenses with the otherwise typical
MANHART decoratve kit with eye-catching trim strips, so that the black body only bears a few discreet
“MANHART” and “MH5 800” leterings. On the other hand, the add-on parts of the carbon exterior
package cause a str: a bonnet with two striking air outlet units, a front spoiler atachment, a rear spoiler
lip and a difuser insert. In additon, the car stands on a set of Hamann Anniversary EVO Black Line alloy
wheels in 9×21 and 10.5×21 inches. The mat black mult-spoke wheels are fted with Michelin Pilot Sport 4
S tyres in the dimensions 265/30ZR21 and 305/25ZR21. A set of lowering springs from H&R generates the
appropriate lowering.
Last but not least, individual accents in the interior, which is generously equipped with carbon fbre, are set
by gearshif paddles also made of CFRP and MANHART foor mats with embroidered company letering.