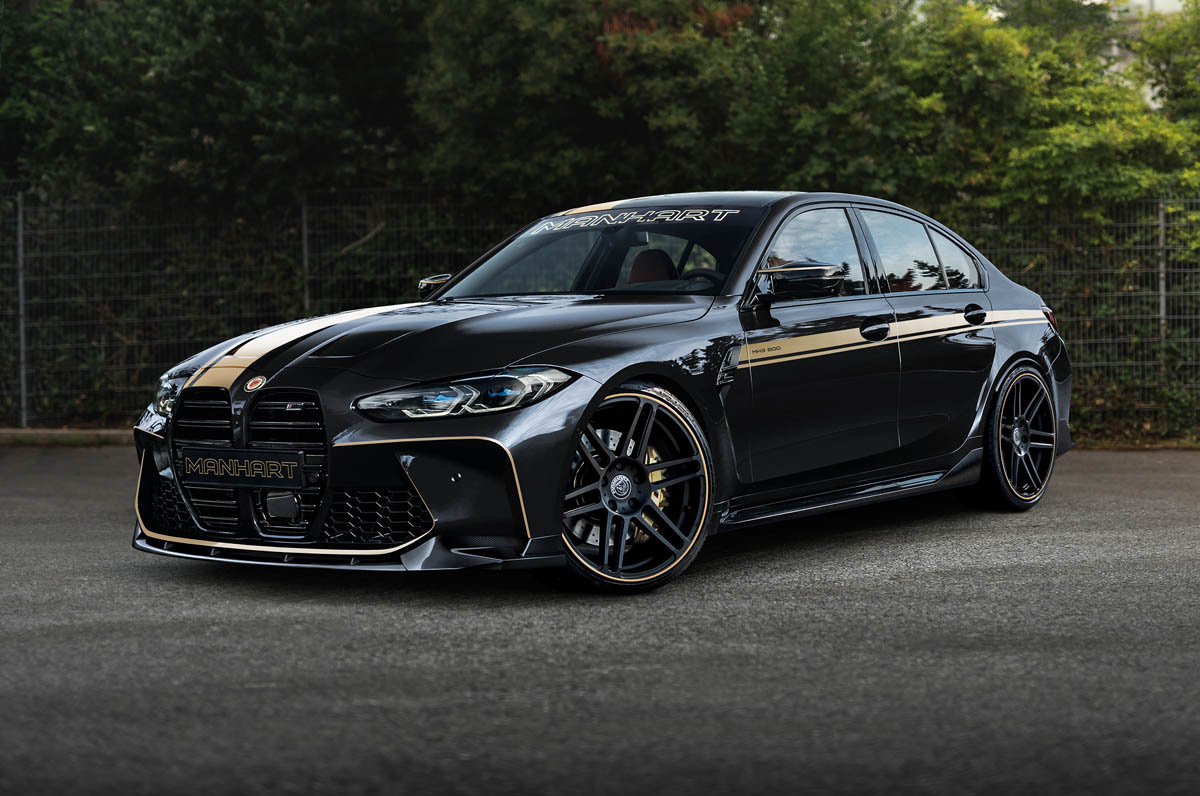 Although the new BMW M3 (G80) and M4 (G82) are only just rolling into the showrooms of BMW dealers across the globe, the tuning specialists at MANHART Performance are already giving us a preview on the tuning program currently in development for the new high- performance sedan and coupé.
The names of the variants tuned by MANHART Performance will – as usual – allow conclusions to be drawn about the engine performance of both: The MANHART MH3 600 and MH4 600, based on the factory 510 HP and 650 Nm strong Competition variants, they promise approximately 600 HP. To be more precise, after the installation of the MANHART MHtronik Powerbox, their output should increase to approximately 620 HP and 750 Nm. The standard 30 HP weaker non-Competition M3 and M4 come to approximately 590 HP after installing the MANHART MHtronik.
In terms of exhaust technology, MANHART Performance will be offering both cat-back and OPF-back exhaust systems – each with twin carbon tailpipes. Each will also be available with optional middle silencer replacement pipes.
In addition, MANHART Performance will offer lowering springs made by H&R for the new M3 four-door and the new M4 two-door, as well as the in-house developed Concave One forged wheels in the dimensions 9.0×21 inches, with 265/30R21 tyres on the front and 10.5×21 inches with 305/25R21 tyres on the rear axle. As an option, the rims can have the MANHART-typical gold pinstripe. A decal kit with golden touches will be available for the body work of the MH3 600 and MH400 600.
For the new models, new carbon aerodynamic parts such as a bonnet, front splitter, rear spoiler and diffuser as well as side flaps are also being developed right now.
Phase 1 of the tuning program includes a wide variety of parts and options, which will allow clients to tune and upgrade their beloved new Bimmer. For the second phase MANHART Performance will go a step further, taking both the M3 and M4 to the next level. Stay tuned for the release of this tuning package later in the year.