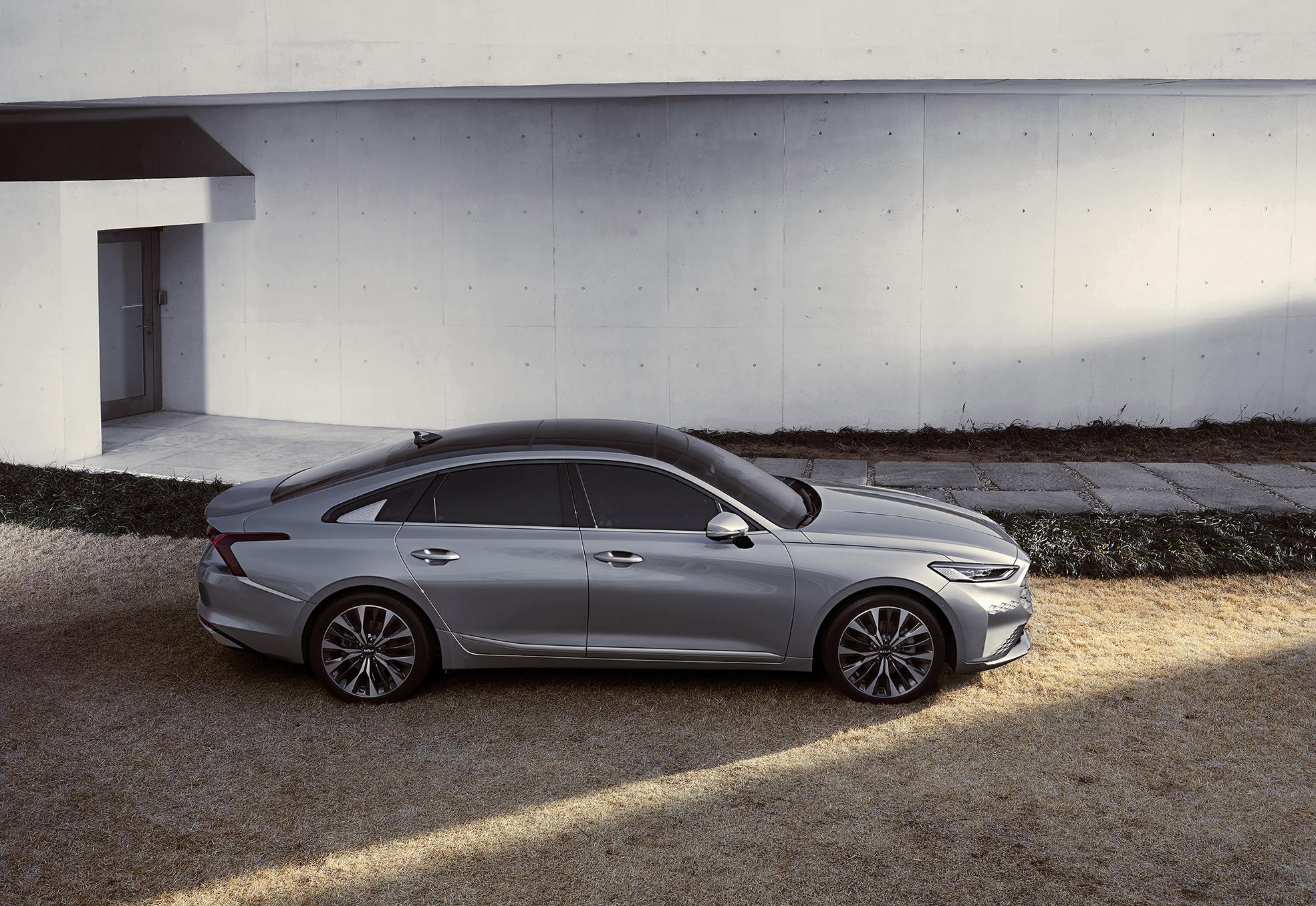 Kia K8 Hits the Roads in the Middle East Region

Kia Corporation has today announced the arrival of the K8 to the Middle East region, the first model to arrive following the rebirth of the Kia brand and one that exemplifies the automaker’s new purpose and ambitions for the future.

The K8 represents a new model name for Kia and is the first to show the brand’s new design identity as well as the contemporary new Kia logo. The official launch of the K8 in the Middle East region will take place on September 15, 2021. Aside from Korea, the car will be mainly sold in the GCC with KSA being the focus market.

With a focus on modern, premium quality and dynamic performance, the K8 moves forward in the sports sedan space and will build on the success of the K7(known as Cadenza in some markets), continuing Kia’s rise towards excellence in the segment later this year.

A modern and innovative sedan, the K8 combines sportiness and performance with a progressive and sleek exterior design.

“Being Kia’s flagship sedan in the MEA region and a representation of our new brand direction, the K8’s launch is a hugely significant moment,” commented Yaser Shabsogh, Chief Operating Officer at Kia Middle East and Africa. “This is the first model to showcase Kia’s latest design identity and new logo, but this is only scratching the surface of what this model is capable of. Every inch of the K8 has been designed to excite, from the striking design to the sophisticated technology and sublime performance.”

Taking on an all-new name and the first model to be launched following Kia’s recent rebrand, the K8 has been designed with the future in mind.

At the front sits a new signature frameless ‘tiger nose’ grille that gives the K8 presence and authority. The frameless grille, which is integrated within the front bumper to give a clean yet expansive look, features an intricate diamond lattice designed to express the movement of light. The front lamps include a turn signal that resembles a star could.

Symbolically pointing the way forward – and sitting proudly at the very front of the K8, just above the reimagined ‘tiger nose’ grille – is Kia’s contemporary new logo that expresses ‘symmetry’, ‘rhythm’ and ‘rising’ elements, embodying Kia’s confidence and renewed commitment to customers.

The elongated K8 (5,015mm) features a sporty side profile with a dynamic character line that runs the length of the sedan and takes inspiration from yachts sailing across calm waters. A chrome finish runs along the DLO (Daylight Opening) line and the bottom of the doors, and finishes its journey at the rear lamp – adding confidence and gracefulness to the side of the sports sedan.

Completing the progressive yet elegant front and side profile is a dynamic and muscular rear-end that re-interprets the sedan of today as a modern ‘fastback’ passenger car. Strong, dropping shoulders add to the drama of the K8 at the rear, while a clean tailored spoiler beautifully finishes the sporty, low roofline.

Running below the spoiler lip is a futuristic-looking horizontal taillight that carries across the jewel patterned arrangements from the front and side and connects the K8’s next-generation LED rear light clusters.

The 3D vertical clusters hug the corners of the K8, emphasizing clean, angular lines at the rear and further adding depth and width to the rear of the car.

The Kia’s new logo and first-ever K8 badge sit at the rear just below the horizontal light dash.

The introduction of an all-new model name – the K8 – is part of Kia’s brand transition and represents the premium space in which the new sports sedan will occupy.

The K8 will offer a comfortable yet high-performance driving experience that will complement the simple, ergonomic ‘first class’ interior. The new model signals an upward journey in design, technology and modernity, delivering a class-leading package that redefines the meaning of sports sedan.