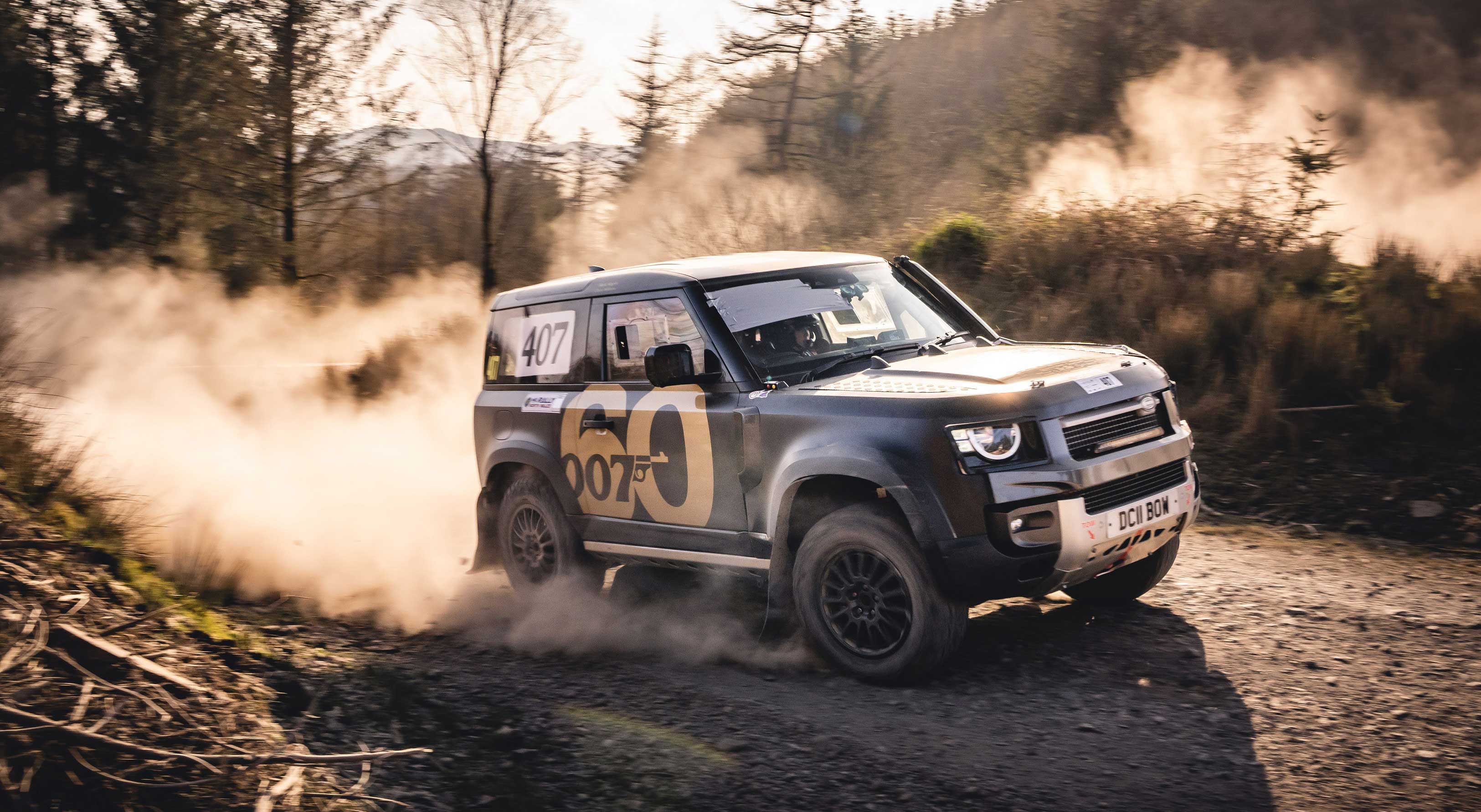 In celebration of the 60th anniversary of the James Bond film franchise, a Land Rover Defender 90 with a unique 007 livery made a winning one-off appearance in the Defender Bowler Challenge in Dolgellau, Wales, driven by Bond stunt driver and rally champion Mark Higgins.

The one-off Bowler Defender 90 featured a special 007 60th logo on its roof and sides in a trademark satin black and gold finish, with a host of performance and competition upgrades by the team at Bowler.