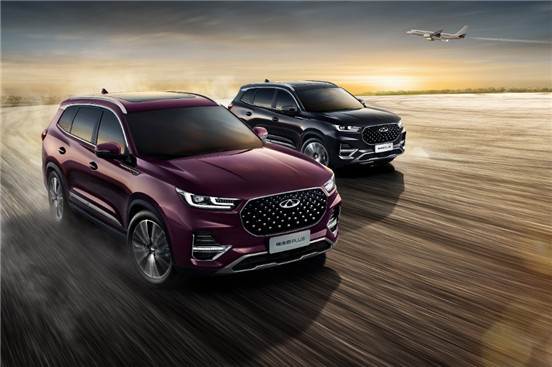 Chery Automobile Co., Ltd., China’s top car export company for 18 consecutive years, has accelerated the upgrade of its smart technology with the launch of the PRO series models. As the first blockbuster product in the series, the TIGGO 7 PRO has seen a surge in worldwide sales following its global launch this year.

Since its launch, the TIGGO 7 PRO has been selling exceptionally well in Eastern Europe, the Middle East, South America and other markets, its fashionable design and smart technology features proving to be a massive hit with consumers. Nowhere more so than in Russia, where it has been the top-selling Chinese SUV brand in the first quarter of 2021.

This year marks the 20th anniversary of Chery’s global presence with vehicles gracing roads in more than 80 countries and regions and the total number of customers around the world approaching 9.4 million. Chery has emerged as the preferred choice for drivers in numerous countries especially in the Egyptian market where Chery has a 16-year-history and with more than 110,000 consumers, ranks first among Chinese automobile brands.

The TIGGO 7 PRO, with its high probability of being introduced into the Egyptian market, is certain to be a very competitive model in the Egyptian SUV segment, providing Egyptian consumers with a rich driving experience bursting with smart technology features.