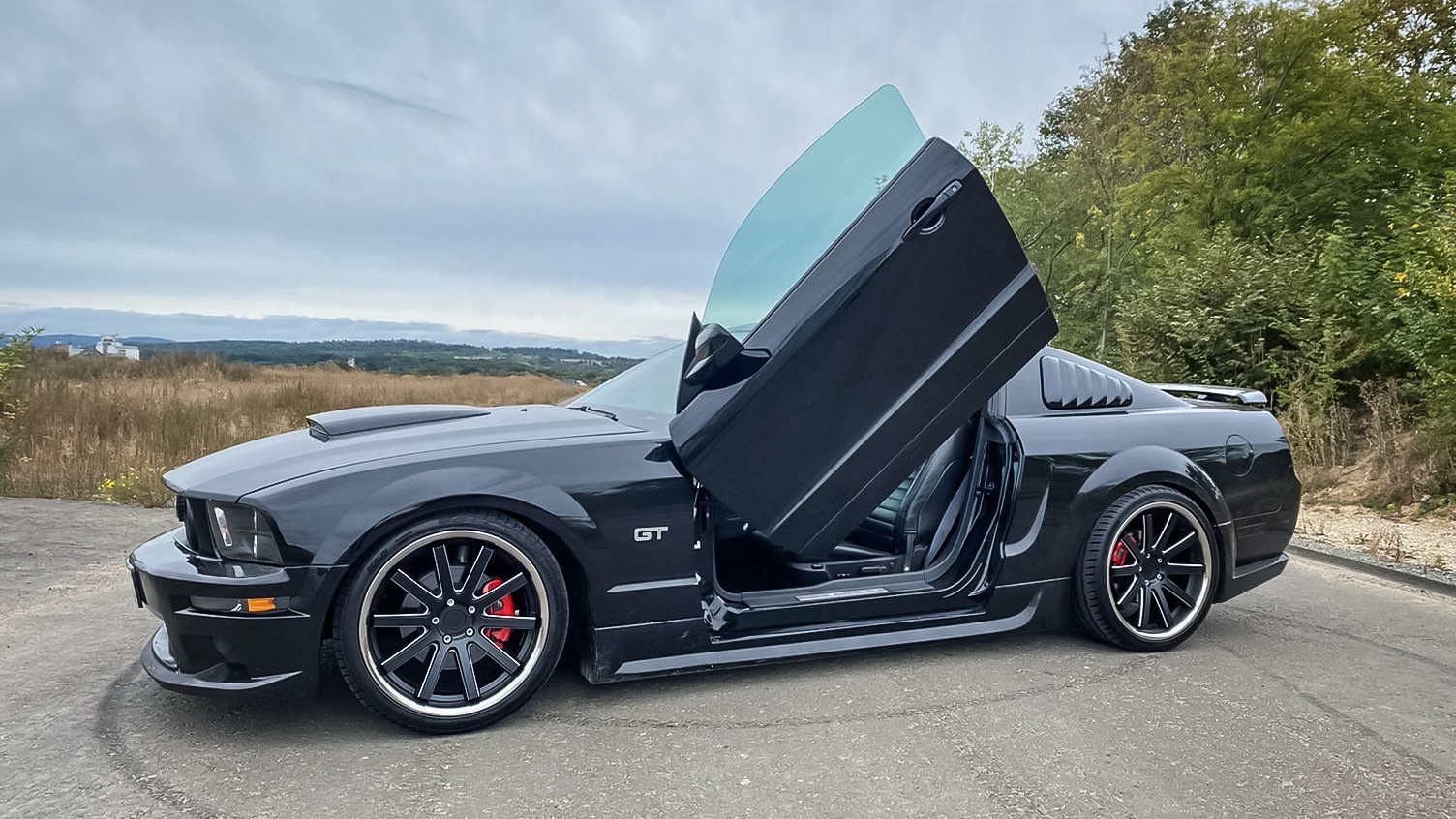 Ford’s sports coupe is known to be named after the wild horses of North America. Since it was and is one of the first and most popular representatives of its class, the Mustang even served as an identifier for the entire segment of pony cars. While the sixth Mustang generation is currently causing a sensation, earlier models still have many fans. This is proven by this example of the original version of the fifth generation S197 introduced in 2005, at the same time the first in the stylish retro design that cites the original from the 1960s. It got a set of high-quality Cor.Speed rims and a few other customizations.
The specialists from Wheels4you from Hildesheim, who act as Cor.Speed cooperation partner, mounted a set of the distinctive DeVille Inox wheels in the dimensions 9×20 and 10×20 on the axles of the Mustang. With their black ten-spoke stars and the highly polished outer areas of the beds, the rims with 255/35 and 285/30 tires not only look very beefy, but also look like two-piece wheels. The milled spoke contours also set real highlights. In order to align the combination harmoniously under the fenders, the Ford got a KW coilover suspension that lowers it by around 50 millimeters at the front and 40 millimeters at the rear.
Not only do the new headlights round off, but also the spectacular gull-wing doors and the extensive body kit. The latter includes new aprons, sills, a hood scoop and louver covers over the rear side windows.