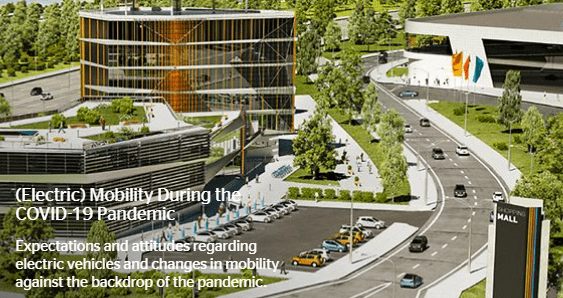 Increasing Importance of Private Transportation During the Pandemic

Private transportation has gained considerable importance as a result of the coronavirus pandemic. In order to minimize contact with others, many people are choosing to travel in their own cars. The use of public transportation and carpools, in contrast, has declined significantly worldwide. These are some of the key findings of the recently published Continental Mobility Study 2020. Within the framework of the study, representative surveys on people’s mobility habits were conducted in Germany, France, the USA, Japan and China in cooperation with infas, the renowned social research institute.
Dr. Ariane Reinhart, Continental Executive Board member for Human Relations and Sustainability, says of the study results: “The results of the Continental Mobility Study show that there is a global need for personal mobility. During the coronavirus pandemic, this demand has increased even more.” Dr. Ariane Reinhart continues: “Against the backdrop of the pressing climate issue, sustainable and – first and foremost – carbon-neutral solutions for global transport are therefore all the more important. As a technology company with one of the most comprehensive sustainability roadmaps in the supplier industry, Continental is set to make key contributions in many areas related to personal transport. Our goal is carbon-neutral mobility – by 2050 at the latest.”
Clear trend toward personal transportation as a result of the pandemic In France and Germany, 80 percent of respondents reported having changed their daily mobility habits during the pandemic. At 81 percent, a similar shift in behavior can be observed in the USA. The greatest change has occurred in Asia: in Japan, 88 percent of people have changed their mobility habits, with this figure rising to 93 percent in China.

Although the amount of travel has been reduced significantly for many people during the crisis, a large number reported having used their cars more frequently. This is especially the case in China, where almost half of those surveyed indicated that they were traveling more often by car. Considering that more people in urban areas participated in the representative survey, this is especially striking. In densely populated Germany with a comparatively tightly meshed public transportation system, a quarter of those surveyed are using cars more often than before the outbreak of the pandemic. Even in France, where freedom of movement and thus mobility has been restricted particularly severely, 16 percent of the population have been using cars more regularly. Germany (23 percent), the USA (22 percent) and Japan (21 percent) show similar trends.
The coronavirus pandemic is leading to greater personal mobility and thus to a further increase in traffic density in the five countries surveyed. “Modern vehicles with predictive software on board are now an important part of the solution to people’s mobility needs. Cars that bring their occupants safely and efficiently to their destination. Continental stands for these intelligent solutions,” says Dr. Ariane Reinhart.
In addition to cars, bicycles have also received a further boost due to the coronavirus pandemic. At 34 percent, the increase in the use of bicycles is particularly high in China, followed by Germany at 21 percent. It is a different story for public transportation, meanwhile, with half of the people in Germany saying they use public transit less often than before, and more than half in China and Japan. It is notable that 56 percent of people in the USA and 48 percent of people in France have made no changes in their use of buses and trains. In China, Japan and Germany, only around one-third of respondents reported likewise.
The question is whether this trend will continue after the crisis. Some of the results of the Continental Mobility Study 2020 seem to indicate this: between 6 percent of respondents in Japan and Germany and 15 percent in the USA reported that they have bought a car or are considering buying one in the medium to long term in light of the pandemic. In China, where the proportion of car owners is still significantly lower, this sentiment was echoed by as many as 58 percent of respondents. It is also notable that, comparatively, Chinese citizens reported more frequent use of car-sharing or carpool schemes or reliance on rental cars during the pandemic.

Overall, cars are part of daily travel for most people in all of the surveyed countries. In the USA, Germany and France, more than half of those surveyed said they use a vehicle daily or almost daily and around one-third reported driving a car at least once a week. At 43 and 41 percent respectively, the total for China reaches a similarly high level, but with fewer daily or almost daily trips than in Western industrialized nations. Only around a third of Japanese people surveyed reported driving daily or at least once a week, with 13 percent of respondents there stating that they forgo driving completely.
Conclusion As a consequence of the global spread of the coronavirus, daily mobility habits have changed significantly worldwide. People are avoiding using public transportation such as buses, trains and carpools across the globe – in Asia more so than in Europe. This is benefiting private transportation. Private cars and bicycles are the preferred modes of transportation.
The Continental Mobility Study Since 2011, the technology company Continental has carried out the Continental Mobility Study on various key topics at regular intervals. The Continental Mobility Study 2020 is the sixth edition of the study, which asks people in Germany, France, the USA, China and Japan about various aspects of mobility. One of the focus areas of the current study is electric mobility. In the first stage in September 2020, a representative sample of the population was surveyed in five countries on three continents.
In addition to the expectations and attitudes regarding electric vehicles, the survey also dealt with changes in mobility against the backdrop of the global COVID-19 pandemic. Measures to stop the spread of the virus temporarily reduced mobility to a great extent in all of the surveyed countries as part of strict lockdowns imposed on their populations. At the same time, the behavior of many people changed, even after the measures were relaxed and mobility could largely return to normal. The findings of the survey reveal specific changes in behavior, attitudes and expectations.
The Mobility Study 2020 is a joint effort between Continental and the market and social research institute infas, which has been supporting the Mobility Study since 2011.