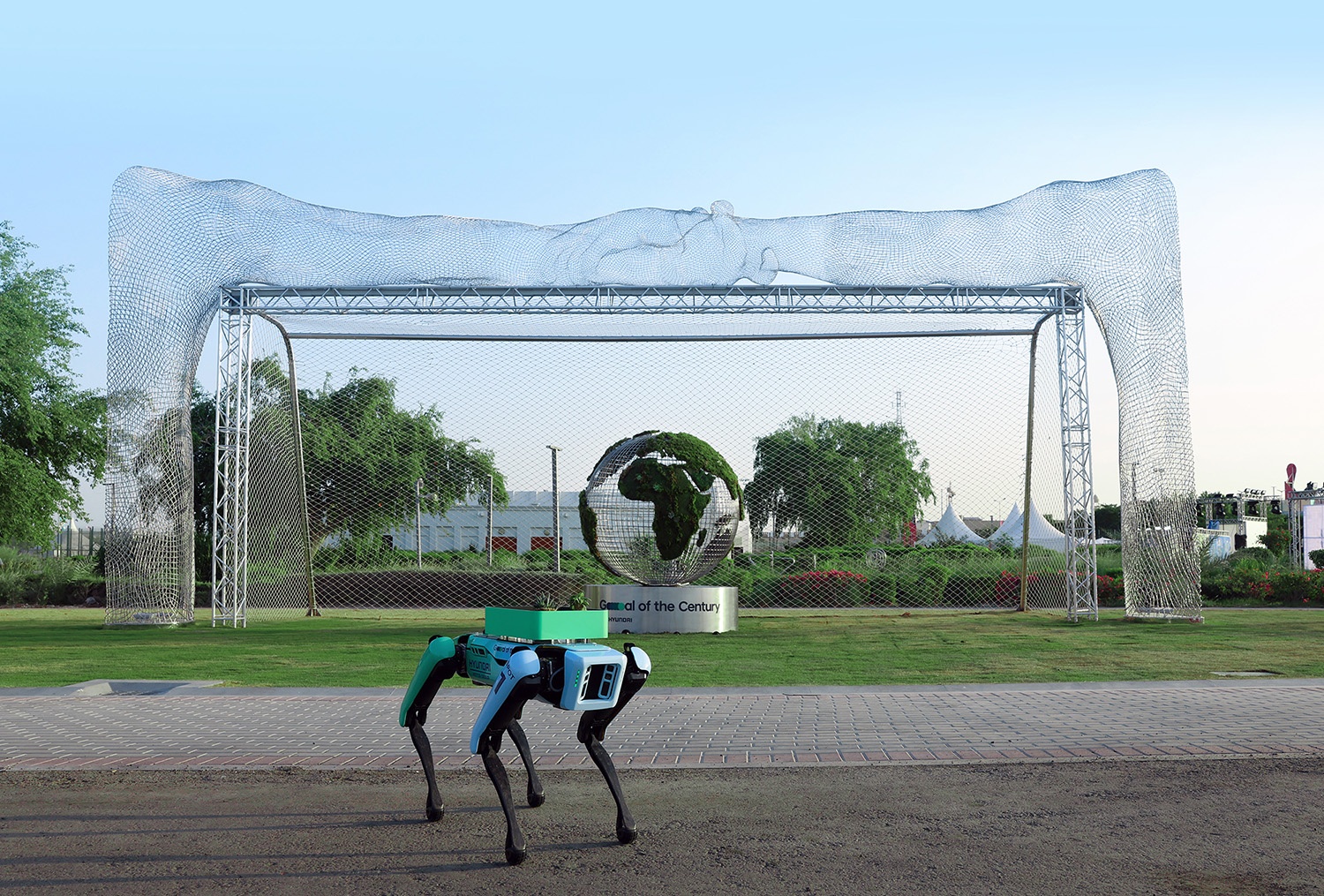 Hyundai Motor Company today opened the FIFA Museum presented by Hyundai at FIFA Fan FestivalTM in Doha, Qatar as part of its FIFA World Cup 2022TM ‘Goal of the Century’ campaign. Opening under the theme of ‘Goals Create History,’ the special exhibition within the FIFA Museum recalls the best moments and goals in FIFA World Cup™ history.

Hyundai built the FIFA Museum using the rammed earth construction technique, which allows the exterior of the building to return to nature without generating waste upon decomposition. Hyundai collaborated with UK based Architectural Consulting Group ‘Grimshaw’ and Germany based Design Agency ‘Uniplan’ for the construction and exhibition. The interior was finished with recyclable materials, highlighting the ‘Goal of the Century’ initiative’s commitment to sustainability. The exterior also embodies the combination of goal posts of the football field into one, conveying solidarity and unity toward the ‘Goal of the Century.’

At the opening event, the 2022 FIFA World Cup™ Winner’s Trophy was available only for the special viewing section, while the Jules Rimet Cup™, the original FIFA World Cup™ Trophy between 1930 and 1970, is now on show for the regular viewing section throughout the entire duration of the exhibition. The visitors can also see the iconic ‘Rainbow of Shirts’ display with the jerseys from all 32 qualified national teams as well as unique showcases dedicated to each FIFA World Cup™ since 1930, including original objects and their stories. Other highlights include screenings of the 8-minute film ‘The Final’. Within the exhibition, Hyundai is displaying Team Century’s signed campaign jerseys, along with signages of each member’s interpretation of his/her greatest ‘Goal.’ Hyundai Motor utilizes it as an opportunity to encourage visitors to join as a Team Century Supporter, sharing the vision and mission of the ‘Goal of the Century’ initiative.

“We are delighted and very excited to welcome football fans from all around the world in our exhibition in Doha during the FIFA World Cup 2022™ to be able to connect, engage and share the magic of football together”, said Marco Fazzone, Managing Director of the FIFA Museum. “Thanks to Hyundai, once again we celebrate football heritage and culture together with the world for the third time in the past four years in the host country during a major World Cup tournament. It will be another big milestone for the FIFA Museum and we can´t wait to open our doors as part of the FIFA Fan Festival™.”

“Sustainability is another goal Hyundai and FIFA envision together. Through football’s power of unity, we believe our world can come together under the theme of sustainability, to drive changes for a better tomorrow,” said Unsoo Kim, Executive Vice President of Hyundai Motor India, Middle East & Africa Strategic Region

The sculpture resembles a giant frame embodied by two hands holding onto each other, symbolizing the ‘Goal of the Century’ initiative’s mission of creating ‘A united world for sustainability.’ Measuring 7.7 meters high by 18.25 meters wide, the enormous sculpture is about three times the size of soccer goalposts.

Quinn made ‘The Greatest Goal’ sustainably with recycled steel mesh, featuring more than 70,000 weld points. At the sculpture’s core sits a recycled steel globe, dressed in living layers of foliage. Sitting just on the goal line, the globe’s placement represents Hyundai’s commitment to its greatest ‘goal’ of uniting the world to build a sustainable future. To showcase this vision, members of Team Century as well as Unsoo Kim and Jürgen Griesbeck together completed the artwork by each adding a layer of foliage to the globe.

It was important to both Hyundai and Quinn that FIFA World Cup 2022TM’s host country play a part in the sculpture’s creation. The sculpture is hand-woven by local Qatari fishermen using traditional crafting techniques, completing the goal with a recycled linen-based net. This process unites old and new sculptural technologies and acts as the perfect metaphor for fostering a united world for sustainability.

“We may not yet be where we need to be, but in pledging to change we are taking a step closer to scoring the world’s greatest goal of making a difference together,” Quinn said. “The most important thing in achieving a united world for sustainability is harmony with our environment and everything that surrounds us. Humankind needs to work hand-in-hand to achieve one goal of sustainability, and this narrative is in line with the meaning of this sculpture.”

Further, a campaign video to mark the finale of the ‘Goal of the Century’ will be run as an advertisement in between the live matches of FIFA World Cup 2022™. Narrated by Team Century’s captain Steven Gerrard, the video delivers a hopeful message that when we unite as a team towards one goal, we can together achieve a sustainable world. Along with Hyundai’s IONIQ all-electric vehicle lineup, the video also includes Team Century members BTS and SPOT to create a great wave of ‘Goal of the Century.’

Hyundai launched the Goal of the Century (GOTC) World Cup campaign with the slogan ‘A united world for sustainability’ in April with ‘Team Century,’ a group of ambassadors that will promote various environmental and social sustainability projects throughout 2022. Since then, the company has been carrying out various activities such as holding ‘Hyundai Goal of the Century Pledge’ event and releasing the World Cup Campaign Song, ‘Yet to Come (Hyundai Ver.)’ with BTS. Hyundai will also provide 616 fleet vehicles during the FIFA World Cup 2022TM. Of that fleet, there will be 446 passenger vehicles, with just over half (226 units) being hybrid electric (HEV) and battery electric (BEV) models.