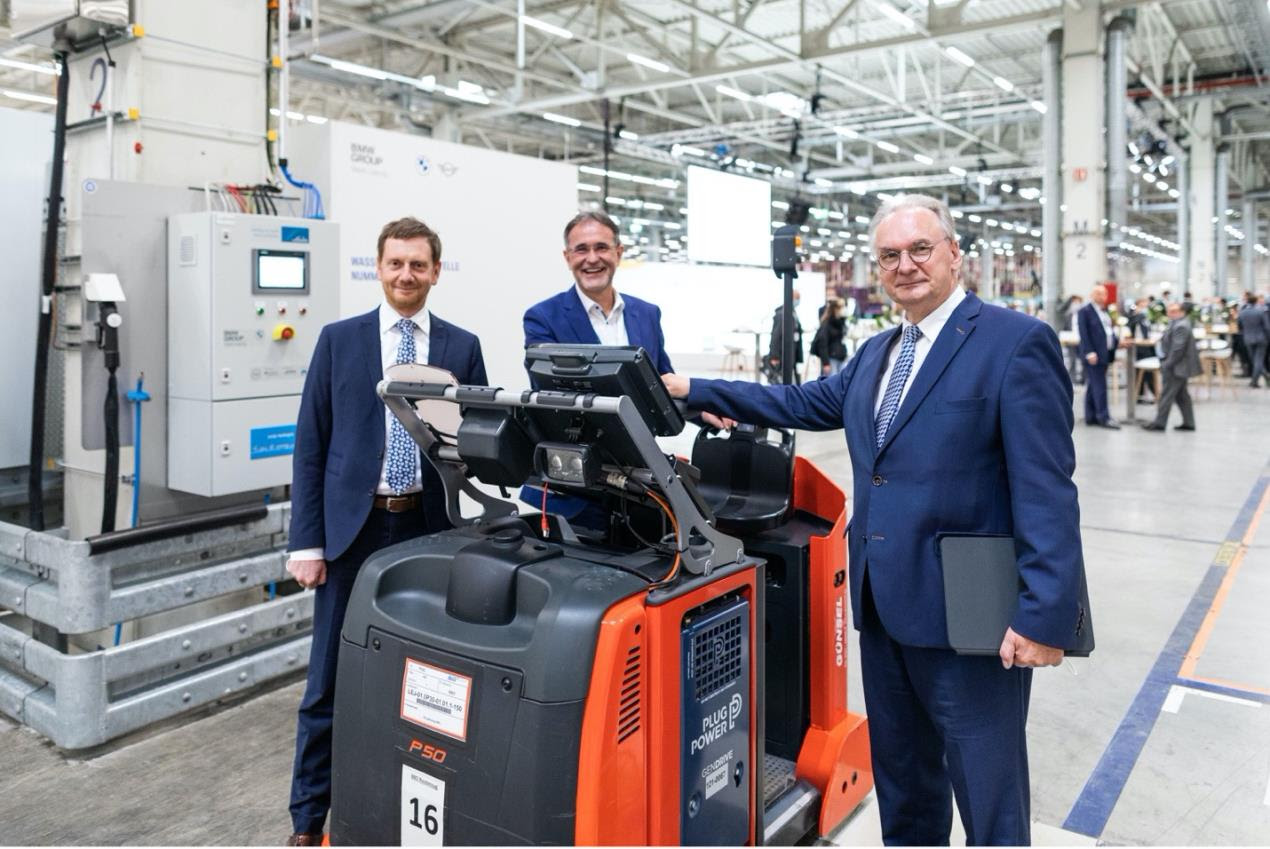 Hydrogen as a key future technology ​

The BMW Group has clear goals for effective climate protection and sustainable mobility up to the year 2030 – and products and production are affected.

“Our solution to the challenges of environmental policy is technological innovation. Technology is where the key to the future lies – and it’s our constructive response for climate protection,” said Hans- Peter Kemser, Director of BMW Group Plant Leipzig. As a green plant, Leipzig aims not only to be carbon-neutral but also to operate carbon-free production. “Our vision is to fully decarbonise production by replacing fossil fuels with future fuels in the shape of green hydrogen,” he added.

And that’s why Hans-Peter Kemser was all the more delighted to host the Central German Hydrogen Summit, which took place at BMW Group Plant Leipzig today. In attendance were Michael Kretschmer, Minister President of the Free State of Saxony, Dr. Reiner Haseloff, Minister President of the state of Sachsen-Anhalt, Henry Graichen, County Commissioner of the Leipzig District, Kai Emanuel, County Commissioner of Nordsachsen, Burkhard Jung, Lord Mayor of Leipzig, and Egbert Geier, Mayor of Halle, along with numerous guests from business, politics, administration and academia taking part in discussions at the plant. The event was streamed live, with speakers exploring application and investment plans as well as the establishment by 2030 of a full-coverage hydrogen infrastructure for the Halle and Leipzig region.

In his welcome speech, Hans-Peter Kemser listed the three main challenges of using green hydrogen: how to ensure sufficient supplies for the plant, which technologies exist or need developing to enable the use of hydrogen, and how to remain profitable despite the current high cost of green hydrogen. All three points are currently being investigated and assessed with partners from politics and business.

In a first step, hydrogen is already being used in logistics to power tractors and forklifts carrying required parts to the assembly lines. The first such vehicles went into service back in 2013, and Plant Leipzig now operates 81 in total. With a further 37 to be added shortly, Plant Leipzig will have the largest hydrogen-powered logistics fleet in Germany. Like conventionally powered vehicles, the hydrogen fleet has the great advantage of being very quick to refuel – and the filling stations take up little space.

The Hydrogen Summit also provided the backdrop for BMW Group Plant Leipzig to inaugurate its fourth on-site hydrogen filling station. The first went on stream in 2013 in the BMW i bodyshop and was the only indoor H2 refuelling station in Germany at the time. Two more followed in 2018, and a fourth is now also set to supply the steadily rising number of hydrogen vehicles. About 50 kg of hydrogen are put into their tanks every day – all of it certified green since day one.

BMW Group Plant Leipzig has always been planned as a “green plant” and has set standards in sustainability in many areas, from production of the electric BMW i3 and BMW i8 to the site’s four wind turbines and battery farm, and the hydrogen-powered vehicles operating in intralogistics. A holistic approach to advancing sustainability has been the goal throughout.

BMW Group Plant Leipzig is one of the most cutting-edge and sustainable car plants in the world. Series production was launched in 2005, and today some 1,100 vehicles a day roll off the production lines. The current product portfolio comprises the BMW 1 Series, BMW 2 Series Gran Coupe, BMW 2 Series Active Tourer, BMW 2 Series Coupe and Convertible, the BMW M2 Competition and the BMW i3.

The BMW Group has already invested a total of more than 3 billion euros in its site at Leipzig, which has a regular workforce of around 5,400 people.