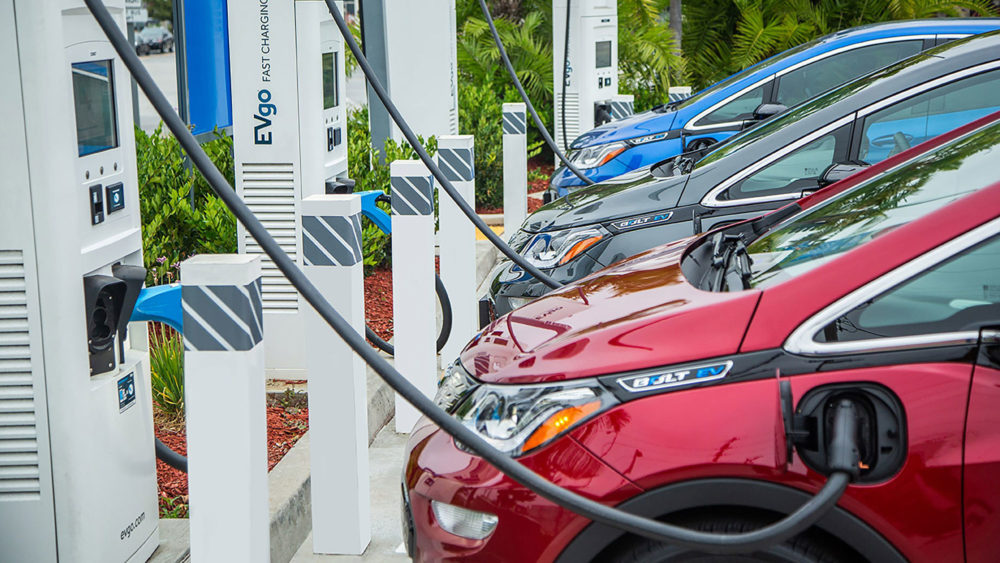 With climate change continuing to be an important topic around the world, more questions are being asked of how automobile manufacturers can help reduce the emissions that are being produced by vehicles on a daily basis.

According to statistics from the International Energy Agency, road transportation accounts for three-quarters of transport emissions while transportation alone makes up one-fifth of global carbon dioxide emissions. It is a significant problem and one that simply cannot be ignored. [1]

In recent years, several vehicle makers including Hyundai Motor Company, have committed to play their part in addressing this issue by providing clean mobility. We are already seeing the beginning of this with many clean and energy-efficient vehicles being driven on the roads today.

Most of them are battery electric vehicles (BEVs) which are becoming an increasingly popular choice for consumers today. It is easy to see why. Many governments around the globe have rolled out financial incentives to encourage the adoption as part of its long-term strategy to go green.

For instance, the United Kingdom is set to ban the sales of new cars and vans that are powered by diesel or petrol from 2030 while the American government has pledged to invest heavily in clean energy including electric vehicles with plans to install 500,000 new charging outlets by the end of 2030. This would be a huge jump given there are currently less than 29,000 public EV chargers across the U.S. [2]

Although these plans would help accelerate the sales of BEVs, trying to change the majority of people’s behaviours to switch to ‘greener’ and sustainable vehicles will not be easy.

How long would it take to charge? Is it affordable? How far would consumers be able to travel and how long would the batteries last before it needs replacing? These are just some of the questions being raised by potential new buyers before making the final decision and doing their part in protecting the environment.

Many of these answers are largely down to the use of advanced technologies and how practical they are. Today, more organisations within the industry are collaborating to leverage different forms of technologies to develop vehicles and infrastructure that will make BEVs a climate-friendly way to get around.

While these are big steps forward, BEVs are not the only transport solution that will help make our cities and towns cleaner.

Hydrogen power has been on the market for many years but in a very limited capacity. Yet, it has been identified as a key green transportation technology and in recent years, Hydrogen, the most abundant element on Earth, has become a vital resource in the automotive industry.

Hydrogen cars or fuel-cell electric vehicles (FCEV) as they are widely known today are unlike BEVs.

Firstly, FCEVs are installed with a hydrogen tank that enters the fuel cell using a combination of hydrogen and oxygen which generates electricity to power the motors. This means that hydrogen cars have characteristics of both electric cars due to the use of electric energy and conventional petrol cars which have tanks.

As well as reducing carbon footprints and greenhouse gases, another difference is that FCEVs do not require consumers to plug in the vehicle to an outlet for refuelling which can be done between five and 10 minutes.

For example, the Hyundai NEXO Fuel Cell only needs less than five minutes to refuel for a driving range of up to 380 miles. To put that into perspective, that is almost the distance of a full-round trip between Washington DC and New York compared to BEVs which can range between 100 and 200 miles. [3]

Furthermore, FCEVs can store more energy at a lower density while hydrogen is a more sustainable and long-term fuelling option that can be used for long periods without even harming the environment.

Despite these positives, one of the biggest challenges is costs. Although a variety of FCEVs have been rolled out in the last two decades including Hyundai’s Santa Fe FCEV –the Company’s first fuel cell EV and the world’s first mass-produced FCEV Hyundai ix35, the demand is relatively low.

There are many reasons for this but one of the main problems is that they are expensive to buy. This is largely down to manufacturing and technology costs which will only drop when production numbers rise.

Even if consumers can afford a new FCEV, there needs to be a substantial number of Hydrogen fueling stations across all countries and these facilities will only be built by fuel companies if there is enough business.

However, the Kingdom of Saudi Arabia is among the countries that already have installed at least a fueling station which shows that some nations are more than ready to welcome hydrogen-powered vehicles to their roads.

It is clear that BEVs and FCEVs have the advantage of producing zero local emissions and at Hyundai Motor, we see a bright future for both types of vehicles. It is part of our vision to produce automobiles that are sustainable and eco-friendly.

Yet, we realise that a huge amount of work needs to be done to provide a clean mobility landscape. As part of our long-term strategy, Hyundai plans to roll out at least 12 BEV models with the objective to sell 560,000 EVs per year by 2025. During this same period, Hyundai Motor Group, plans to expand its BEV lineup to 23 models by 2025 with the goal to sell 1 million units annually in global markets.

At the same time, Hyundai Motor Group has set out its ‘FCEV Vision 2030’ roadmap, reaffirming its commitment to accelerate the development of a hydrogen society by leveraging its global leadership in fuel cell technologies.

During the next nine years, Hyundai Motor Group aims to secure a 700,000-units-a-year production capacity of fuel cell systems for automobiles as well as for non-automotive sectors, such as vessels, rail cars, drones and power generators.

As for fuel cell vehicles, Hyundai Motor has already started exporting its XCIENT Fuel Cell, the world’s first mass-produced fuel cell heavy-duty truck with 2,000 units being developed per year by 2021 to support expansion in Europe, the U.S. and China as demand for clean transport solutions grows.

Overall, it is inevitable that we will be seeing more BEVs and FCEVs being driven in the future as they are part of the solution that will make our cities cleaner. If members of society are to shift to these vehicles, it would require policy-makers, governments and industry experts to work together and overcome any challenges.

It is simply not enough to develop these vehicles for the roads in mass production unless there is sufficient infrastructure in place and are affordable to buy and operate. Therefore, resourcefulness will be key to clean and sustainable mobility.