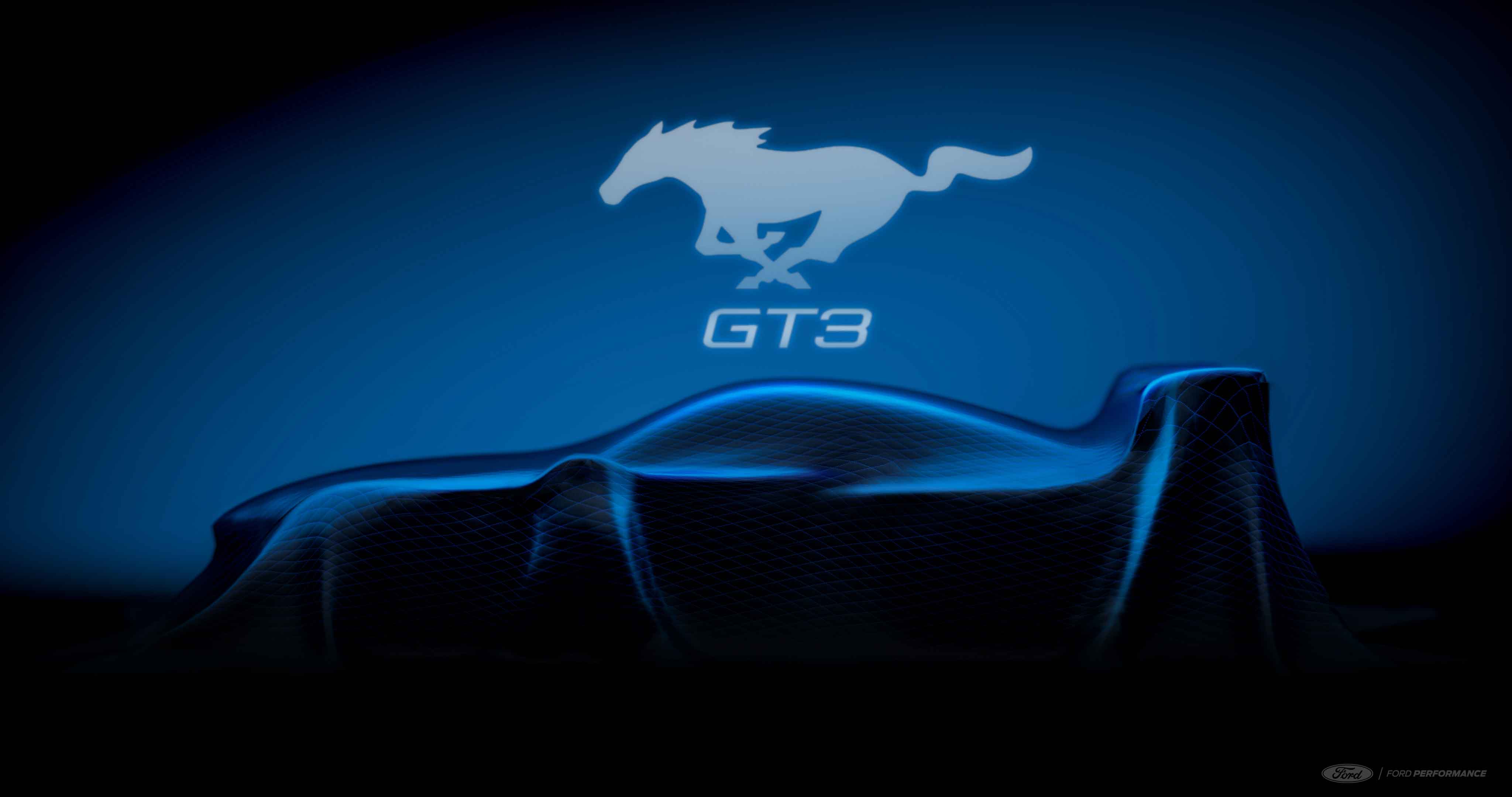 Ford Mustang, the iconic sports car that created the pony car segment, will lead Ford’s return to global sports car racing as Ford Performance prepares a new GT3 race car for competition in 2024.
Ford Performance revealed plans for its all-new Mustang GT3 race car that will compete in the International Motor Sports Association (IMSA) 2024 race season, including the 24 Hours of Daytona.
The new Mustang effort, announced in advance of the Rolex 24 at Daytona, will be a joint program between Ford Performance and long-time racing collaborator Multimatic Motorsports. It will feature both a two-car factory-backed IMSA GTD Pro works team managed by Multimatic, as well as customer Mustang race cars for the GTD class starting at Daytona in 2024.
“Mustang was born to race from the start and we’re thrilled to introduce the GT3 version to compete head-to-head against some of the greatest manufacturers in the world,” said Mark Rushbrook, Ford Performance Motorsports global director. “With 58 years of global endurance racing heritage, including NASCAR and Australian Supercars today, we are ready to take Mustang to the next level of global performance.
“Multimatic Motorsports is the perfect partner on this project for us,” said Rushbrook. “Not only have they worked with us to develop numerous customer Mustang programs in the past, but its work on the Ford GT program and the new Bronco® DR customer race programs has shown together we can provide championship-level race programs for Ford and its customers.”
“We’re excited to work on this new IMSA program as well as the GT3 customer program with Ford Performance,” said Larry Holt, Executive Vice President of Multimatic Special Vehicle Operations. “We have a long, great working relationship with each other, both at the highest levels of professional sports car racing, and in developing competitive customer race programs and vehicles. We appreciate their faith in us, and together, we can’t wait to show the world what’s coming down the road with Mustang.”
The new Mustang GT3 racer will be powered by a Ford 5.0-liter Coyote-based V8 engine developed by Ford Performance and built by long-time racing collaborator and world championship winning team, M-Sport of Cumbria, England.
The two organizations have a rich history in the FIA World Rally Championship and recently collaborated on the development and preparation of the Ford Puma Hybrid Rally1, which finished 1-3-5 in its debut race at the Monte Carlo Rally in January.
“We are delighted to be broadening our relationship with Ford and extending it into the racing world after a very successful 25 years together in the World Rally Championship, which is once again delivering stunning results with the Puma Hybrid Rally1,” said Malcom Wilson, owner of M-Sport. “M-Sport has a wealth and depth of circuit racing knowledge and expertise, particularly from our GT3 programme that used an M-Sport developed V8 engine for GT3 that powered us to victory in the 2020 Bathurst 12-hour race and 2019 1000km of Paul Ricard.
“Our most recent engine project has seen us become the official British Touring Car Championship engine supplier which also uses Ford engine architecture,” Wilson added. “We are very excited about working directly with Ford Performance and Multimatic on the Mustang GT3 and will be working very hard, leaving no stone unturned as we join forces to fight for more victories around the world.”
The race-specific powerplant will continue the heritage of high performance naturally aspirated V8s in the Mustang platform. The engine will carry the heart and soul of the world-renowned Ford Coyote® and have performance and packaging modifications to make it championship ready for world class GT3 endurance racing.
The new Mustang GT3 race car will feature bespoke Short-Long Arm suspension front and rear, rear-mounted transaxle gearbox, carbon fiber body panels, as well as a unique aero package developed to meet GT3 targets.
Ford and Multimatic will make both factory-backed and customer-ready GT3 Mustangs available to teams from the start of the 2024 season.
Joey Hand, one of the winning drivers in the 2016 Le Mans 24 Hours GTE Pro class in the Ford GT, is going to be one of the test drivers for the new program, as well as continuing on in his role as a development driver and coach for Ford Performance. As part of that, he will also drive six NASCAR Cup road course races in 2022 in a Rick Ware Racing Ford Mustang.
“It’s awesome to be on the ground floor of another amazing sports car racing program with Ford,” said Hand. “As much as I like to compete and win on the track, I also enjoy being part of the development of new race vehicles like this Mustang. We did a lot of testing with the Ford GT program, so it will be great to be working again with a lot of the same people at Ford and Multimatic as we get this car ready for competition.”
New Mustang GT4 On The Way Too
Although the Mustang GT3 for IMSA is new, Ford and Multimatic confirmed that the successful Mustang GT4 customer race program will continue into the future, with a new Mustang GT4 expected to debut in the 2023 season.
The new Mustang announcements for sports car racing adds to a series of new racing Mustangs coming in the near future for Ford Performance. The 2022 Next Gen Ford Mustang debuted in the NASCAR Cup series at the LA Coliseum and then at the Daytona 500 two weeks later. And Ford Performance is developing its new Gen 3 Mustang for the Supercars Series that will debut at the start of 2023.