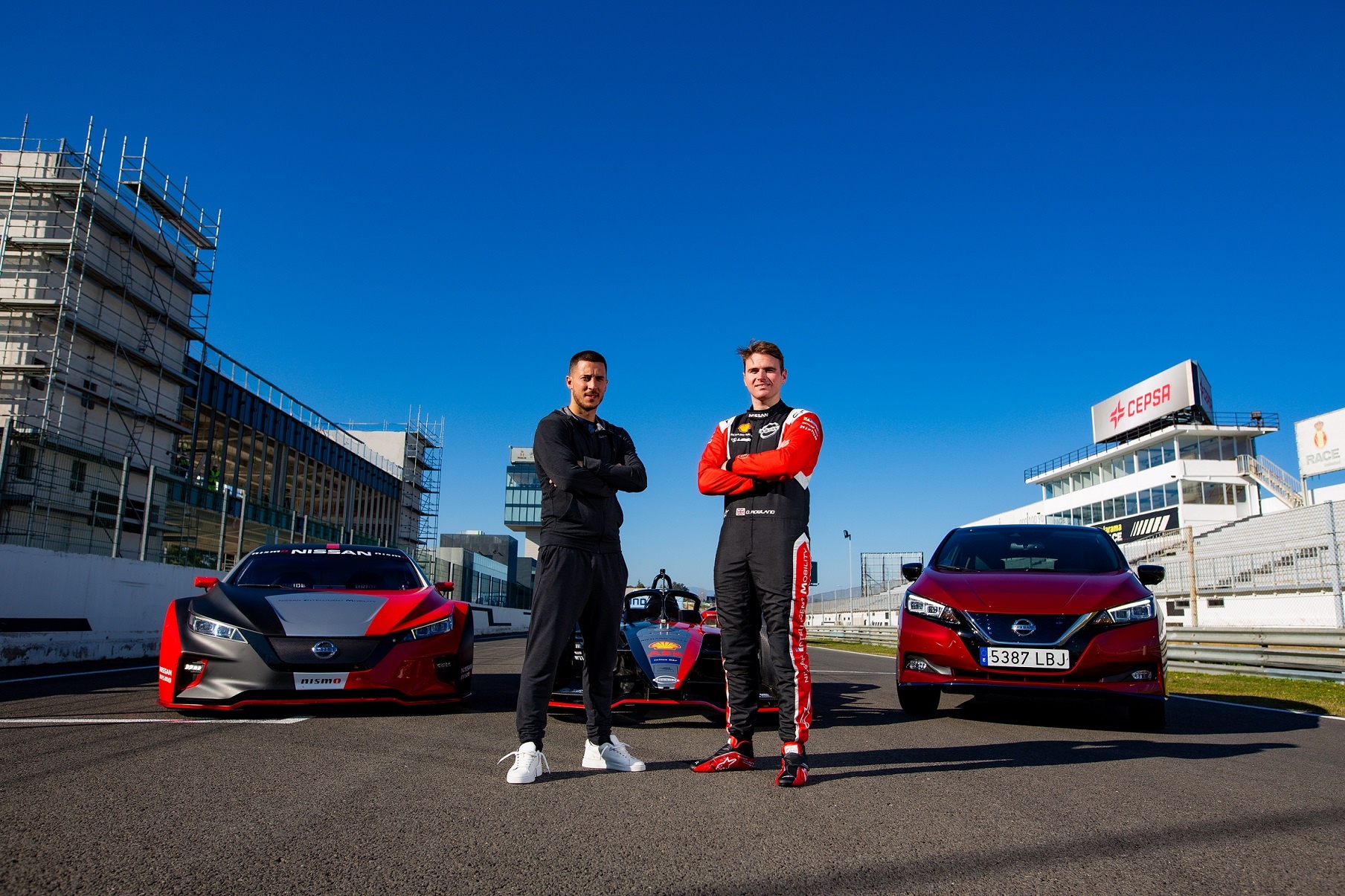 Eden Hazard loves the thrill of speed. Oliver Rowland loves football. When the two met at the Jarama Circuit in Spain to push Nissan’s high-performance electric cars to their head-spinning limits, the excitement was mutual.

Hazard, a star football player for Real Madrid C.F. and a Nissan global brand ambassador since 2018, took the wheel of the Nissan LEAF e+ under the expert tutelage of Nissan Formula E team driver Rowland. Next, Hazard experienced the full power of the official UEFA Champions League Trophy carrier, the LEAF NISMO RC, capable of accelerating to 100 kph in a dizzying 3.4 seconds.

Hazard, 29, known for his speed and acceleration, plays as winger or attacking midfielder for Real Madrid. He is also the captain of Belgium’s national football team – currently FIFA’s highest-ranked team worldwide. When he became a Nissan ambassador, Hazard expressed a wish to convert to electric mobility right away. The wish was granted as he drove his brand new, zero-emission Nissan LEAF e+ from the Caetano Reicomsa Nissan dealership in Madrid directly to the track, where he met up with Rowland.

Rowland gave Hazard some tips about driving his new EV, before teaching him how to handle the track-only LEAF NISMO RC.

“I knew that electric vehicles can be fun to drive on the street – but wow, what a track experience!” Hazard said after the session. “I particularly enjoyed driving the Nissan LEAF NISMO RC. I love performance cars, and the instant acceleration this car produces is incredible.”

Said Rowland, “I’m a huge football fan, so it was a real thrill for me to meet one of the world’s best players. Eden did very well, and seeing the excitement on his face was priceless.”

“Eden Hazard is a true high-performance athlete, and we jumped at the chance to give him firsthand experience with our latest EV technology,” said Tommaso Volpe, Nissan’s global motorsports director. “There’s nothing like seat time to gain a true understanding of Nissan’s electric vehicles and what they’re capable of.”