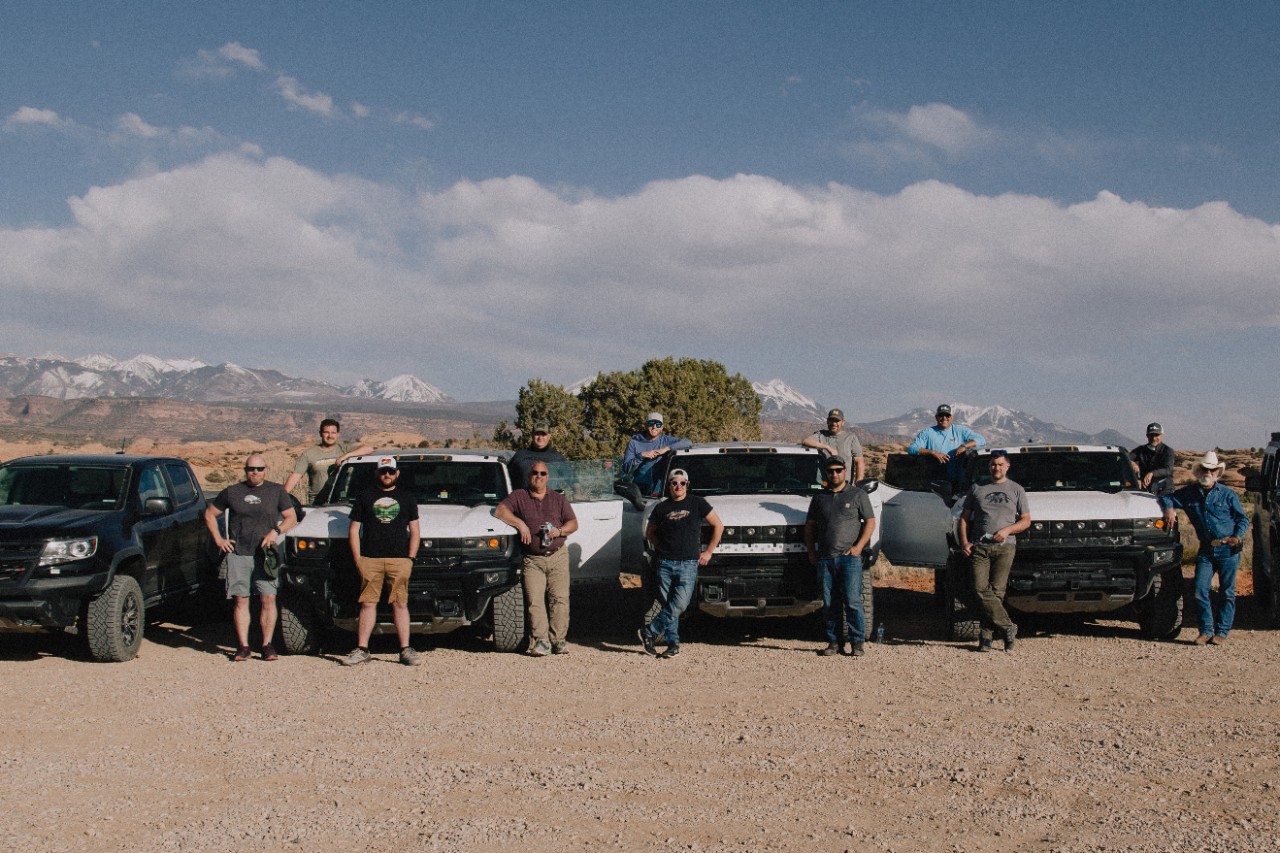 Following its premier in the US, the “REVOLUTION:
GMC HUMMER EV” documentary is now streaming on GMC’s YouTube channel. Grab
the popcorn and settle in, as the documentary brings to life the development of the all-
electric supertruck in never-before-seen footage.
The 60-minute documentary follows the hand-selected team from General Motors who
helped bring to life the company’s first all-electric pickup in record time; just over two
years. Thanks to the documentary crew’s unfettered access, viewers can now get
behind-the-scenes on key moments in the development of the GMC HUMMMER EV –
from inception to start of production.
“Our goal was to upend what an electric vehicle is capable of and push the boundaries
from 100 years of vehicle development experience,” said Executive Chief Engineer Josh
Tavel. “This documentary captures the soul of a team capable of incredible innovation
and resilience. Their learnings are laying the foundation of vehicle development for
decades to come.”
GMC selected Detroit-based WTP Pictures and Hiatus Post to produce the film with
director Sean King O’Grady bringing the team’s journey to life. Join the team in the
freezing temperatures of Michigan’s Upper Peninsula as they push the limits of the
HUMMER EV on snow and ice. Then, head to the scorching heat of Moab, Utah as the
team crosses the desert and steep red rocks to fine-tune the truck’s off-road
capability. Along the way, viewers will dive deeper into GM’s testing and development
facilities – previously unseen by the public – including the storied halls of the GM
Design building at the Global Technical Center in Warren, Michigan and the company’s
intense proving grounds in Milford, Michigan and Yuma, Arizona.
The documentary also captures the build-out and retooling of Factory ZERO Detroit-
Hamtramck assembly plant and showcases the development of GM’s Ultium Platform, a
dedicated EV architecture and propulsion system that is flexible for application in
nearly every type of vehicle. Alongside the 2022 GMC HUMMER EV, this trifecta
reinforces GM’s commitment to an all-electric future.
“What we discovered when we started capturing this process was far more fascinating
than what we could have hoped for. We witnessed GM’s first major entry into perhaps
the greatest transformation of the auto industry in nearly a century, being executed by
a bold and passionate team who inspired us more each day, giving us unfettered
access to every step of this incredible journey,” said O’Grady.
“Throughout the film, we incorporated imagery of the GMC HUMMER EV being fine-
tuned and tested across a variety of rugged terrains and cutting-edge industrial

settings,” said Jesse Ford, founder of WTP Pictures and producer of the film. “We’re
excited to show audiences how hobbies and experiences inspired real world features
like CrabWalk.”
The 2022 GMC HUMMER EV is the first all-electric vehicle in GMC’s portfolio and
features revolutionary architecture that delivers unprecedented off-road capability and
on-road performance. Throughout the documentary, viewers can see how the team
developed the industry-first innovations, including CrabWalk, a segment-exclusive
technology, and the revolutionary Watts to Freedom launch control mode.
Production of the 2022 HUMMER EV Pickup began in late 2021 at GM’s Factory ZERO
Detroit-Hamtramck Assembly Center – a 40-year-old facility revamped by a $2.2-
billion investment dedicated to GM’s all-electric future.
GMC’s electric lineup will expand with the 2024 HUMMER EV SUV, which will go into
production at Factory ZERO in early 2023.