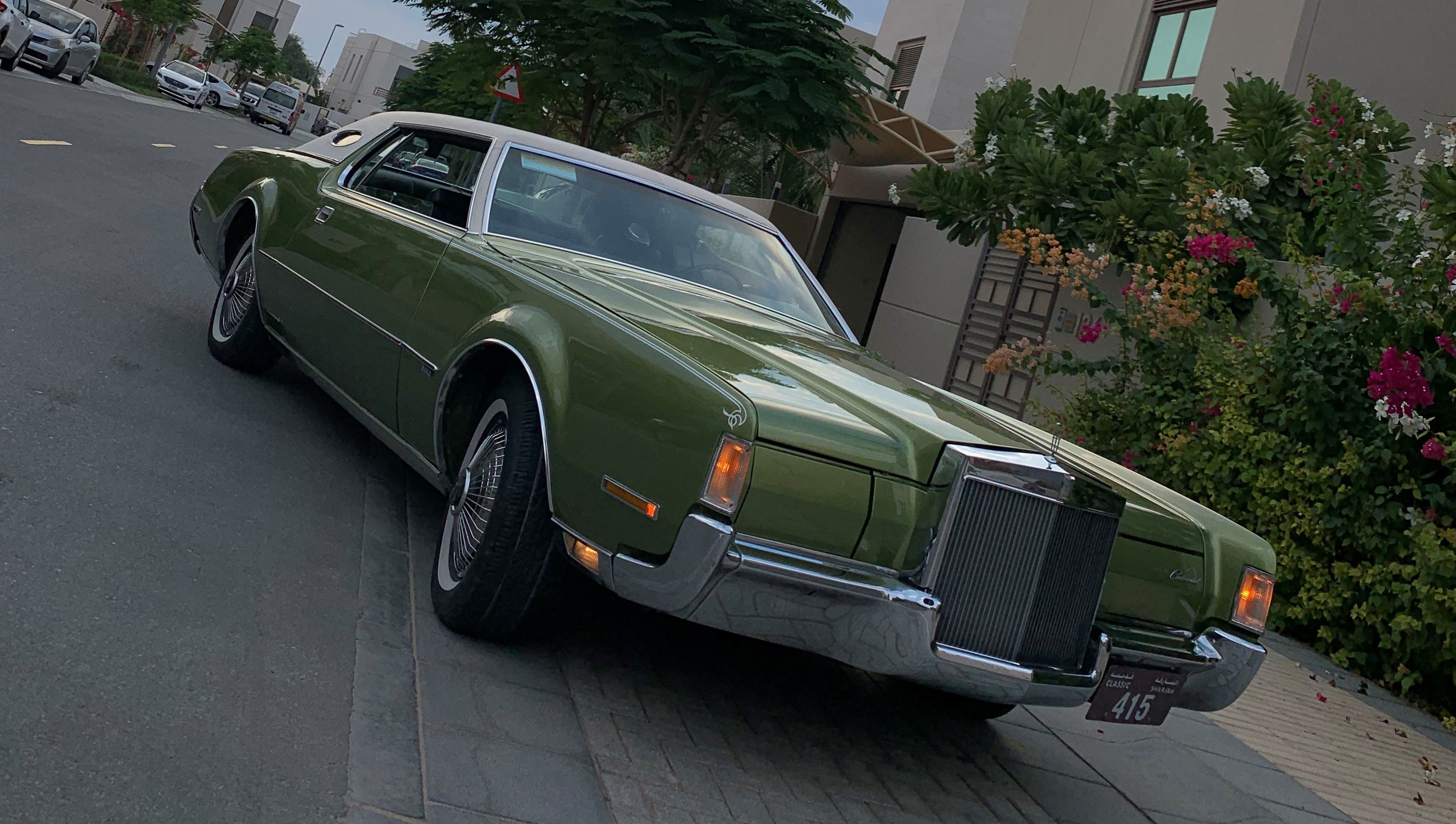 Despite the last chance Lincoln Town Car saloon rolling off the production line almost a decade ago – and the introduction of Lincoln-exclusive advanced technologies and a modern, luxurious, ‘Quiet Flight’ identity – desire and demand for the American classic has failed to wane.

Mohammed Al Abadi has long recognised the Lincoln Town Car’s classic credentials, though only stumbled upon the need for a UAE Lincoln Club last year. Having made contact with the Saudi Lincoln Club and discovering the lion’s share of modern classic Lincoln owners in the region were based in the Emirates, he set about founding the UAE chapter, replete with social channels and scheduled meets. And from the humble beginnings of three, to a group of more than 90 in less than 12 months, the 1972 Lincoln Mark IV owner has already overseen the entire club’s fraternity contribute to a Guinness World Record: World’s Biggest Car Gathering.

Born of necessity and desire to discuss spare parts, road trips and gatherings, and, crucially, what makes their particular Lincoln so classically special, Al Abadi notes the group’s shared appreciation for classic Lincolns’ unparalleled design beauty and their retention of a golden age-like identity.

“Our passion for Lincoln is derived from the golden age of luxury vehicles that boasted unparalleled beauty and classic design,” said UAE Lincoln Club founder Al Abadi. “The Lincoln brand meant ultimate American luxury back then – comfort, bespoke design, character – and that’s something worth honouring.”

Lincoln’s traditional luxury in contemporary packaging has met the needs of its customers time and time again, but few have captured the imagination in the Middle East quite like the Town Car. Perhaps buoyed by a raft of awards in the ‘Nineties – including the 1990 MotorTrend Car of the Year, and an unrivalled four consecutive years (1996-1999) scooping the RL Polk & Co Automotive Loyalty Award in the Luxury Car class; not to mention JD Power’s Most Appealing Mid-Luxury Car award in 2002 – Lincoln’s Town Car has become somewhat of a cult classic.

For three decades the Lincoln Town Car proved popular with discerning luxury automotive customers; and twenty years before that, dating back to the late ‘Fifties as a trim level. And it’s that fifty-year timeframe that has contributed to such a varied collection of Town Car enthusiasts, resulting in quite a diverse current top three vehicles in the UAE Lincoln Club’s stables; models that straddle decades and iterations, from the Town Car trim of Al Abadi’s Mark IV and his pristine 2003 Lincoln Town Car Cartier, to the 1988 Royal Lincoln Town Car Signature Series.

Introduced as a model in its own right in the ‘Eighties, the Lincoln Town Car spent its formative years as a trim level – such as Al Abadi’s stunning 1972 Mark IV. But you can actually go back to Lincoln’s beginnings to find the first Town Car, then more a body style than a model. The various examples of the elegant Town Car in the Roaring ‘Twenties a century ago merely derivatives of the four-door saloon, and one of the few body styles that could be formal and sporty simultaneously. The passenger compartment was enclosed, the driver’s cabin open, and the Town Car was always chauffeur-driven.

Even back then, the Lincoln Town Car owner who really wanted to be noticed could specify one of the designs which incorporated a folding or removable top and  side curtains, or roll-up windows. Arriving in a Lincoln Town Car meant something special, where the experience of driving to your destination was just as meaningful as reaching it.

Though Lincoln ceased production of the Town Car in 2011, it’s not unusual to see one on the region’s roads, with the later models still holding firm as daily drivers. For the real classics, however, the UAE Lincoln Club displays its pride and joy during numerous meets and car festivals.

Lincoln maintains a strong pride in its exceptional heritage, one that dates back more than 100 years, while also delivering an extraordinary portfolio of products for the today’s Lincoln owners. For future classics, visit your local Lincoln showroom to drive one of the luxury marque’s SUVs, which continues that storied brand heritage of beautiful design, while adding the advanced technologies desired by luxury customers.