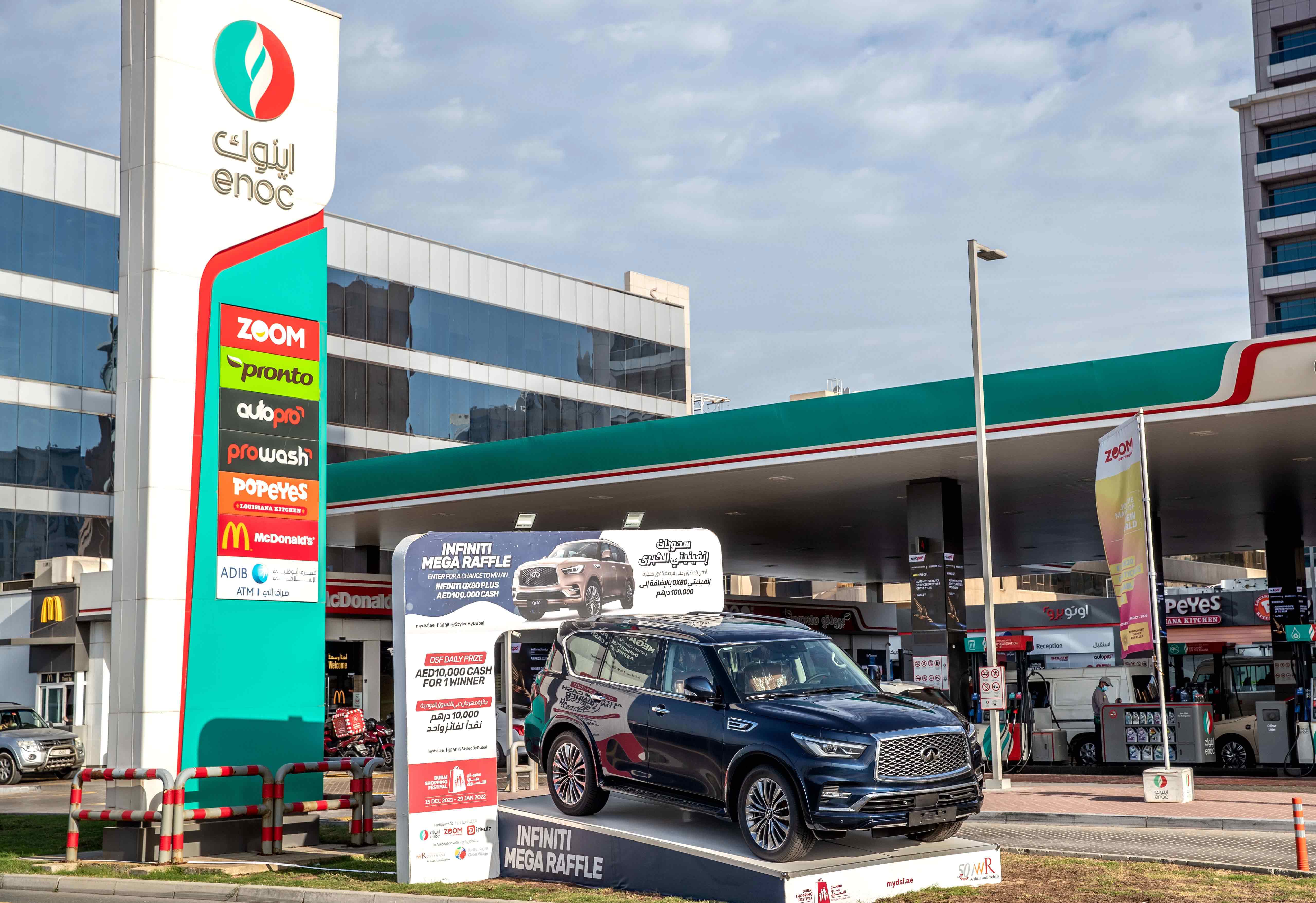 ENOC Group, the Official Integrated Energy Partner of Expo 2020 Dubai, has concluded the 27th edition of Dubai Shopping Festival with cash prizes worth over 530,000 AED as well as 40 cars.

For the first time, ENOC included fuel as part of its DSF promotion. Customers who fuelled their cars for a minimum of AED 75 at any ENOC or EPPCO service stations were able to enter the Nissan Grande Raffle to stand the chance to win a 2022 Nissan car. Two lucky winners took home Nissan Patrols, while five others won Nissan Xterras, 15 won Nissan Xtrails and 18 winners took home a Nissan Kicks.

The Infiniti Mega Raffle returned this year, which saw winners’ bag daily prizes of an Infiniti QX80 and AED 100,000 as well as a daily AED 10,000 cash prize. Over 66,000 Infiniti Mega Raffle tickets were sold in total across ENOC sites and other locations, with 34 first and second prize winners.

Through the participation of its 249 service stations, Tasjeel sites and Zoom and Autopro outlets in Dubai, the group continued to play a significant role in the internationally distinguished shopping and entertainment extravaganza. The raffle draws played a large part in ENOC’s increased retail sales in Q4 2021.

His Excellency Saif Humaid Al Falasi, Group CEO, ENOC, said: “As a founding partner, we have been particularly focused on promoting the Dubai Shopping Festival, an event we have been associated with since its start. By diversifying our promotions with the introduction of raffle tickets with fuel purchases, we have witnessed a growth in our sales, reiterating the strength of Dubai’s economy. We will continue to take part in initiatives that position Dubai as the region’s retail, tourism and lifestyle hub. Including fuel for the first time as part of our yearly DSF promotions has proven to be a great success.”

ENOC has been a founding supporter of the Dubai Shopping Festival since its inception 26 years ago and has been playing a crucial role in the leading shopping festival, which draws over three million tourists to the Emirate annually.