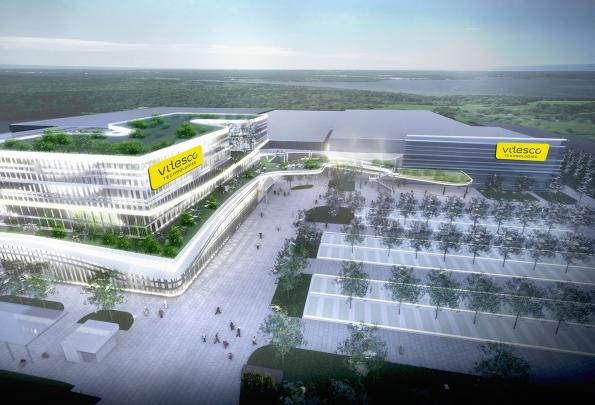 In the field of battery-powered electric vehicles, Vitesco Technologies has often demonstrated its electric drive systems expertise. The extensive electronics expertise possessed by the international supplier of state-of-the-art drive technologies and electrification solutions is now also being used in hydrogen-powered fuel-cell systems for heavy duty trucks and off-highway applications. Vitesco Technologies is developing a new Fuel Cell Control Unit (FCCU) for a German fuel cell manufacturer which serves as the central control unit of a fuel cell system. Series production of the FCCU will commence in the second half of this decade.