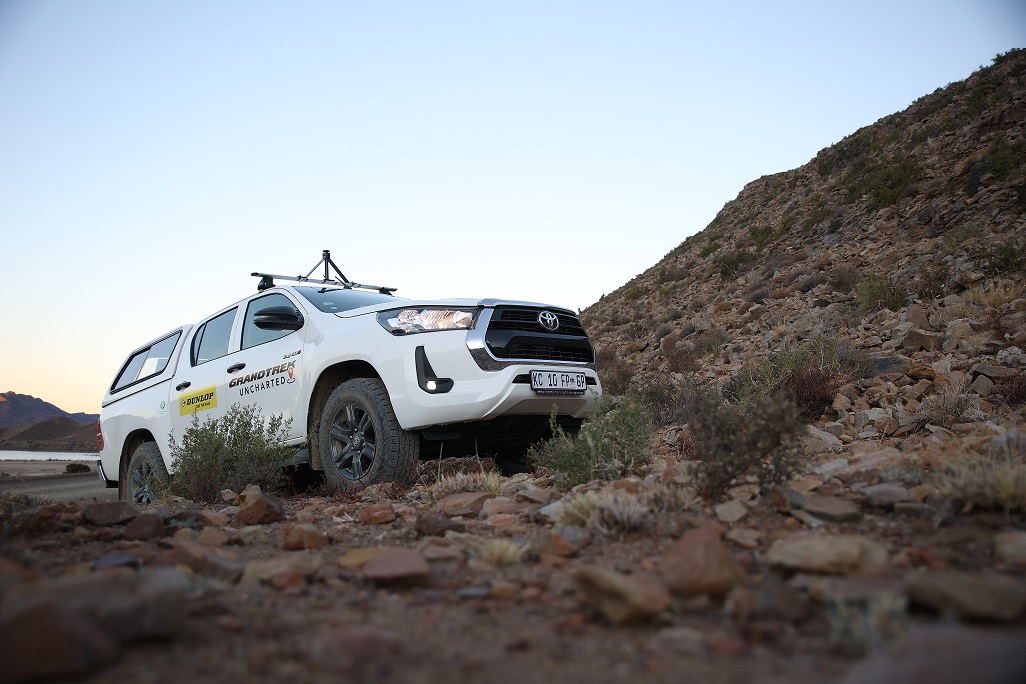 South Africa boasts a rugged beauty that often leaves international visitors spellbound – from its expansive landscapes, world-famous game reserves and stunning beaches to its spectacular mountain ranges and thrilling action and adventure spots. More recently, South Africans themselves have been getting out to explore and rediscover more of Mzanzi, and in the process helping to boost a tourism sector that has been battered hard over the last two years.

But roads further off the beaten track can be a lot trickier, especially dirt or gravel stretches that are often not mapped on Google Street View. This can leave travellers and adventurers unprepared for the road conditions they will encounter.

Iconic tyre brand Dunlop has risen to this challenge yet again, with a second take on its award-winning Grandtrek Uncharted expedition. The mission: to go once again to places Google hasn’t been.

Launched in late 2020 as a way of showcasing the proverbial road less travelled, the Grandtrek Uncharted expedition spanned all nine provinces, as modern-day explorers Peter van Kets and Jacques Marais sought out uncharted roads far from the beaten track that could be added to Google Street View using a special 360-degree camera.

In 2021, Grandtrek Uncharted Phase 2 is zooming in on two of SA’s coastal provinces, KwaZulu-Natal and the Western Cape, taking 10 travellers on shoreline voyages fit for the coast-loving 4×4, off-road or outdoor enthusiast.

“South Africa is well-known for its 4×4 routes and rugged terrain, but many of these routes have entire sections that aren’t mapped because the terrain is too rough. That’s why we’re once again setting out to map these well-known routes and encouraging consumers once again to get out there and explore,” says Lubin Ozoux, CEO of Sumitomo Rubber South Africa, which manufactures the Dunlop brand in Africa.

Thanks to Grandtrek Uncharted, travellers and tourists will now be able to find a few well mapped out roads in and around some of the country’s most spectacular gravel passes along the coast – from Bosluiskloof Pass, the Swartberg Pass and Gamkaskloof (a.k.a. Die Hel) in the Western Cape, to the oNgoye Forest, Gwahumbe and Sani Pass in KZN.

“These routes might be rough – but they’re definitely not rough enough for Dunlop’s Grandtrek tyres, which enable you to tame any terrain,” says Ozoux.