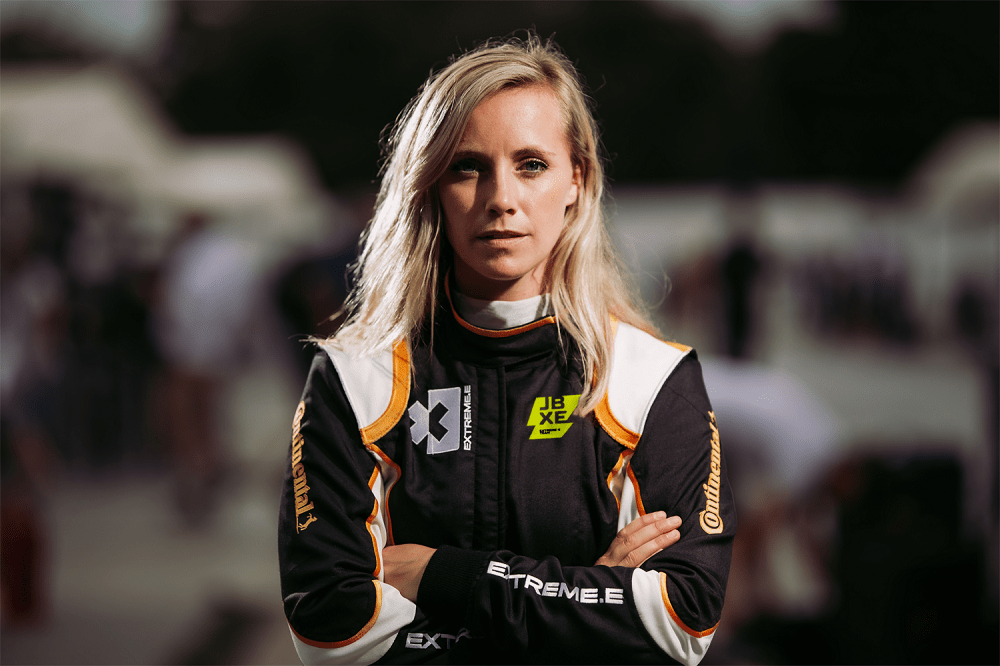 With just 17 days to go before the start of the spectacular new Extreme E off-road racing series in AlUla, Saudi Arabia, the final teams are unveiling their drivers who will be taking professional motor racing with electric SUVs to the most remote corners of the world. Jenson Button’s JBXE team has now also announced who will be racing alongside the former Formula 1 world champion. He will be sharing the cockpit of his ODYSSEY 21 with Mikaela Ahlin-Kottulinsky. In recent years, the Swedish driver has successfully competed in the Scirocco R-Cup Germany and in the rallycross discipline. In 2015, she took part in the newly established Audi Sport TT Cup.Continental

She also started in the junior classification of the ADAC GT Masters in 2016 and in the Audi Sport Racing Academy in 2017, before switching to the Scandinavian Touring Car Championship in 2018, where she made history as the first and only woman ever to win races in that series.

As a Continental test driver and brand ambassador, Mikaela Ahlin-Kottulinsky has already played a key role in the development of the CrossContact Extreme E tire, with which all the race teams’ vehicles are equipped. She is proud and delighted that she can now participate in the racing series itself. “I am delighted to be joining the JBXE team alongside Jenson Button, it feels like a dream come true. “Not only do I get to race with such a fantastic team mate, but we both really believe in the platform of the series. Extreme E is more than just another motorsport, it is a sport for purpose which we can use to showcase electric vehicles and motivate people to rethink their views on the consequences of climate change. If we can make this racing series exciting, innovative and interesting to follow, the willingness to make big and small changes will grow – for the benefit of our world and everyone on the planet.” she says with conviction.

A special feature of Extreme E is its choice of routes near threatened habitats. The racing series’ intention here is to raise awareness of climate change among motorsport fans worldwide, as well as among politicians, local authorities and citizens at the venues, and encourage them to step up their efforts to limit global warming to 1.5 degrees Celsius.

As a founding partner and main sponsor of the racing series, Continental is also delighted with the decision. “Because she was involved in the testing, Mikaela got to know the tires and vehicles before everyone else,” says Sandra Roslan, who is responsible for the Extreme E project at Continental. “And she immediately realised that we’d started something that would generate positive awareness. She was really excited about the series from the start. And she’s a great racing driver.”

For the Swede, the collaboration with Continental began with a world record in 2018. She drove the car in the slipstream of which Dutch speed skater and Olympic gold medallist Kjeld Nuis skated to the spectacular speed of 93 km/h. Following this, she participated in the development of the IceContact 3 as a test driver.

In the races, which will be broadcast live all over Europe, all the teams will start with identical technical equipment: an SUV dubbed the ODYSSEY 21 and fitted with 37-inch CrossContact Extreme E racing tires, which have been specially developed for the series by technology company Continental and reliably bring the vehicle’s 550 HP to the track in all situations.