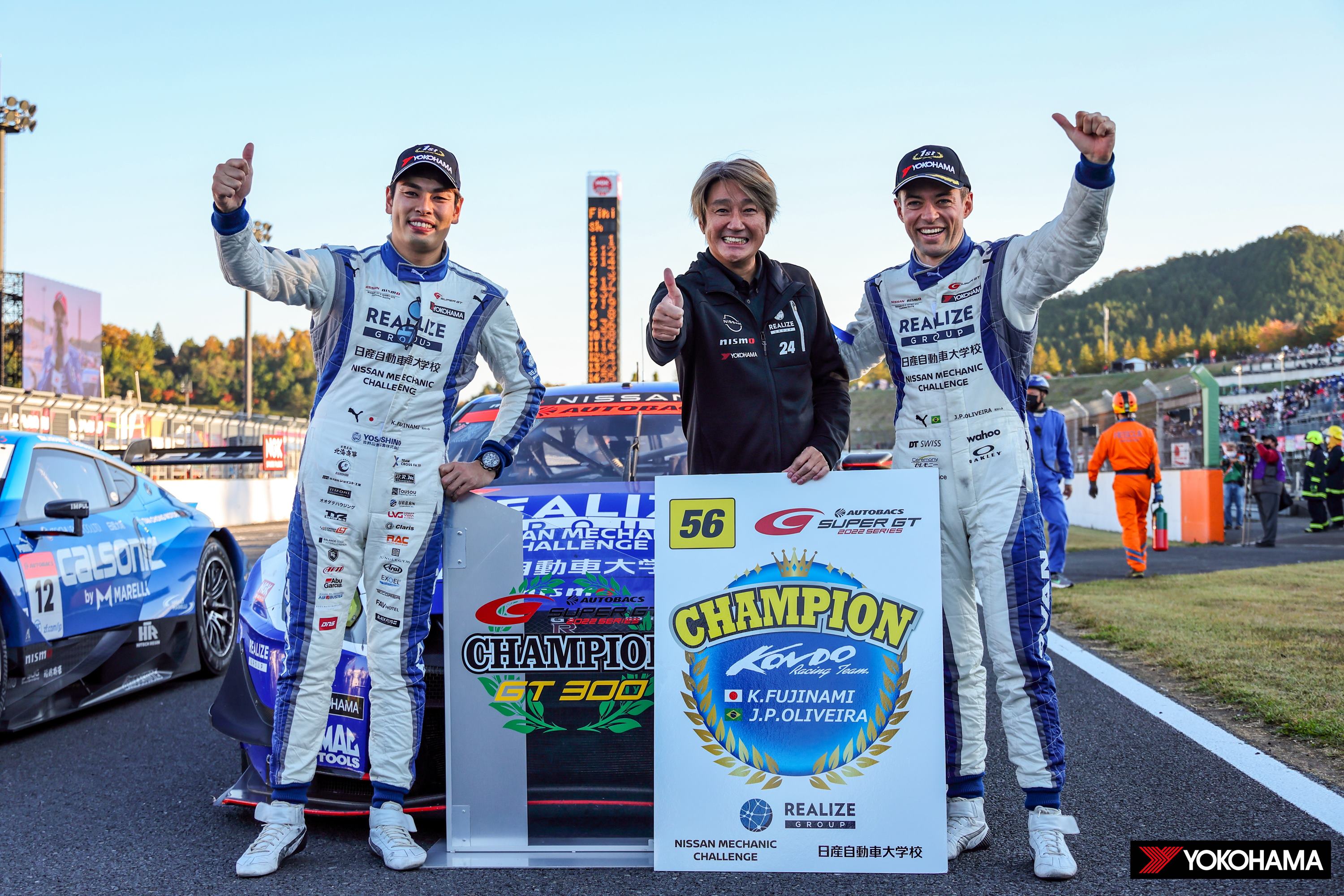 The series championship was won by KONDO RACING’s REALIZE NISSAN MECHANIC CHALLENGE GT-R, with drivers Kiyoto Fujinami and Joao Paulo de Oliveira. After taking the point lead in the series first half by winning the opening round race and finishing third in Round 3, the team endured a tough battle while carrying the heavy burden of Success Weight (a weight handicap imposed according to the points earned in each race) but secured the championship in the final round held at Mobility Resort Motegi (Tochigi Prefecture) from November 5. The REALIZE NISSAN MECHANIC CHALLENGE GT-R steadily accumulated points throughout the series with careful yet aggressive driving by Fujinami and Oliveira and held on to the top spot despite encountering some trouble in the final race, capturing the class championship for KONDO RACING for the first time in two years. In the 2022 SUPER GT series, Yokohama Rubber supplied its ADVAN racing tires to 15 teams competing in the GT300 class and two teams racing in the GT500 class.