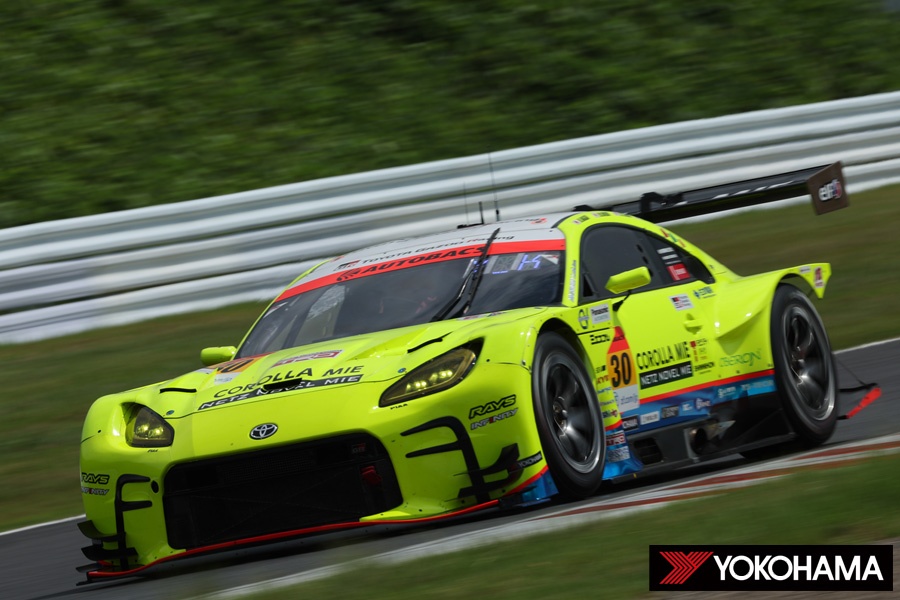 The Yokohama Rubber Co., Ltd., is pleased to announce that a car fitted with its global flagship ADVAN brand tires finished first in the GT300 class in Round 5 of the 2022 AUTOBACS SUPER GT Series, Japan’s ultimate touring car racing series. Round 5 was held over the August 27–28 weekend at the Suzuka Circuit in Mie Prefecture.

The GT300 class winner was the GOODSMILE RACING & Team UKYO’s GOODSMILE Hatsune Miku AMG, driven by Nobuteru Taniguchi and Tatsuya Kataoka. The GOODSMILE Hatsune Miku AMG started the race in the fifth position but was in the lead after all the cars had finished their first pit stop, with Kataoka in the driver’s seat. Taniguchi took over after the second pit stop and drove skillfully over the final laps, taking the checkered flag for the team’s first victory in five years since Round 1 of the 2017 series in April of that year. The win lifted the team into fourth place in this season’s team rankings—a good start to the second half of the 2022 series. Another car running on YOKOHAMA tires, the apr GR86 GT (Manabu Orido/Hibiki Taira/Yuta Kamimura) finished 3rd, the team’s first podium finish in 2022.