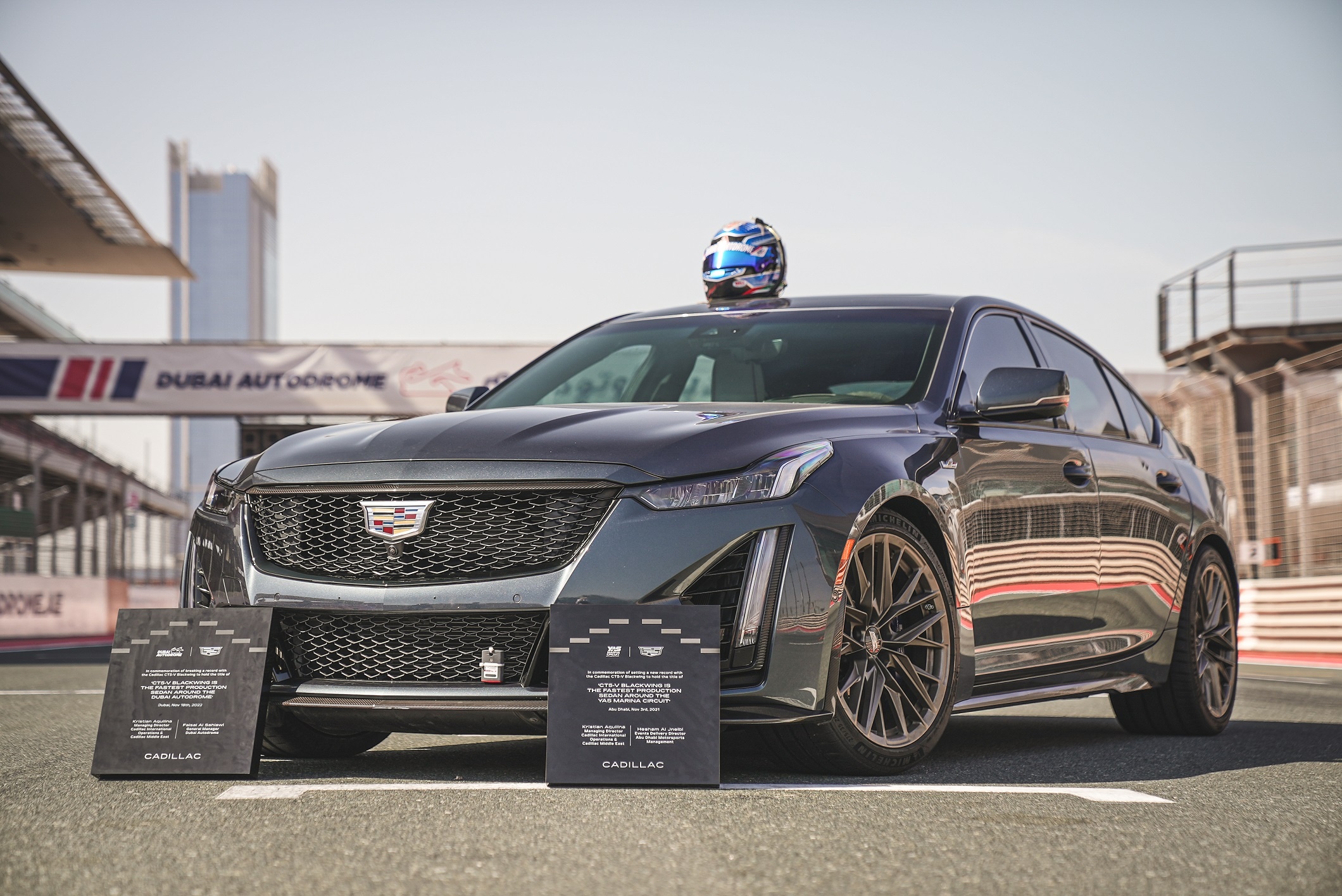 A year following its arrival to the region, which was marked by a record set at the Yas Marina Circuit, the CT5-V Blackwing continues revving up the performance game, breaking the record for Fastest Four-Door Saloon at the Dubai Autodrome. Cadillac’s fastest sub-compact car lapped the Dubai Autodrome’s 5.39 km Grand Prix circuit in 2:17.653 minutes on November 18, 2022, surpassing the previous record of 2:18.816 minutes.

Commenting on this new accolade, Kristian Aquilina, Managing Director, Cadillac International Operations and Cadillac Middle East said: “Performance has always been part of Cadillac’s DNA, and this is perfectly personified in the CT5-V Blackwing. Cadillac’s fastest-ever subcompact car arrived in the region with a big splash and quickly claimed its territory on some of the world’s most renowned tracks, its natural habitat. A year on, this storm is nowhere near easing down. With this new record, this beast once again continues to narrate our story in the racing sphere, backed by over a century of technological innovation, design craftsmanship and performance expertise.”

The Cadillac CT5-V Blackwing is the fastest-ever subcompact car to come out of the Cadillac line, boasting a top speed of 320 km/h. The nameplate is supported by 19-inch standard aluminum alloy wheels with satin grey or tech bronze finish and is powered by 6.2L supercharged 8-cylinder engine with 668 horsepower, achieving 893 newton meter of torque. It is equipped with the latest aero-development technology inspired by the Cadillac Dpi-V, which includes a front underwing that produces a low-pressure zone, enabling the cool air to be directed to vital parts of the car and aiding in the vehicle’s balance.

What’s more, the Electronic Limited Slip Rear Differential (eLSD), which has been optimized for each driving mode and each performance traction management setting, delivers maximum tractive effort and improves stability while cornering. Meanwhile, the fourth-generation Magnetic Ride Control (MRC) is the world’s fastest reacting suspension technology that adapts and adjusts the shock absorbers of a vehicle in real-time in response to changes in terrain. This delivers optimal shock damping, sharpening the driving performance of these nameplates.

The car’s capabilities are conveyed to the pavement via forged aluminum wheels and MICHELIN® Pilot Sport 4S tires that were developed exclusively for the V-Series Blackwing line-up, contributing to their balance of track capability and road comfort. The CT5-V Blackwing features the largest factory-installed brakes in Cadillac history.