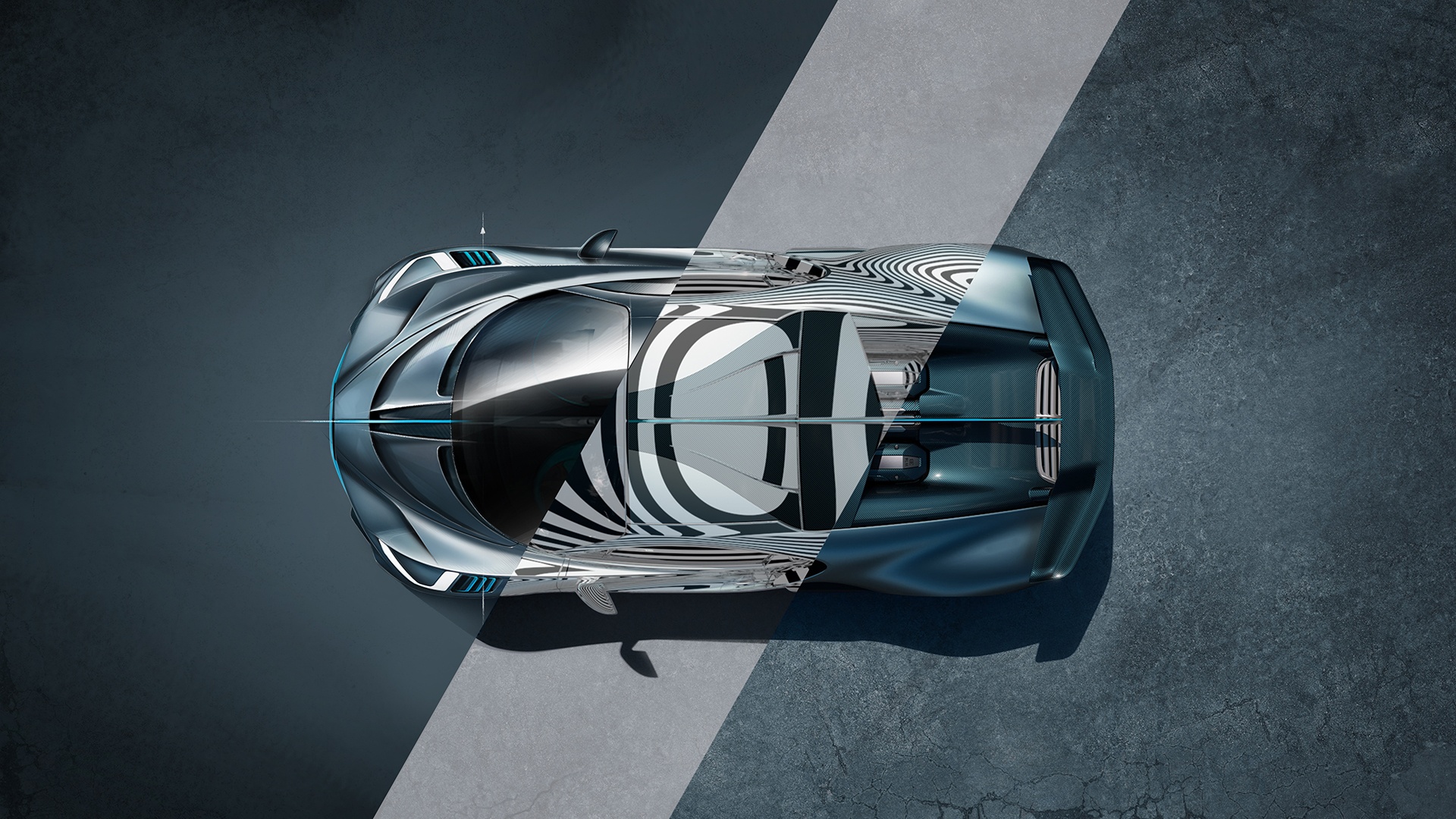 Bugatti pioneer in digitalization of the design process

Bugatti has stood for innovative, extraordinary and timeless automotive design for more than 110 years. For the French luxury brand, design development is both a key competence and a highly complex task. Bugatti has been intensively working on virtual design processes with photorealistic 3D animations since 2016 in order to master this challenge in the age of digital transformation. The design team under Achim Anscheidt has already digitalized more than 90 percent of the creative model development process and has thus established a paradigm shift in design creation.

As Director of CAD and Visualization, Ahmet Daggün is responsible for the digital design processes of new models. The designer has been modelling cars since he was 13 years old. He even had a poster of a Bugatti EB110 in his room as a child, which served as an inspiration for his first drawings. After receiving a degree in vehicle engineering, Daggün joined Bugatti as a surface designer in 2012. “I had always wanted to understand how technical things work – and optimize them if at all possible,” Daggün explains. For him, this includes the design development processes, as well as the technical components. These processes are his area of expertise.

Half of the design of the Bugatti Chiron1 was already produced digitally, and this share increased to 90 percent for the Divo2 hyper sports car. “With the Divo, we proved for the first time that we could use the digital design process to develop a breathtaking shape into an extraordinary vehicle that is ready for the prototype stage within just a few months,” says Daggün. This would not have been possible within such a short timeframe with traditional clay models. Around 50 percent of time can be saved and approximately a quarter of costs cut thanks to this virtual process. The significant improvement of VR data goggles, which now provide designers with a hyper-realistic view of virtual models, was crucial for the technological breakthrough.

The transition to digital design

In the analogue age, there initially were draft drawings of new vehicles, which were then transformed into clay models with a scale of 1:4. Employees from different departments could then assess the shape, provide input and request changes at an early development stage. The employees spent months changing nuances or the lines of more than 10 design models. Designers would then produce a clay model at a scale of 1:1, of which several experts from different departments would assess and make any necessary alterations until the final design was decided upon. Thanks to virtual reality and 3D models, Bugatti now develops its hyper sports cars considerably faster and even more precisely.

“Today, we are the leading manufacturer to apply this form of development in such a systematic way, and not just in the hyper sports car segment,” says Stephan Winkelmann, President of Bugatti. “Throughout our tradition spanning over 110 years, Bugatti has always proven that it is able to choose the right path on the basis of new and courageous ideas. As the manufacturer of the world’s most outstanding vehicles, we are obligated to always develop new ideas, both in terms of technology and design. We owe this to our tradition and our customers.”

Everything starts with the draft from a creative individual like Chief Designer Achim Anscheidt. Design computer specialists then digitize this draft and virtually develop the shape on the screen using special computers with enormous computing power. They first roughly edit the studies on the basis of sketch models to come up with initial, rudimentary proportions. “We subsequently refine the curves, adapt surfaces and balance the interplay of light and shadow. We generate a VR presentation from the completed digital data record, which comes stunningly close to seeing the real thing,” Ahmet Daggün explains.

Using monitors or VR goggles with a high depth effect, Bugatti employees can assess the vehicles, which are already at 90 percent of the subsequent production status, from all sides. Experts implement requested changes within one day – regardless of the country in which the decision-makers such as Bugatti President Stephan Winkelmann or Chief Designer Achim Anscheidt are currently located. Back in the analogue age, this took up to two weeks. This gives designers and engineers more freedom and time to perfect the respective model.

Bugatti produces a physical data control model from rigid foam as soon as an agreement has been reached on the digital model. Designers and developers analyze the proportions at a distance of between 30 to 40 meters to get a better impression of the shapes and proportions. “A physical model you can touch is still important because Bugatti vehicles are always highly emotive and we really want to feel them,” says Achim Anscheidt. Any requested changes are manually visualized by the designers for correction on the respective model and are incorporated in the digital model so that a show car or pre-series vehicle can be directly created from the final data record. “Thanks to this digital process, we save a minimum of five months development time, while also increasing the number of adaptation loops and thus also the quality. Digital models also allow us to identify and smooth out even the smallest imperfections in advance. We therefore designed the Bugatti Divo in six months instead of one year,” explains Achim Anscheidt.

All the involved Bugatti designers are also experts in computer-generated imagery (CGI) and image synthesis. It is extremely important to have an excellent visual understanding of 3D animations, vehicle volumes, shapes and defining contours. “These individuals are absolute specialists and without them, this process would not be possible,” says Achim Anscheidt.

Digital 3D technology will continue to massively transform the automotive design and engineering process. Bugatti is one of the most outstanding innovators here. “As a result, we live up to the claim of company founder Ettore Bugatti, who once said that perfection is never reached. But we will do all we can to get as close to it as possible,” adds Stephan Winkelmann.