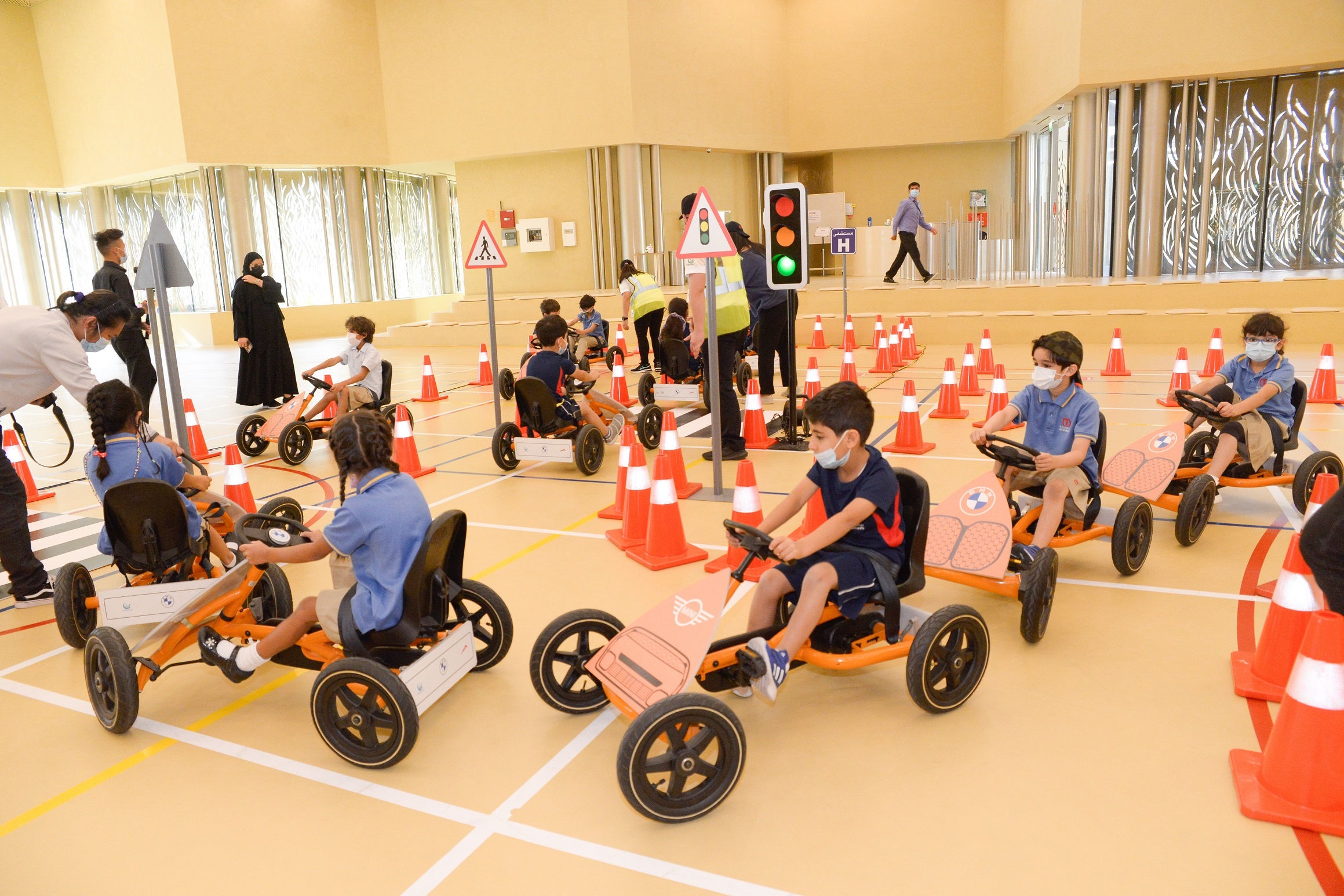 As part of a four-day roadshow, BMW Group Junior Campus offered a series of interactive workshops to more than 1,500 children, focusing on the future of mobility, the fundamentals of sustainability and road safety. In partnership with the Roads and Transport Authority (RTA) and Ciel Events & Marketing, four- to nine-year-old students completed both practical and theoretical sessions.

At the outset, the participants were introduced to BMW’s sustainability principles of RE:THINK, RE:DUCE, RE:USE and RE:CYCLE in a playful way. Before ending the first classroom session, electromobility was broken down into digestible lessons. Impressed by their findings, students pledged to protect the environment.

As a highlight, road networks (including road signs, zebra crossings and traffic signals) were set up within the premises of participating schools, giving the children a feel for what to expect when driving a vehicle. Titled “My First License™ – I Know My Road Rules”, each child “took to the road”, following basic safety rules, which were explained by an instructor at the start of each session.

Upon completion, children were presented with a license – and while it does not permit them to drive in the UAE – it will serve as a life-long collectible to encourage tomorrow’s drivers.

Dr. Hamid Haqparwar, Managing Director of BMW Group Middle East commented: “As an industry leader in the education of children on road safety, the addition of sustainability sessions further enhances the BMW Group Junior Campus, reflecting the UAE’s desire to tackle environmental issues across communities as early as possible.”