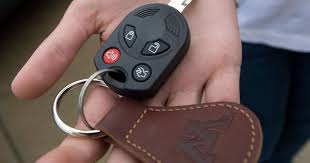 Young Drivers Cause Majority of Accidents in the UAE

The Ministry of Interior (MOI) recently published data according to which 45 per cent of all road accidents across the UAE are caused by young drivers. This goes up to 63 per cent in the case of the emirate of Abu Dhabi. These accidents also account for 34 per cent of all road traffic fatalities. These facts highlight the importance of understanding the factors that determine the driving behavior of young people and thus come up with solutions that can make them drive more safely. The official MOI figures refer to drivers in the age group of 18-30 years old drivers. RoadSafetyUAE conducted studies that focused on the novice driver segment of 18-24 years. The organization has been conducting such studies from 2015 and the data obtained through these studies thus offer a chance to compare the behavior of the young novice driver segment against that of the total driving population.

The problem of young drivers behaving in a rash manner on the roads is not limited to the UAE, as the UN mentions that the young novice driver segment is greatly overrepresented in crash and traffic fatality statistics. They pose a greater risk to themselves, their passengers and other road users. Death rates for 18-24 years old drivers typically remain more than double those of older drivers.

Some of the main reasons for accidents that the UAE’s MOI identified are speeding, using phones while driving for texting and calling and lack of safe distance between vehicles. When compared to older drivers, young drivers score worst in many dimensions of reckless driving. Motorists in the UAE become more careful only as they grow older and gain more experience. For example, when it came to use of indicators, while 67 percent of the population in general used indicators almost every time it was called for, only 56 percent of motorists in the age group of 18 to 24 did so. While 72 percent of young motorists admitted to speeding when running late, only 67 percent of motorists among the general population did so. 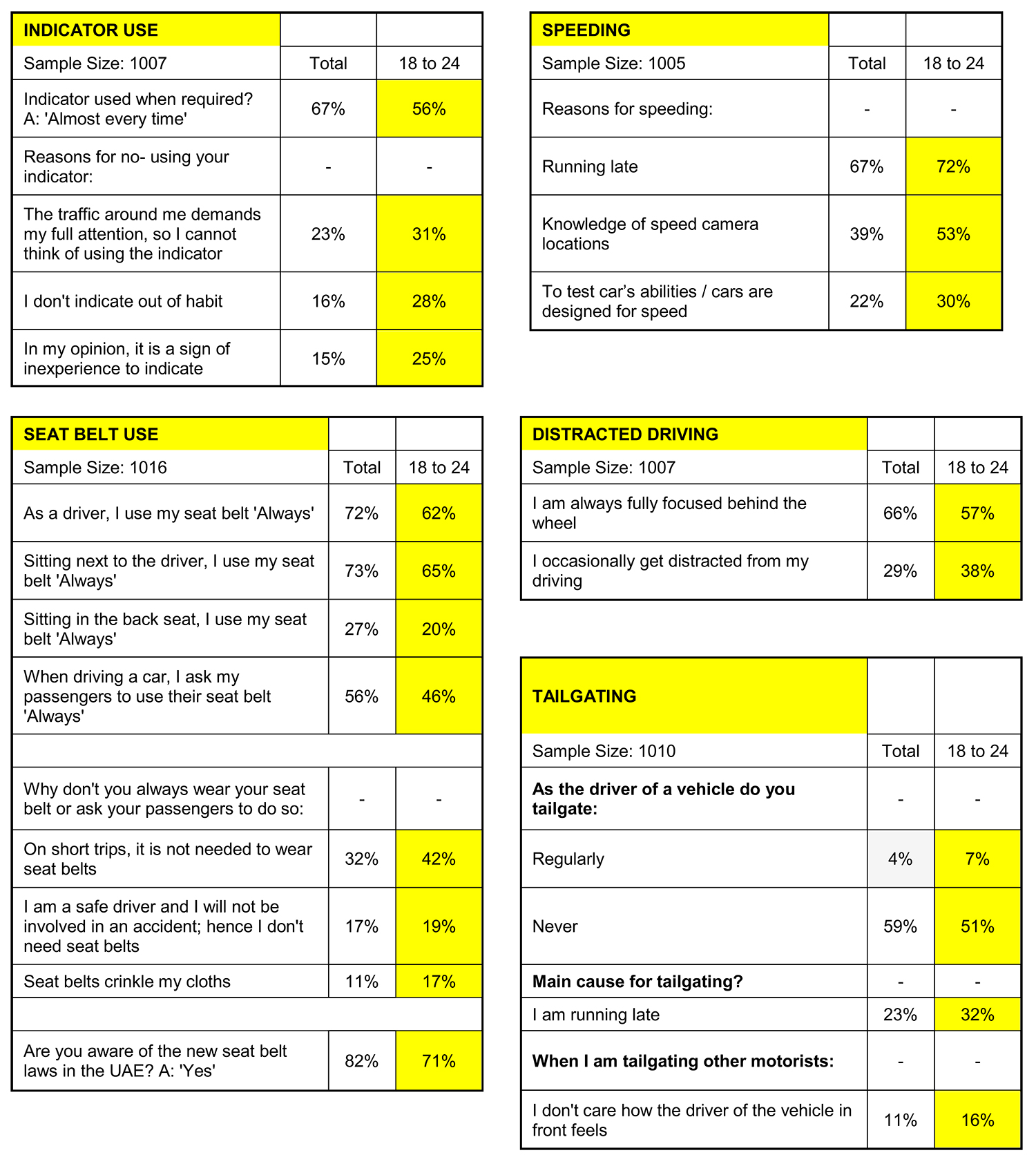 Thomas Edelmann, Managing Director RoadSafetyUAE said that in general, young drivers behave more dangerously and take less measures to protect themselves in comparison to older and more experienced motorists. They use seatbelts and indicators to a lower extent, speed more, are more distracted and tailgate more. When asked about the reasons, most of them attributed their speeding and tailgating to running late. Statements regarding having less empathy for the tailgated motorists, less likelihood of insisting others use seatbelts and not wanting to appear inexperienced point to the lack of a caring attitude. They also exhibit significantly lower level of knowledge about the new seat belt law.

Mark Jenkins, CEO, Al Ghandi Auto Group added that the company’s brands generally attract young drivers and hence it decided to support RoadSafetyUAE for the topic ‘Young Driver’. The company also took proactive action when in the case of seatbelt use. Al Ghandi Auto Group invested and launched in the UAE the ‘Seat Belt Convincer’ as part of a nation-wide campaign called ‘I am convinced’. The comp[any collaborated with corporations, universities and schools to deploy the seat belt convincer, so that users could experience firsthand how indispensable seat belt use is.”

Stakeholders who interact with young motorists like driving institutes, the parents and families of novice drivers, schools and universities and their friends and peers need to recognize their vulnerability and need to encourage them to engage in safe driving by passing on their experience of the benefits of driving safely.

Driving schools for example, in addition to teaching the technical aspects of good driving can add a ‘life skills’ curriculum content to teach new drivers about the proper road culture and addressing the root causes of young driver related dangerous driving.

In many countries, it is mandatory for young motorists to get ‘staged driving licenses’ for cars and motorcycles, which means that initially they could use only lower horse power cars/motorcycles and could use more powerful vehicles only upon no-fines and safe driving for a fixed number of years.

Schools and universities need to address young drivers and raise the awareness for proper conduct on the roads. Ideally, this should happen with mandatory road safety curriculum content.

Parents and families need to provide a lot of guidance and support, especially at the very beginning of the young drivers driving careers, as they have the credibility and closeness to share their experiences first hand.

Friends and peers of young drivers should refrain from encouraging dangerous or risky driving and promote safe driving if they are genuine friends.

The research projects were conducted by an international on-line research company by using UAE-representative samples of n>1,000 between 2015 and 2018.