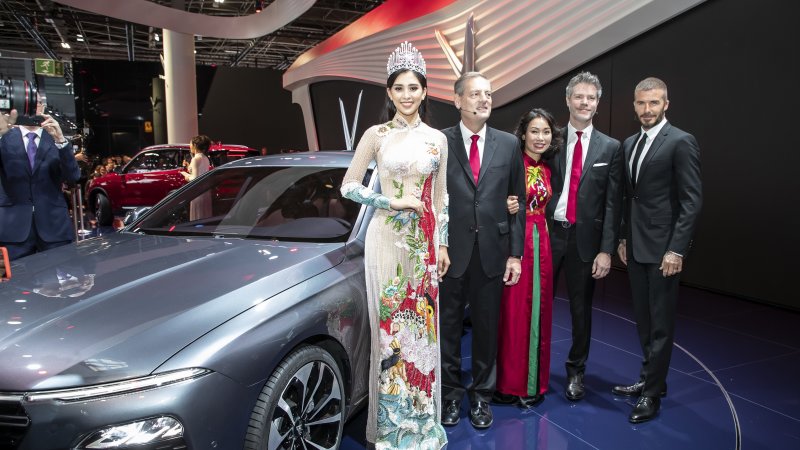 Automotive manufacturers across the globe are facing a cash crunch, but a company in Vietnam that will be the first local car manufacturer is determined to buck the trend. Vietnam is counting on car manufacturing to become a major money spinner and to play a key role in the economy just like it has done in the case of South Korea and Japan.

The cars will be made by VinFast, which is a unit of one of Vietnam’s biggest corporations, Vingroup JSC. VinFast will be the first fully-fledged domestic car manufacturer in Vietnam when its first production models come off the production line in August 2019. The new factory has been set up and has become operational within a record time of just none months in the port town of Haiphong in north Vietnam, according to Shaun Calvert, vice president of manufacturing at VinFast Trading and Production LLC.

Once it is operational, the factory will have the capacity to manufacture 250,000 cars on an annual basis in the first five years of its operation, with scope for the capacity to be ramped up in the future. This figure is equivalent to 92 percent of the total number of cars sold in Vietnam in 2017, according to figures obtained from the Vietnam Automobile Manufacturers’ Association (VAMA).

Vingroup has set aside an amount of USD 3.5 million for the project and according to its CEO Jim Deluca is highly focused on emerging as a winner in the Vietnamese car market. At the Paris Motor Show, VinFast revealed the names of its first two models: the LUX A2.0 sedan and the LUX SA2.0 SUV. The plan is to expand from selling in the domestic market to both ASEAN markets and other overseas markets.

Currently, most of the cars sold in Vietnam are assembled locally from kits that are imported from automotive manufacturers based overseas. Vietnam is engaged in opening up its automotive market to foreign companies and had recently scrapped a 30 percent import tax on cars from other Association of Southeast Asian Nations (ASEAN) countries. It has also signed a series of free trade agreements which have reduced import duties.

The Vingroup already has a significant presence on the real estate scene, the healthcare market, in the supermarket sector and in the tourism sector in Vietnam. The group already has at least 4 million customers and hence it is a huge brand. It will leverage this brand awareness to make VinFast a winner in the Vietnamese market.

Motorbikes are also hugely popular in Vietnam and VinFast will also produce 250,000 electric scooters a year alongside the 250,000 cars. Eventually, this production target is slated to increase to 1 million units each every year.

VinFast has also started collaborating with German firm, EDAG Engineering to develop a battery electric vehicle so that the company is not left behind in the advent of electrified models.

“We felt on the car portfolio it was best to start with an internal combustion engine and then soon after that launch the battery electric vehicle,” said Deluca. “From an infrastructure perspective, it’s a lot easier to charge a scooter than it is an automobile.”

VinFast has been able to move at a fast pace thanks to its association with other automotive companies. The frame on which its two models will be based is sourced from BMW. The components have been engineered by Magna Steyr and the design has been outsourced to renowned design form Pininfarina.

“That gives us the ability to move very, very quickly and to come out with a vehicle that is 100 percent ours and looks like no other vehicles that are on the road today,” Deluca said.

VinFast also acquired full ownership of the Hanoi factory of General Motors. The facility will be used to make small cars under a GM global license from 2019.

According to Deluca, the first models from VinFast will be highly affordable to lure customers, but he did not divulge further details about the pricing. The company will also be able to leverage national pride as VinFast will be building the vehicles completely on a local basis. With David Beckham as the brand ambassador, the cars are bound to be popular.