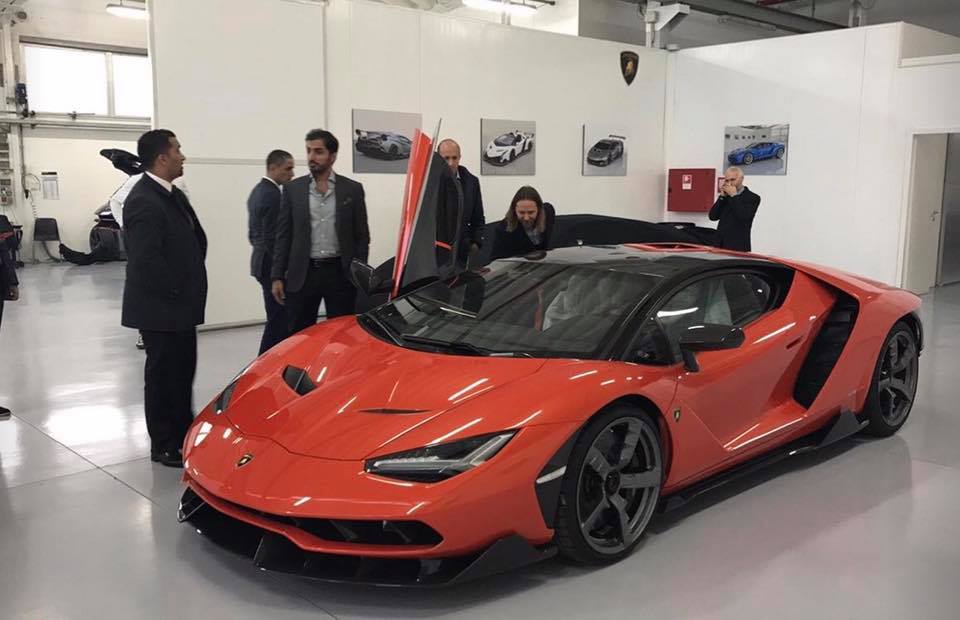 The first unit of the latest limited edition supercar from Lamborghini, the Lamborghini Centenario, which is based on the Aventador has been delivered to its buyer, a collector in the UAE. He has opted for a coupe but the Centenario is also available as a Roadster version

The first Centenario, from the photos of the delivery that were published on the Czech website “Autoforum” is definitely a striking vehicle in its livery of black and orange. The black shade is limited to the roof and the aerodynamic elements while most of the body is orange.

Lamborghini launched the Centenario to mark the centenary of the year in which the company’s founder, Ferruccio Lamborghini was born. The vehicle was revealed to the world at the 2016 Geneva Motor Show. The model will have a very limited production run of just 40 units, with half being coupes and the other 20 being roadsters. The convertible was first publicly displayed at the 2016 Monterey Car Week.

The Centenario takes its inspiration from the Aventador, but has its very own unique features. These include a 759-horsepower variant of the naturally aspirated 6.5 liter V-12 engine that was used for the Aventador, a touchscreen display in the dashboard and a four-wheel-steering system.

The Centenario will gain further fame with a highly visible role in the movie “Transformers: The Last Knight.” It will take on the role of the vehicle mode for the Autobot Hot Rod.

A Centenario does not come cheap. Apparently, all 40 units of the model have been booked in advance though the price tag is a steep 1.75 million euros or approximately USD 1.86 million.