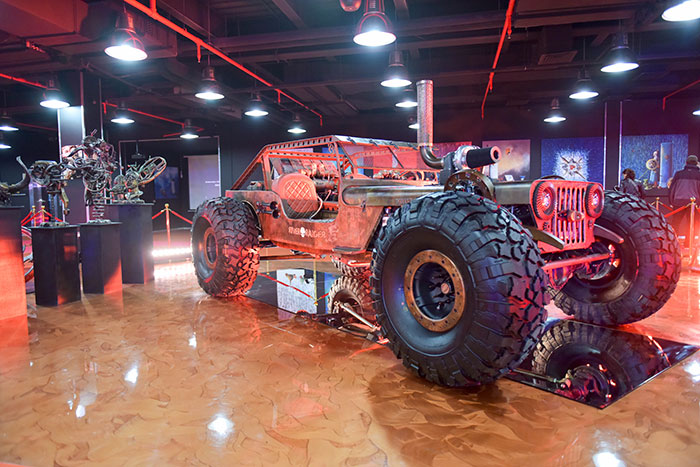 TT AE Motor recently launched its first showroom in the Middle East with the opening of its showroom in Dubai. The company which specializes in designing and customizing cars, motorbikes, helicopters and private jets for the jet set has developed a cult following across the world. Customers include celebrities like Wesley Snipes, Sylvester Stallone and Jason Statham.

The opening of the showroom was marked by a gala dinner that was attended by prominent dignitaries from the UAE and automotive connoisseurs including H.H Sheikh Khalifa Bin Sultan Bin Hamdan Al Nahyan, and highly placed officials from both the UAE and Turkey.

Commenting on the arrival of the brand in the Middle East, Founder Tarhan Telli said that with Dubai’s reputation for being one of the most vibrant automotive markets in the region, it attracts numerous highly discerning clients from across the globe who have an eye for quality products. Hence, it was a natural step for TT Custom Choppers to set up a showroom in Dubai, thus expanding the company’s operations into the Middle East. He concluded by saying that it was the company’s goal to provide its high profile client base with the best design and customization for their motorcycles, cars, boats and private jets.