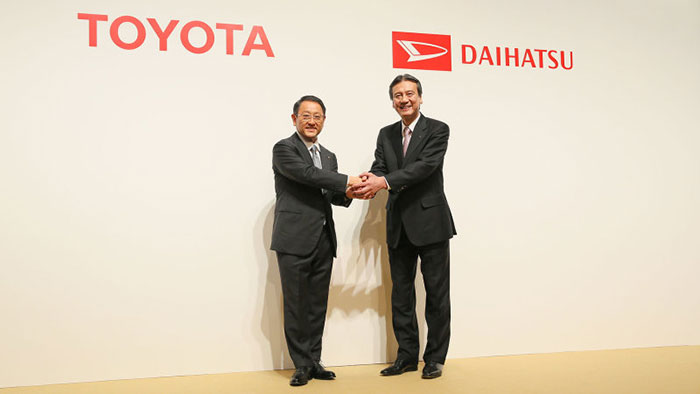 Toyota has strengthened its focus on small cars with the acquisition of Daihatsu. Daihatsu is a Japanese automotive manufacturer that specialized in compact cars and was established back in 1907. In 1988, Toyota had acquired a 51 per cent stake in the company, thus making it one of Toyota’s subsidiaries. Now Toyota has raised its stake to 100 per cent with a new share-swap agreement as an outcome of which Daihatsu’s shareholders will get 0.27 shares in Toyota for every one of their Daihatsu shares.

As an outcome of the acquisition, Daihatsu will now be involved in the development of smaller cars for both the Daihatsu and Toyota brands. Toyota will share crucial technologies and distribution networks in new markets with Daihatsu. Daihatsu will help Toyota with more efficient cost competitiveness and fuel economy in its larger models. Both companies will benefit greatly from the deal as they focus on their core competencies and join hands to overcome any barriers like the prohibitive costs of exploring emerging markets and research into new technologies.

Commenting on the acquisition, Toyota President Akio Toyoda said, “This is an opportunity for us both to stop feeling that we need to go it alone, and trust each other to take full advantage of our respective strengths. In other words, we can now focus on our core competencies. That, I believe, is the key to achieving and sustaining global competitiveness.”