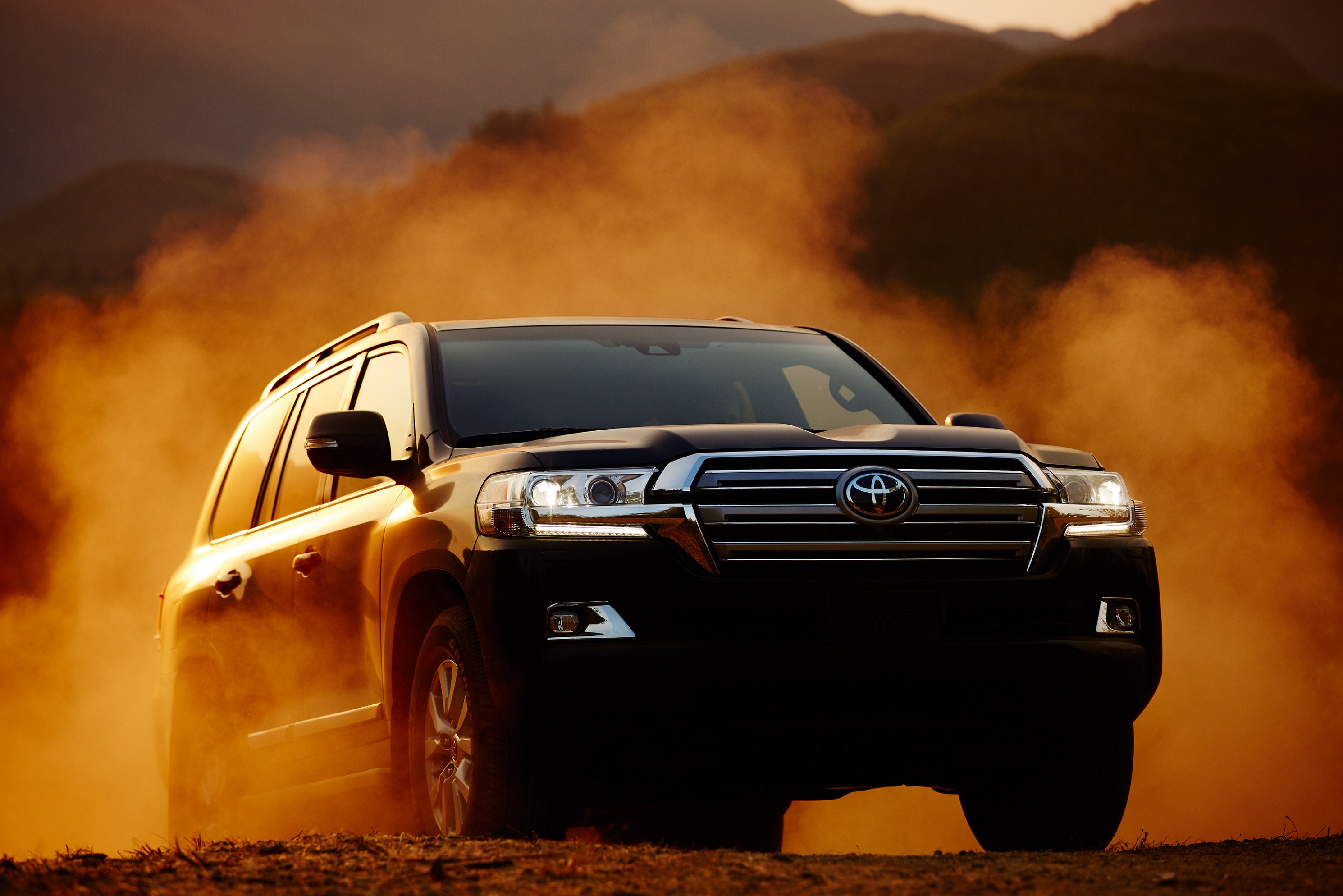 There are some models that are not just vehicles, but inspire emotions associated with a certain way of life. The Ford Mustang is one such model, and in the UAE, so is the Toyota Land Cruiser. Hence, the announcement that Toyota has achieved a cumulative global sales figure that crossed the 10 million mark for its iconic Land Cruiser series as of August 31, 2019 should come as no surprise. This achievement recognizes the premium SUV’s standing as a global and regional icon that has an impact on the lives of millions of people across the globe on a daily basis.

Comemnting on the milestone, Yugo Miyamoto, Chief Representative, Middle East and Central Asia Representative ‎Office, Toyota Motor Corporation said, “We are grateful to each and every one of our customers for their trust and support in our journey towards achieving this important milestone, cementing it as a remarkable success story over the years. Since its introduction over six decades ago, the Land Cruiser has evolved into one of the most fully capable premium SUVs, exceeding expectations across successive generations to establish itself as a favourite among the region’s families.

He went on to add that the legendary model attests to Toyota’s reputation for reliability, durability, and capability, and has played a key role in people’s lives in almost every part of the world. He said that Toyota is committed to continue working hand-in-hand with its customers as part of its quest to create ‘ever-better’ cars.

The Land Cruiser first made its appearance on August 1, 1951, as the Toyota Jeep BJ and is Toyota’s longest-running model. The model got its current name in 1954, and its production has continued for 68 years with nine generations of the model which have dominated the Premium SUV market.

Toyota began full-scale exports of the Land Cruiser with the 20 series, which was launched in November 1955, four years after the first-generation model made its debut. Since then, Toyota has consistently made variants of the Land Cruiser that have catered to the needs of customers while staying true to its reputation for reliability, durability, and drivability on poor roads – the basic development premise on which the Land Cruiser is based.

As recognition of its suitability for off-road travel, the Land Cruiser has continued to receive the support of customers around the world. Though only less than 100 units were exported per year initially, by 1965, 10 years Toyota began full-scale exports, this figure had crossed 10,000 units per year. Currently, the Land Cruiser is sold in about 170 markets across the globe, with annual global sales standing at approximately 400,000 units.

The Land Cruiser has contributed significantly to greater trust in the Toyota brand around the world and paved the way for the company to expand its exports. Due to its outstanding reliability and durability, there are regions where even Land Cruiser 40 series vehicles which are over 50 years old continue to be used today.

Land Cruiser’s history stands for the trio of qualities that Toyota embraces, its QDR – Quality, Durability, and Reliability. Over the years, the Land Cruiser has made a name for itself as the ideal vehicle for both business and lifestyle needs. It is widely recognized as a vehicle that transports people’s lives and items, that fulfills people’s mobility dreams, and that makes it possible for people to go where they want, when they want, and to return safe and sound.

OThanks to its versatality, the Land Cruiser is used for a wide range of diverse needs. The applications range from carrying out humanitarian assistance operations in remote areas and herding cattle on vast cattle ranches, to facilitating mobility in deep underground mines and harvesting high-elevation crops on steep fields at altitudes as high as 3,400 meters, where even humans have difficulty standing. There are many palces in the world where daily life would not be imaginable without the Land Cruiser.

Going forward, in order to continue to cater to – and even exceed – customer expectations, Toyota will continue to further refine the Land Cruiser based on the premise that it will be used in every corner of the world. To this end, Toyota itself intends to set even more rigorous standards and continue to engage in car-making with the goal of creating a truly unique vehicle.