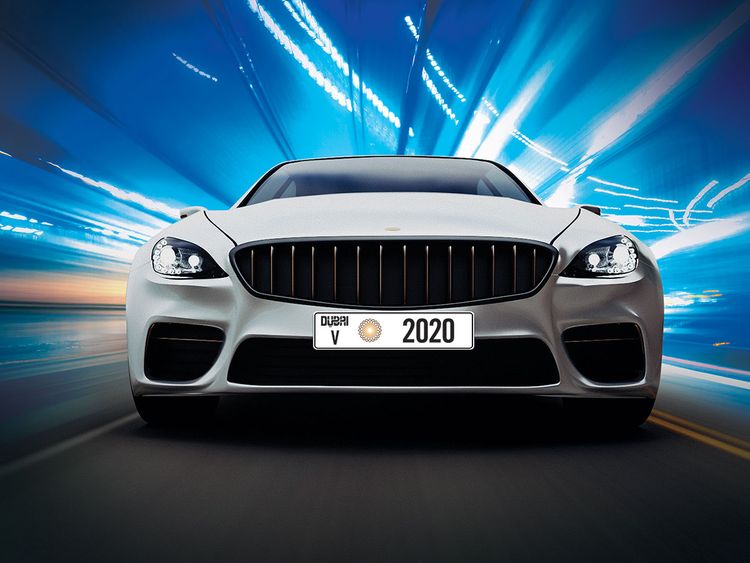 From the time that Dubai won the rights to host the 2020 Expo, we have been waiting eagerly for the grand event. Now, expo madness is officially set to begin in the automotive segment with the announcement that the first “Expo” branded number plates will be auctioned soon. The Roads and Transport Authority (RTA) has announced that it would be holding the auction of the first number plates with the Dubai Expo 2020 logo printed on them for the first time on September 28, in the runup to the Expo 2020 exhibition in Dubai.

Registration for the auction started on Sunday, September 22, and the auction is to be held from 4.30pm next Saturday at the InterContinental Dubai Festival City Hotel.

At the event, twenty plates with the ‘Expo’ logo will be on offer in addition to 100 exclusive car registration plates sporting two, three, four and five digits as part of the forthcoming 102nd open auction. The plates that are available for bidding will bear all letters from H to Z except J and Y.
Those who are interested in acquiring the plates have the option of registering for the option either online through (www.rta.ae) or with any of the RTA’s Customer Happiness Centres. The RTA has three centers – one each in Umm Al Ramool, Deira and Barsha. Bidders can also opt to register on the day that the auction is held at 2pm.

“T50, which is part of an exciting collection of plates on offer, is expected to attract massive attention from number plate enthusiasts,” said Abdullah Yousuf Al Ali, CEO of the RTA’s Licensing Agency. “For the first time we will also auction 20 plates with the Expo logo on them in recognition of the most important event to be happening in the UAE next year: Expo 2020,” he added.

Najeeb Mohammed Al Ali, Executive Director of Dubai Expo 2020 Bureau, said that the plates bearing the Expo logo are being auctioned to boost awareness about what is billed as the greatest show in the world.
All plates are subject to five per cent VAT. Those who want to purchase the plates should have a traffic file in Dubai and are also expected to deposit a security cheque for AED 25,000 which is addressed to the Roads and Transport Authority. Bidders are also required to pay a non-refundable participation fee of AED 120 via www.rta.ae, through the Dubai Drive App or via customer happiness centers.