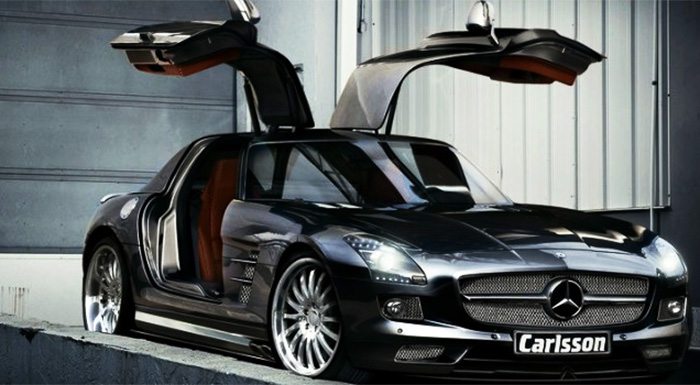 Carlsson Autotechnik GmbH is a tuning firm that has a history dating back to 1989 and has made a name for itself by specializing in tuning Mercedes-Benz cars. It is the second largest independent Mercedes Benz tuner by turnover and also works on models from other brands. Founded by brothers Rolf and Andreas Hartge, the company has been in the news recently for facing financial difficulties and liquidity problems due to differences among shareholders. The company’s turnover had declined from 30 million euros in 2013 to 18 million euros in 2014 and it had filed for insolvency at the local court of Saarbruecken, Sulzbach branch in April. This is set to end with the recent announcement of its acquisition by Sambo Motors, a Korean company.

Sambo Motors Co. Ltd. has taken over the company with effect from December 4 and the deal is inclusive of the firm’s employees. Sambo is an automotive supplier that has a solid financial base in Korea with annual revenues that exceeded USD 1 billion in 2014 and has 3,000 employees. As an outcome of the acquisition, Sambo wants Carlsson to ramp up the production of special editions for car manufacturers and strengthen the production capacities at its historic factory in Merzig/Saarland.

Commenting on the deal, Dr. Robert Schiebe from law firm Schiebe und Collegen in Saarbrücken said that the Carlsson brand is very strong in the international tuning business. The firm played a crucial role in the regional automotive industry. The deal with Sambo Motors will give the company the financial means it needs to secure its future and the jobs of its employees..

During the sales process, Carlsson received binding bids from four potential candidates and the Creditors Committee u unanimously opted to finalize the sale of the company to Sambo Motors.

“Despite the insolvency proceedings the sports sedan Carlsson CC 63 Rivage, based on the Mercedes C-Class, was developed and presented at IAA Frankfurt Auto Show in September. The positive feedback from our partners helped a lot. Sambo Motors now provides a solid basis for a sustainable development of our company”, said Dipl.-Ing. (FH) Markus Schuster, CEO of Carlsson Autotechnik GmbH.