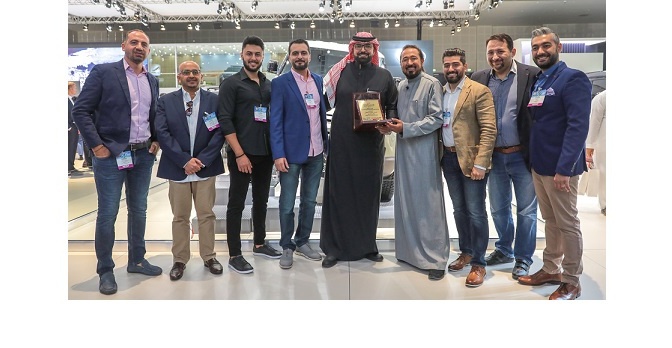 This is the second time that Salman Sultan has won the award. He first won the same award in 2015. The judges chose him for the award on the basis of his outstanding efforts to promote the Jaguar Land Rover name in the region, his strong relationships with the media and his extensive knowledge of the Jaguar Land Rover brand.

Presenting the award, Mohammad Zaro, Editor of Alam Al Sayarat, said: “Salman is an exemplary and committed automotive PR manager. He consistently engages with the Middle East’s motoring media community and continues to provide us with insights and quality information. He is knowledgeable, personable, responsive and an incredible ambassador of the Jaguar Land Rover brand and the automotive industry in the region.”

On receiving the award, Salman said that he was truly grateful to receive the prestigious award during the Dubai International Motor Show, especially as this year marked a significant year for Jaguar Land Rover MENA. The company used the show to make the regional debut of the New Land Rover Defender and that of the 2019 World Car of The Year, the Jaguar I-PACE. He went on to express his gratitude to the automotive journalists in the region for recognizing his efforts and to acknowledge the support of his team at Jaguar Land Rover.