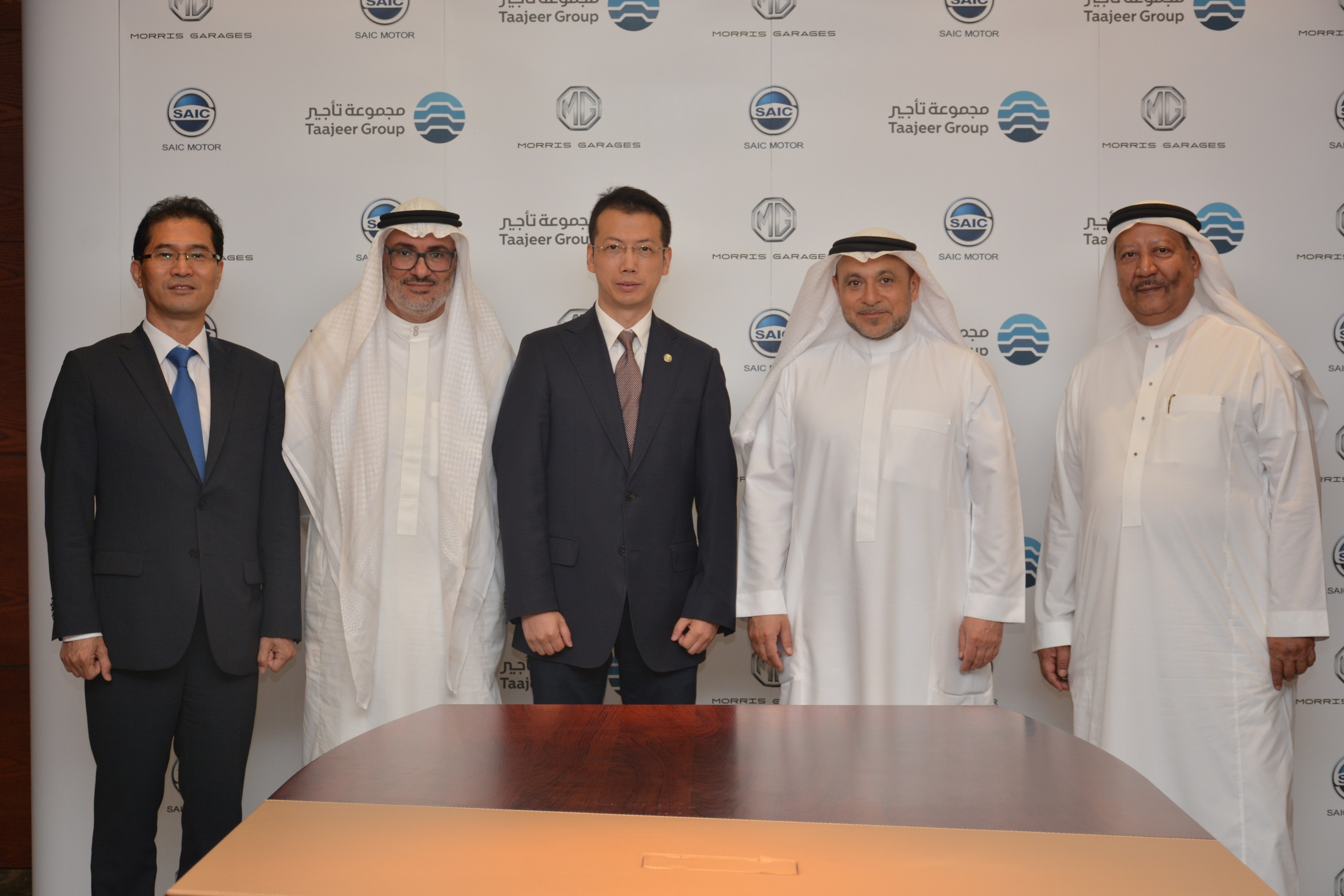 SAIC signs on Taajeer Group as Partner for Saudi Market

SAIC Motor has signed on the Taajeer Group for the return of the MG brand to the Saudi market.

A special ceremony was held to announce the new partnership between SAIC Motor, which currently owns the MG brand and the Saudi automotive services company, Taajeer Group. At the ceremony, it was revealed that MG will return to Saudi with a refreshed range of models that will meet the demands of motorists in the Kingdom.

Taajeer Group will showcase the new range of MG sedans and SUVs at a number of dealerships in the eastern, western and central regions of Saudi Arabia. As part of the partnership, Taajeer Group will also be a wide range of services for new and existing MG customers. As part of its ‘one stop shop’ business model, the Taajeer Group will be involved with all aspects of sales including new car sales, servicing, finance packages and leasing deals.

Matt Lei, Vice President SAIC Motor International, flew in from China for the ceremony where he was joined by Tom Lee, Managing Director for the Middle East. Speaking about the the partnership, Matt Lei said that Taajeer Group was a natural choice when it came to a retail partner based on their expertise in the automotive industry and the quality and efficiency of their services. He said MG is experiencing positive growth globally, and considers Saudi Arabia as a key market.

The launch ceremony, was hosted by Taajeer Group Chairman, Dr. Saleh Jameel Malaikah. Who said that the partnership with SAIC Motor for sales, service and distribution of MG vehicles in Saudi Arabia was a major step for the Taajeer Group. He felt that MG is in a strong position to compete with other manufacturers in the Kingdom and will contribute significantly to the success of the Taajeer Group at a local and regional level.

Earlier this year, SAIC Motor was listed in the Forbes Fortune 500 list for the 13th consecutive year, with a ranking of #41 overall and 7th amongst all global automakers. This was the company’s highest ever ranking. The company is investing heavily in the MG brand and is planning to debut two brand-new models for the Middle East in the Middle East, the ZS and RX5 as well as a revamped version of the GS model.
Taajeer Group was established in 1997 as a limited liability company offering leasing solutions and has evolved to become a company dealing with many aspects of the automotive sector including daily rental, financing and leasing solutions, auto sales, spare parts, and maintenance.