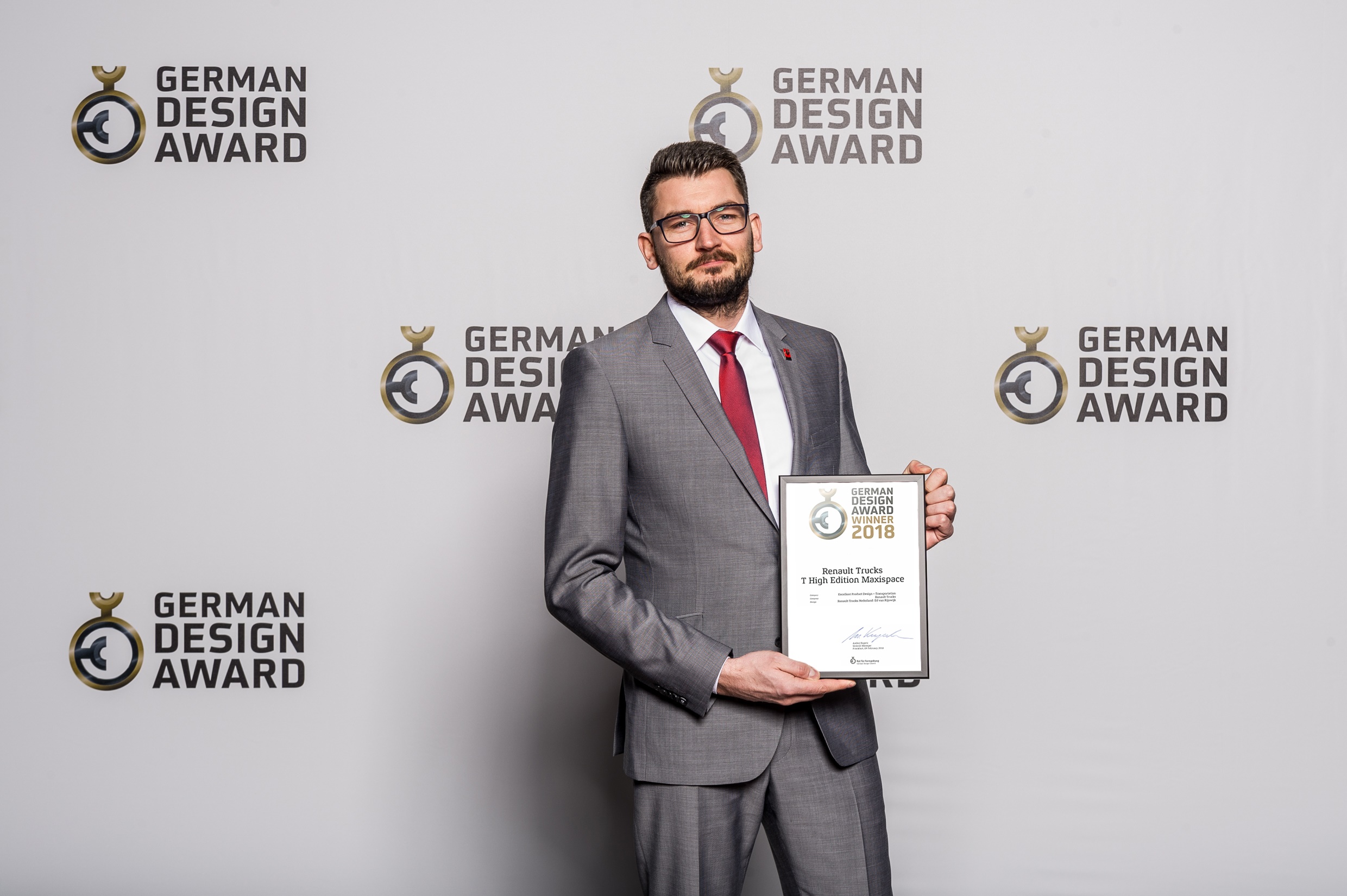 Renault Trucks officially received the award at an official ceremony that was held at the Ambiente international trade fair in Frankfurt on 9 February 2018.

The Renault Trucks T is an iconic truck that has a design which is notable for three elements – its trapezoidal cabin, a windscreen that is tilted by 12 degrees and a pi-shaped front. Other distinctive features of the truck include aluminum hubs, black paintwork, carbon-look surfaces and fine red lines which accentuate the red of the door handles.

Hervé Bertrand, Design Director at Renault Trucks said that the Renault Trucks T is positioned as a truck with a modern design that offers maximum comfort. Though there were a few misgivings initially due to its innovative design features, the design award proves that that these doubts are unfounded.

The Renault Truck T High Edition made its first appearance at the at the IAA fair in 2016 in Germany and has already gained several accolades including second spot for the “Young Professionals Truck Award 2017”, given by young truck drivers.

The German Design Award is an award that recognizes innovative products and projects from entries received from all over the world. The winners are carefully chosen by jury comprising 43 renowned international experts. The award is given by the German Design Council, a foundation that was set up in 1953 at the initiative of the federal parliament.