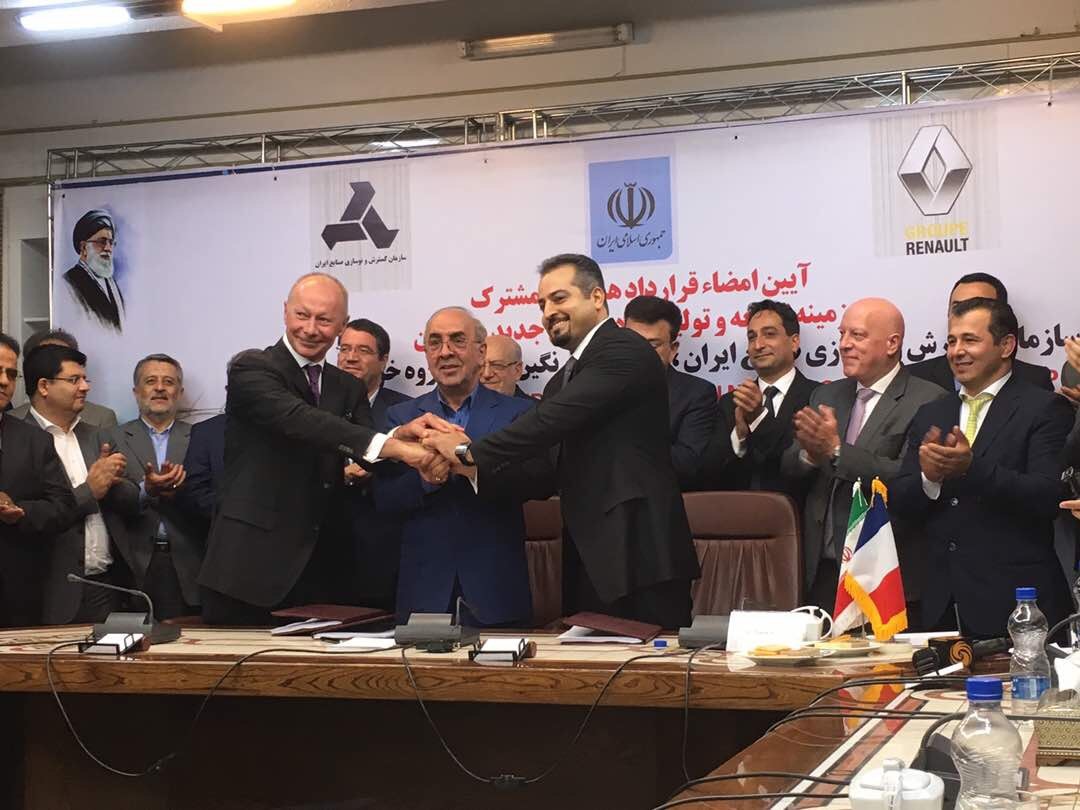 Groupe Renault has announced that the company has signed a new joint venture agreement with two Iranian companies – the Industrial Development & Renovation Organization of Iran (IDRO) and PARTO NEGIN NASEH Co, which imports Renault products in Iran. Renault will be the majority shareholder in the proposed joint venture company, though initially there will be a short period in which all three companies will have joint control.

Currently, Groupe Renault has a capacity to manufacture 200,000 vehicles on an annual basis in Iran. The joint venture company will set a factory with the capability to make an additional 150, 000 vehicles on an annual basis and an engineering and purchasing center to support the development of local suppliers. The new plant will begin with the production of Renault’s new editions of the Duster and the Symbol. There are also plans to set up a plant for the manufacture of engines with production capacity to make 150,000 engines a year. The factories which would be owned and operated by the joint venture company would be located in Saveh, which is about 120 km from Tehran. According to agreement that has been signed between the three companies, the joint venture company would also focus on the development of an exclusive Renault distribution network, though Renault already has access to the existing network of NEGIN Khodro.

Commenting on the joint venture, Thierry Bollore, Member of Groupe Renault Executive Committee and Chief Competitive Officer said that with the Oranian market growing at a rapid pace, it was vital to expand the capacity for plants, engineering and set up a purchasing center. He said that the joint venture would help Renault to accelerate its growth in the country.

Stefan Mueller, Member of Groupe Renault Executive Committee and Chief Performance Officer said that the development of a brand specific commercial network would help to reinforce Groupe Renault’s position in the Iranian market.

The Iranian market is projected to be a 2 million vehicle market by 2020.

Naser Haddadzadeh, Chairman of the NEGIN Holding said that his Group as the company which owned Negin Khodro Co. was proud to be a part of the joint venture. He said that the company’s joint venture with its longstanding partners SAIPA and Iran Khodro would continue to produce and deliver Renault’s current range of models – Tondar, Tondar pick-up, Sandero and Sandero Stepway independently of the new operations of the new joint venture.

The joint venture would proceed subject to regulatory approvals and is expected to be finalized by the end of October 30, 2017.