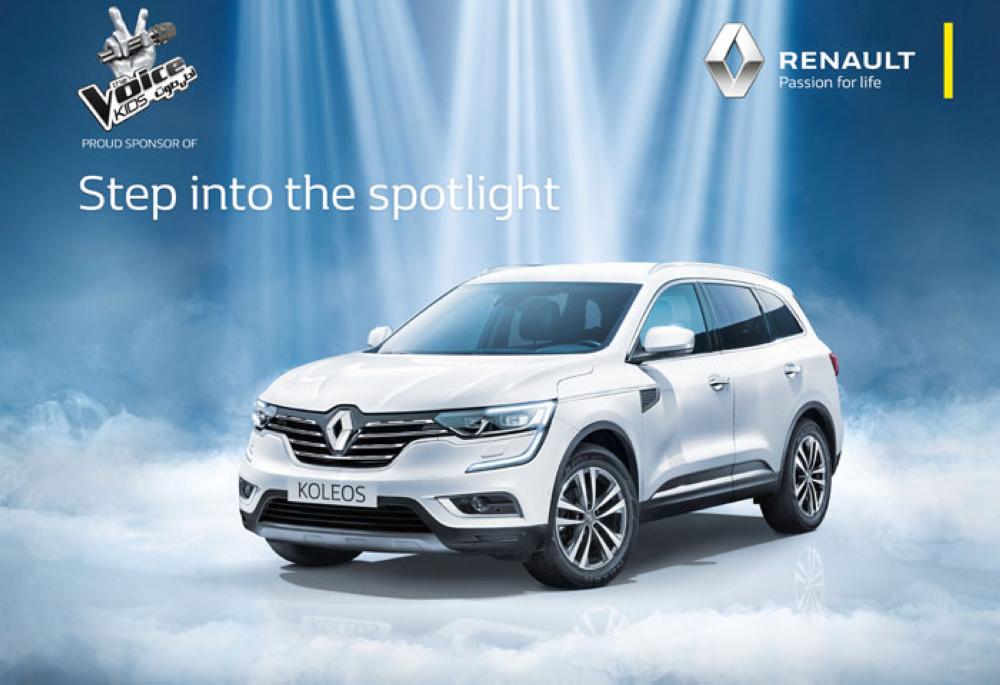 Commenting on the partnership, Marwan Haidamous, Managing Director of Renault Middle East said partnering with the Voice was a natural choice for Renault as it is the most popular TV show in the region. Sponsoring Voice Arabia Will help Renault to boost brand awareness in view of the show’s wide-ranging family audience.

Renault is seeking the limelight with this bold marketing move as it aims to ramp up sales in the region with a revamped model line-up comprising SUVs, electric vehicles, city cars and sedans. All the vehicles have been rigorously tested in the Middle East to cater to the needs of customers in the region.

Haidamous concluded, “The Voice attracts some of the world’s biggest brands as sponsors, and having Renault alongside those global household names is a significant sign of our intent to take our brand where it deserves to be in the Middle East”

In order to mark its partnership with The Voice, Renault has come up with an innovative new TV commercial that is inspired by its Multi-Sense® system. This commercial will be aired during the weekly shows. In the ad, the Renault Koleos is driven through the city as a unique sound track composed by music producer, Wael Kodeih plays in the background. The upbeat music track seamlessly journeys through several genres of Arabic music ranging from a traditional baladi rhythm to Lebanese hip hop while Renault’s astute Multi-Sense® system adapts to suit the mood of the car’s driver, subtly changing every aspect of the car’s handling from throttle pedal, engine notes, steering weight and even the speed of gear changes. Within the vehicle, the instrument display and interior lighting change to suit the ambience in the cabin.

The Voice Kids, which is now in its second season, has proved to be a hit with audiences across the Middle East and features kids up to the age of 14 participating in ‘blind auditions’. A panel of expert judges comprising Nancy Ajram, Kathem Al-Saher and Tamer Hosny, shortlist the candidates for the next round based purely on their voice. Successful contestants move onto the ‘battle rounds’ where they go head to head in a ‘sing-off’ culminating in either their elimination from the competition or entry into the final stage – the live TV shows. Only six contestants make it to the ‘Lives’ where the public will vote for The Voice Kids champion.