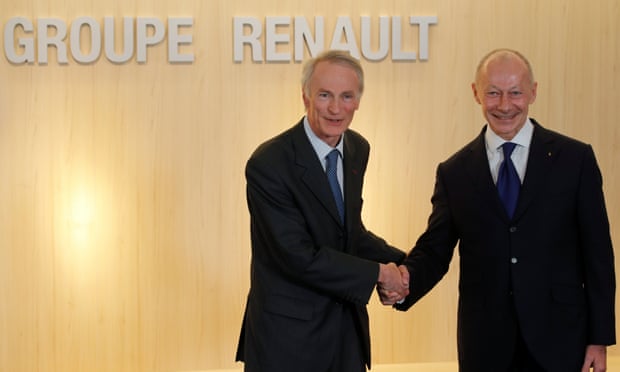 After Carlos Ghosn stepped down as the Chairman and CEO of Renault, Renault has appointed a new chairman and chief executive. Ghosn had to step down from his posts after he was arrested in Japan for underreporting his earnings as the CEO of Nissan.

Renault has appointed Ghosn’s former deputy at Renault, Thierry Bollore as Renault’s Chief executive. Jean-Dominique Senard who was earlier the CEO of Michelin will now be taking over as the Chairman of Renault.
The new appointment are expected to help resolve the crisis at the Nissan-Renault-Mitsubishi alliance that erupted when Ghosn was arrested in Japan in November.

Renault’s board said that Senard will be charged with managing the partnership with the alliance with Nissan and Mitsubishi. Bolloré, who is 55, will deal with the company’s operational activities. With these changes, Renault will be bifurcating the two roles that Ghosn had.

The appointments clearly highlight the end of Ghosn’s stint at Renault. Ghosn played an instrumental role in rescuing Nissan after he was given the task by the former CEO of Renault, Louis Schweitzer. He was the CEO of Renault for 14 years and spent 10 of these years as the chairman also of the company. Though Nissan had fired Ghosn immediately after his financial misconduct had come to light, Renault and the French government continued to support Ghosn. This had strained relations between Nissan and Renault during the past two months. The French government, which has a 15 percent stake in Renault finally called for a leadership change and Ghosn submitted his resignation from Renault on January 24 after his bail requests were rejected by the Japanese courts.

Nissan has a 15 percent non-voting stake in Renault and a 34 percent share in Mitsubishi Motors, the third major partner in the manufacturing alliance.