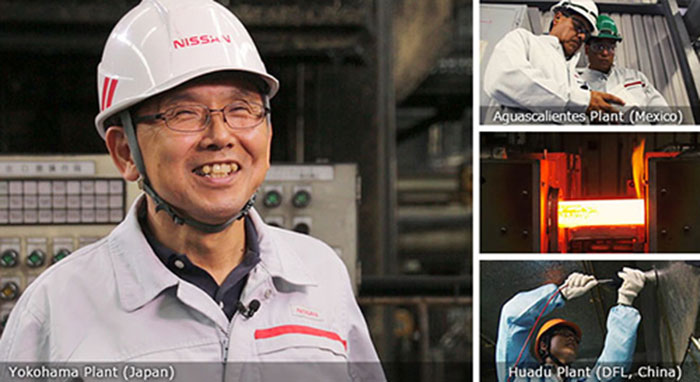 Nissan Motor Co., Ltd. became eligible for the 2016 Energy Conservation Center award, Japan Chairman’s award. The company qualified for the award on the basis of energy saving activities that are systematically organized across the company under the fold of NESCO (Nissan Energy Saving Collaboration).

The Energy Conservation Center, Japan Chairman’s Award is part of the Energy Conservation Grand Prize program that is administered by Japan’s Ministry of Economy, Trade and Industry. In the past years, the award has been given to wide range of initiatives and technologically advanced energy-saving products. The purpose of the award is to promote awareness about energy-saving products and the need to save energy.

The NESCO team at Nissan is fully committed to energy-saving and engages in periodic energy-saving audits at Nissan’s factories by monitoring energy consumption patterns and practices and suggesting improvements. Based on the energy-saving expertise the team developed in Japan, the NESCO team created an auditor training program and opened a global training center. Currently, Nissan has seven NESCO teams in Japan and four outside Japan.

As an outcome of the NESCO team’s efforts, Nissan factories reduced energy consumption by lowering the temperature of the deodorizing system in electrode position-coating ovens during the coating process. The company also optimized the cooling process in continuous carburizing furnaces to reduce electricity consumption by heaters and fans. In addition to saving energy, these measures added up minimizing pollution as CO2 emissions were cut by 58,000 tons a year globally and by about 11,000 tons in Japan alone in 2014.