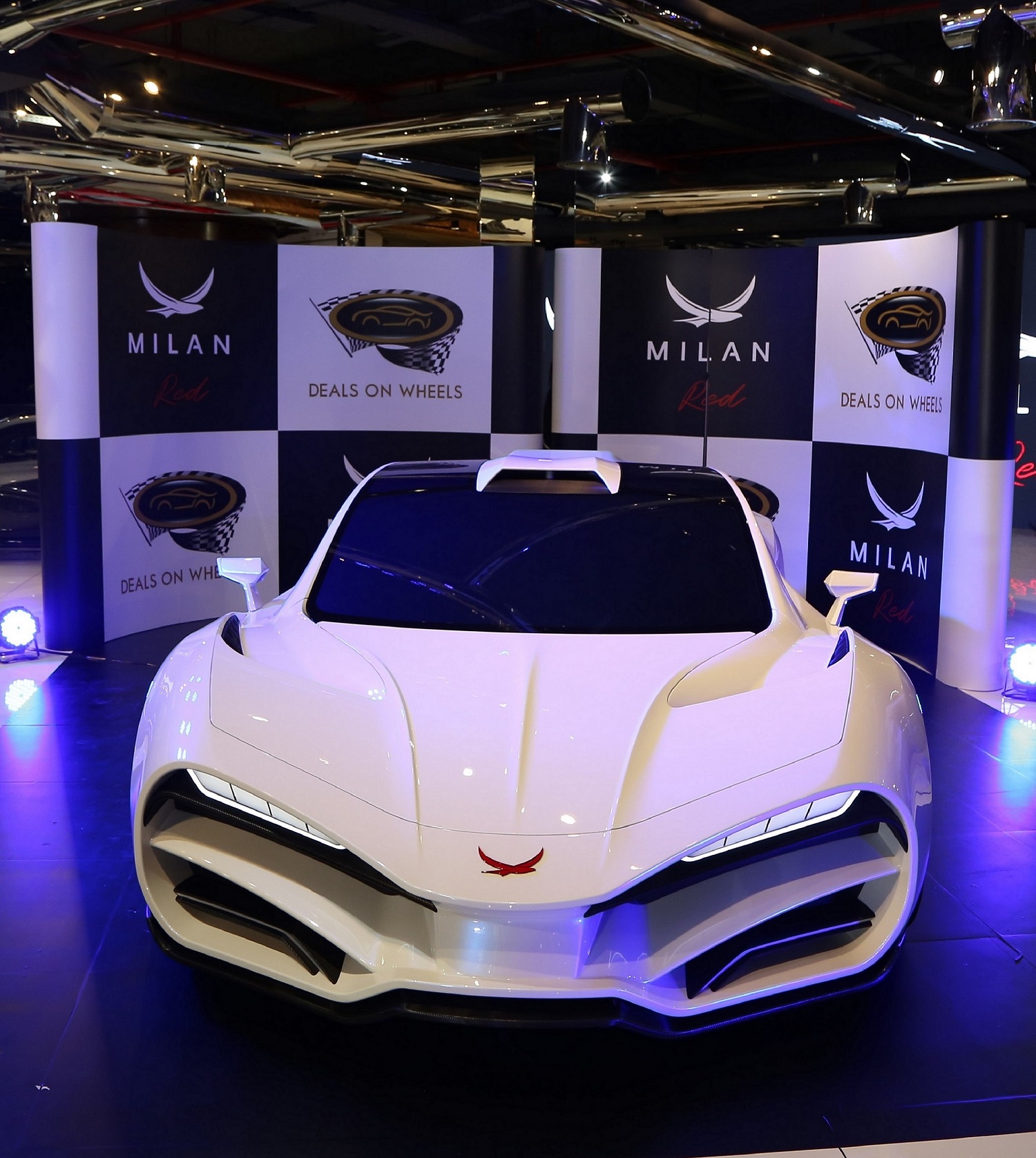 Dubai witnessed the launch of one of the fastest hypercars in the world. Milan Red. Made by Milan Automotive GmbH, an Austriancar manufacturer is named after the bird of prey, red kyte and only 99 units of the car will be made. The launch of the car in Dubai was held at a grand event at the Deals on Wheels showroom on Sheikh Zayed Road. Deals on Wheels has the exclusive rights to the sale of the car in the GCC, and is one of the four chosen dealers on a global basis who have launched the hypercar. Milan Red has already made an impression across the globe on the basis of the high speeds it can achieve and will be showcased at the Formula One races in Abu Dhabi.

Commenting on the exclusive launch, Mohamed Redha Abdulla, founder of Deals on Wheels, said that all hypercar drivers ask for unprecedented speed and the MILAN RED will be a welcome addition for the UAE. He said that Deals on Wheels was really proud of being chosen as one of the dealers for the exclusive new-generation hypercar. He went on to express his confidence that the vehicle would prove to be a winner with its stunning features and practical, yet modern design and would garner a  lot of attention at F1 Abu Dhabi. The hypercar leverages the best of Austrian cutting-edge technology and 18 of the cars have already been reserved attesting to the car’s popularity.

The Milan Red’s 6.2 litre V8 Quad Turbo rear drive engine has an output of 1325hp and can go from 0 to 100kph in just 2.5 seconds, record 0-200kph in just 5.5 seconds and can accelerate from 0-299kph in a mere 9.9 seconds. It comes with a body that is lightweight at 1300 kg body. The car’s specially designed engine was made by AVL, supplier of global automotive companies and Formula One racing. With these features, the Milan Red holds out the promise of a highly intense driving experience, and will definitely prove to be a trendsetter.

The Milan red is the first street legal car for which the wishbones have been fashioned wholly from carbon to keep it lightweight. Another notable feature of the car’s interiors is the visualization of the driver’s heartbeat. The rear-wheel-drive hypercar also boasts of a 7-speed dual clutch transmission and Brembo carbon-ceramic brakes for its 20-inch front and 21-inch rear forged aluminium wheels.

Deals on Wheels which was established in 2008 is one of the fastest growing supercar dealerships in the world, and boasts an inventory of over 200 prestigious vehicles.