Home News Automotive New Audi A8 to Make its Debut in ‘Spider-Man: Homecoming’ 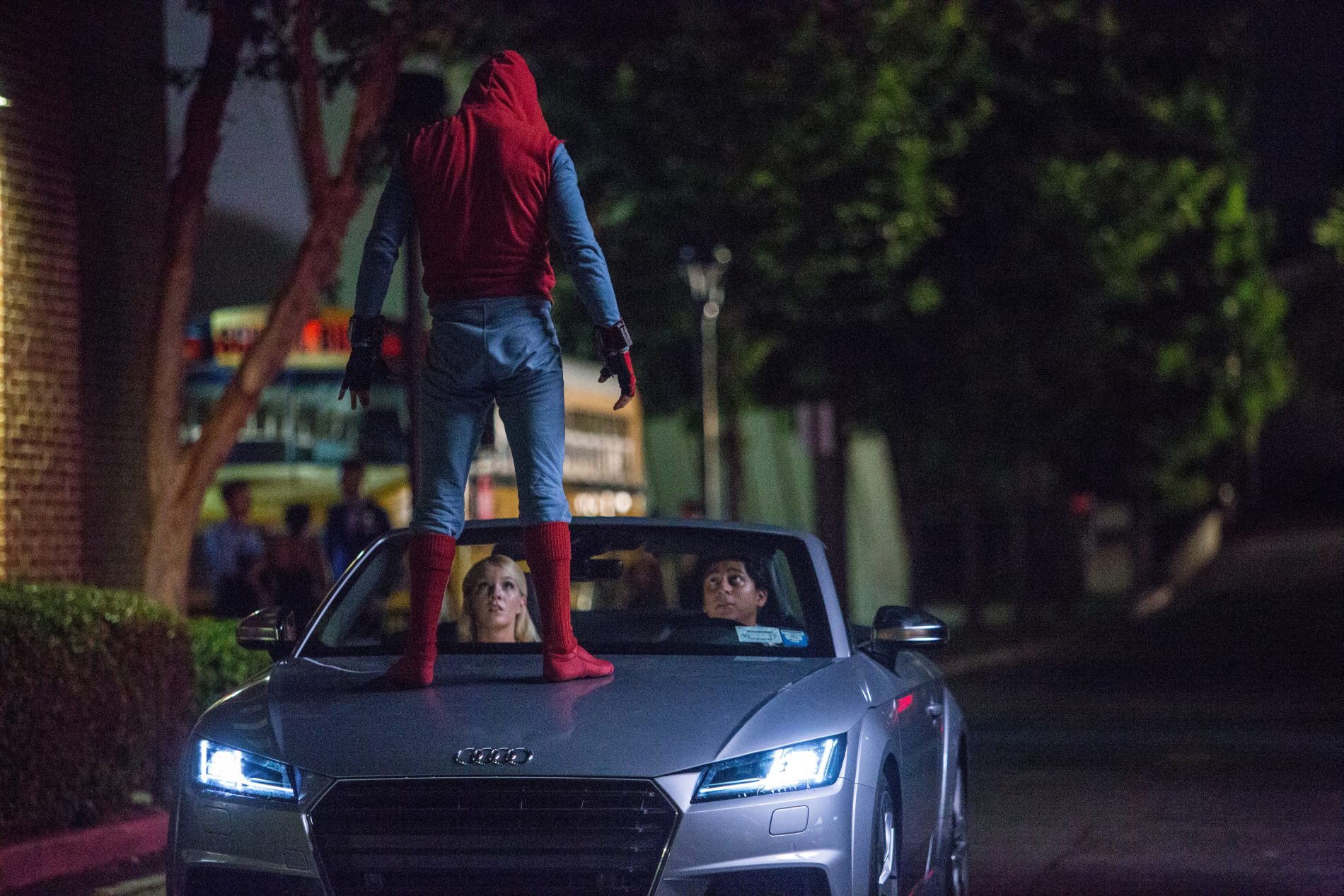 New Audi A8 to Make its Debut in ‘Spider-Man: Homecoming’

In the runup to its official world premiere, the new Audi A8 will make its first appearance on the silver screen. The A8, which is positioned as a full-size luxury saloon and is Audi’s  flagship model will make a guest appearance in the next blockbuster from Marvel ‘Spider-Man: Homecoming’. The movie will premier in theatres across the globe during the month of July. Hardcore Spiderman buffs in Los Angeles had a chance to get the first glimpse of the A8 at the movie’s premiere.

In the Marvel blockbuster, Tom Holland enacts the role of ‘Peter Parker’ who is driven around in the new Audi A8 L by Jon Favreau who takes on the role of ‘Happy Hogan’. The movie showcases the striking front and side design of the new sedan as well as several technological innovations like the highly automated driving which makes it easier to get through traffic jams. In the movie, even when ‘Happy’ takes his hands off the steering wheel while driving, the steering magically continues to turn all on its own. When the Audi AI traffic jam pilot is turned on, the Audi A8 takes over the task of driving from the motorist.

There are two other models which make guest appearances in ‘Spider-Man:Homecoming’ in addition to the Audi A8. The Audi R8 V10 Spyder is Tony Stark’s ride of choice while ‘Peter Parker’ chooses to drive an Audi TTS Roadster.

The new Audi A8 officially will be making its public debut on July 11th at the Audi Summit (www.summit.audi) in Barcelona, Spain.

In the Middle East, ‘Spider-Man: Homecoming’ featuring the new Audi A8 will start showing in cinemas from 6th July 2017.