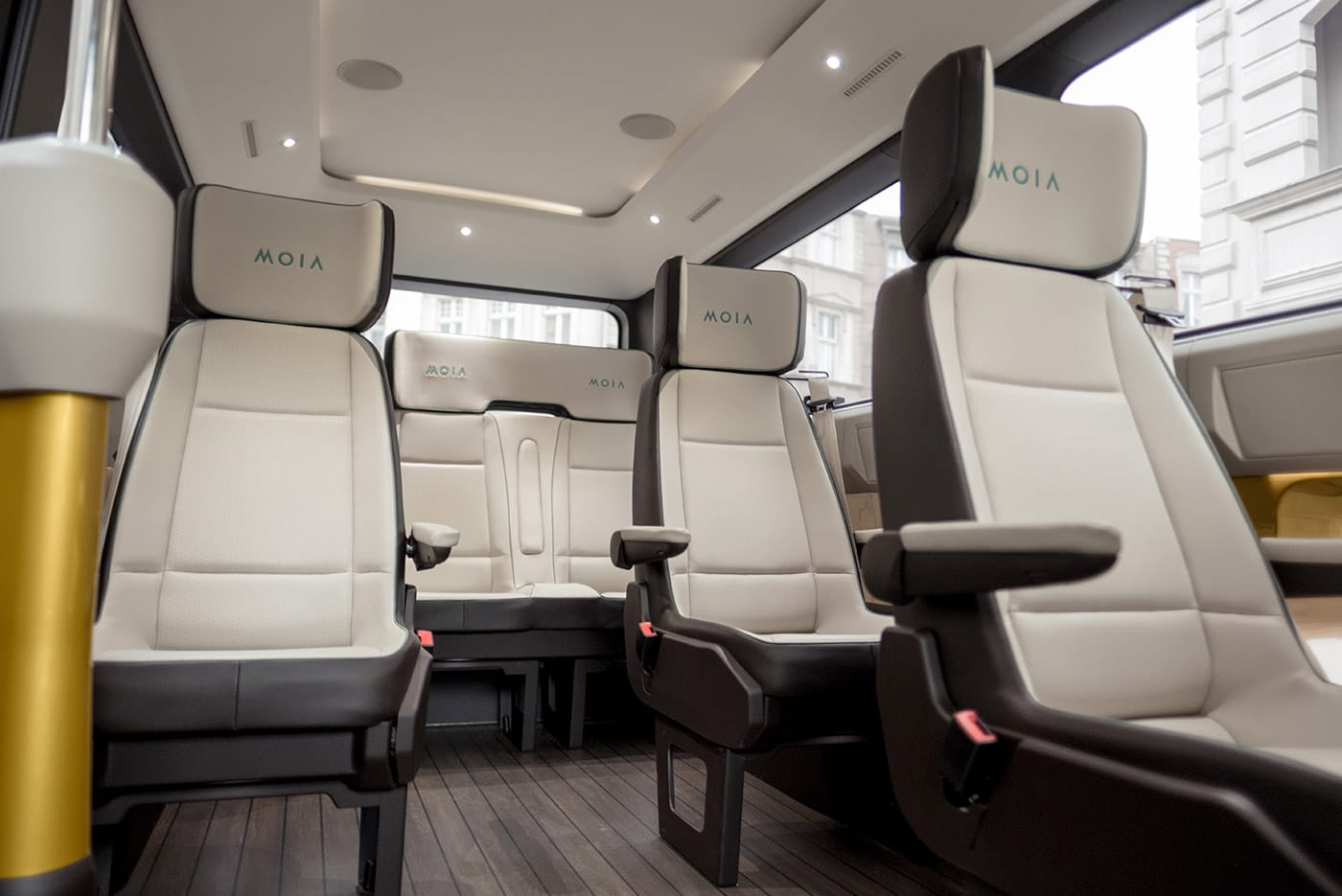 Volkswagen’s subsidiary, MOIA has unveiled a six-seater electric minibus that aims to revolutionize the concept of public transport. The vehicle will become available in the city of Hamburg by the middle of next year. Volkswagen expects the fully electric vehicle to play a key role in its drive to remove 1 million cars from European and U.S. cities by 2025 and emerge as player in ride-sharing and other shared mobility services.

MOIA debuted the vehicle at TechCrunch Disrupt, and had previously debuted the concept vehicle during the London edition of the event. The vehicle gives a lot of importance to the comfort of the passengers from the design perspective. Instead of congested seats, it has individual seats. There is also plenty of space for storage of luggage next to the driver, so that there is enough leg space for the passenger.

Other notable features of the vehicle include built-in WiFi, USB ports, and dimmable interior lighting. The vehicle being all-electric can reduce fuel consumption and the emission of toxic gases by a significant amount if used on a large scale. Charging time and range anxiety will not be much of an issue as the vehicle will have a range of around 300 km and can be charged up to 80 percent of its battery capacity in just 30 minutes.

The model which is based on the Volkswagen T6 van based model special is focused on the car-pooling market and will be Volkswagen’s first model made with this specific purpose. It remains to be seen how successful MOIA’s van will be in the EV market.