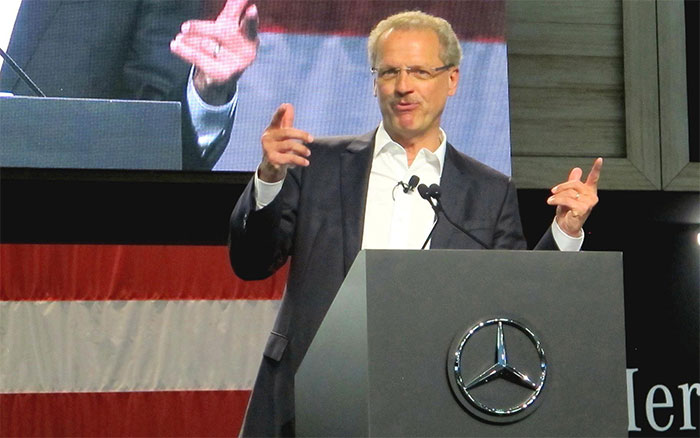 Mercedes-Benz has experienced growing demand for its Sprinter vans in the US auto market. In 2015, the company delivered as many as 28,600 vans to customers, an increase of 11 per cent over 2014 figures. Prompted by this increase in demand and to reduce costs with regard to transportation and tariffs, the company broke ground for a new USD 500 million factory in Charleston, South Carolina that will make Sprinter vans when it is fully operational in four years.

The site for the new factory is located next to an existing assembly plant where Sprinter vans were reassembled from vans that were disassembled and shipped in order to bypass the import tariffs on finished vehicles. The reassembly process for each van normally takes four to five hours and the logistics process was described as a nightmare by Volker Mornhinweg, the head of Mercedes-Benz Vans in a media interview. The United States is the second biggest market for the vans after Germany and Mornhinweg said that it was felt that the time is now right to have a full-fledged facility for manufacturing the vans to cater to the North American market.

The new plant is expected to employ 1,300 workers while parts suppliers located close to the plant will need 400 additional people. The facility will occupy 1 million square feet. According to Mornhinweg, one additional reason why Daimler selected North Charleston for the new factory was because it already owned property for the new factory adjacent to the existing factory and already has 200 trained workers there.

The ground breaking was held as a gala event in which South Carolina governor, Nikki Haley and US Senator Lindsey Graham participated along with other state and local officials.

Volvo Cars is also building a new factor in the same area that is expected to create 2,000 jobs during the next decade. BMW already has an assembly plant which employs about 8,000 workers in upstate South Carolina.