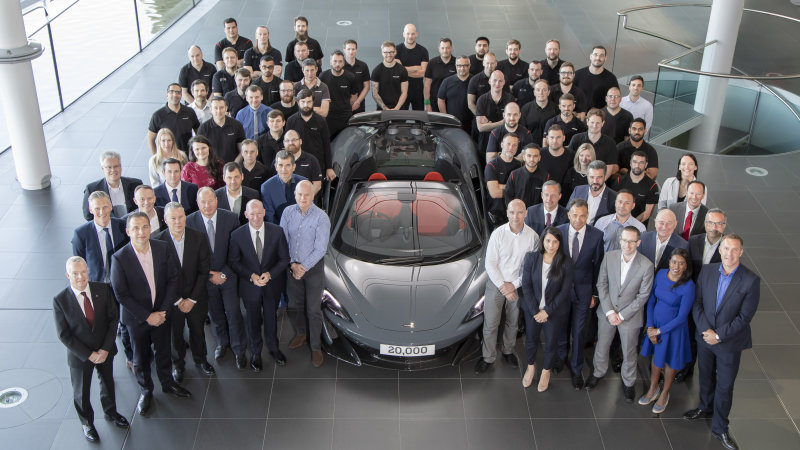 The milestone car is a McLaren 600LT Spider in Chicane Grey and marks McLaren’s positioning as a “high-volume” manufacturer of supercars. It still makes less cars than Ferrari or Lamborghini but is inching its way up. Ferrari made 9,251 cars in 2018 and Lamborghini made 5, 750 cars while McLaren built just 4,806. According to McLaren, it plans to limit its output to about 5,000 cars on an annual basis  into the next decade. It is expected that there will be a small increase to 6,000 cars annually as the company implements its “Track25” plan to launch more models.

Every McLaren model that has come off the production line has been assembled at the company’s production center in Woking, Surrey. McLaren says the sharp increase in production can be attributed to the addition of a second shift at the manufacturing center from 2016. Unlike Ferrari and Lamborghini though, McLaren does not seem to have any intention of venturing into the SUV segment.