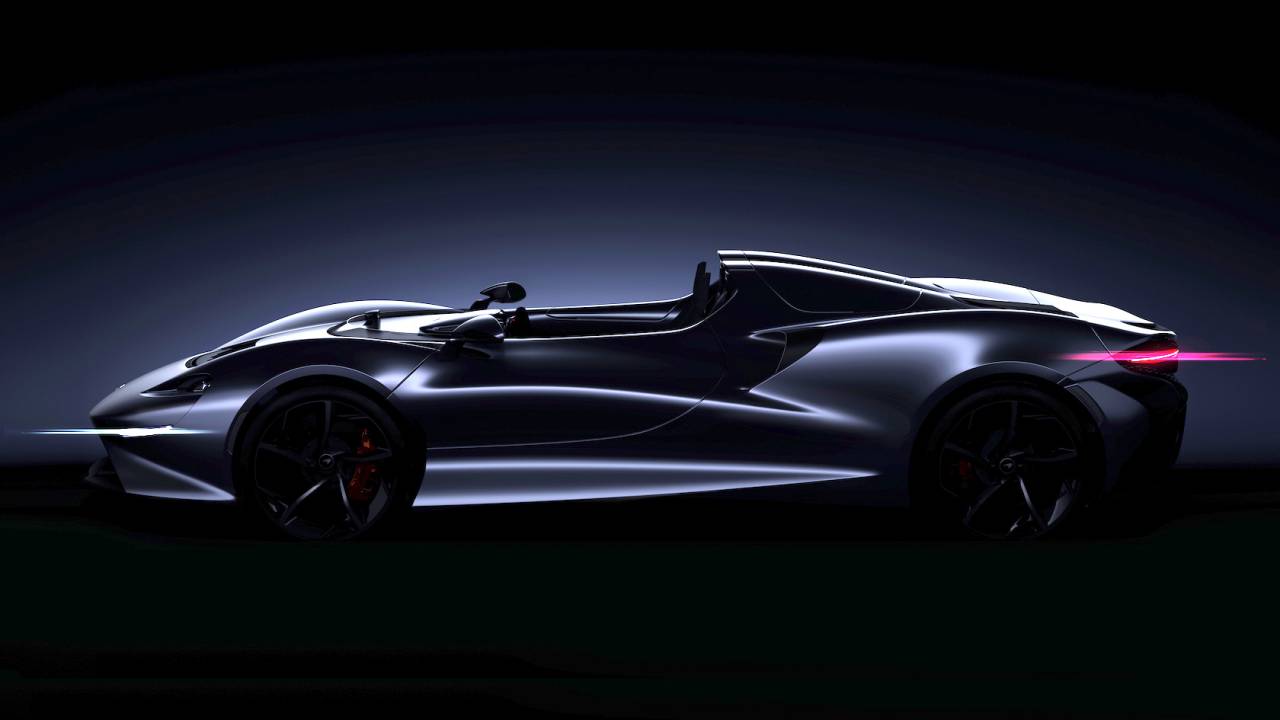 McLaren has released just one image that offers a sneak preview of its new Ultimate Series model. The image depicts a supercar that has the lines of a classic roadster proportions, with a stance that is low and wide.

The new Ultimate Series model will have a limited production run that will be capped at 399 units and will have a price tag between the Senna and Pricetail models. It will be an open-top roadster that the company will launch in 2020.

The limited-edition two-seater model will be an open cockpit roadster having a layout that is faithful to the traditional McLaren layout and will be the brand’s latest addition to its series of supercars that include the McLaren P1, Senna and the Speedtail. The new vehicle has not yet been named and will be built with the goal of delivering the highest levels of pleasure on the road, while the Senna and the Speedtail were mainly meant to be used on the track.

The image that McLaren released for the new model seems to indicate that it would have the proportions of a classic roadster with a low and wide stance. Like other McLaren models, it would have dihedral doors and lines which sweep the edges for movement. The material used for the new roadster would be carbon fiber. The new model would be powered by a variant of the brand’s twin-turbo V8 engine.

The limited-edition McLaren roadster is likely to have a price that ranges between the GBP 750,000 that the Senna costs and GBP 2.1 million for the pricier Speedtail model. The launch is planned for late 2020. McLaren sought “expressions of interest” from customers during the recent Pebble Beach Concours.