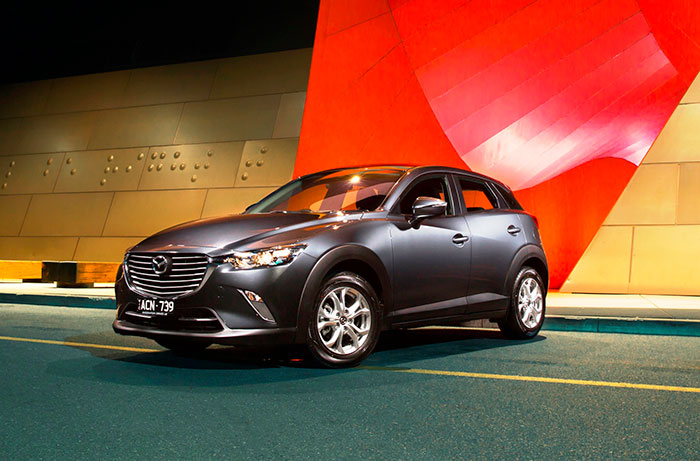 Mazda is well known for its small and economical but sporty cars. Mazda has now bagged four nominations in the prestigious World Car of the Year awards. Two of the brand’s models, the Mazda MX-5 and Mazda CX-3 have been shortlisted as the finalists for the overall World Car of the Year Award while the models have also earned a place on the shortlist for the Design of the Year category. Mazda has thus earned more nominations than any other car manufacturer.

The winners of the prestigious World Car Awards will be announced on the eve of the opening day of the New York International Auto Show, March 24. The winners will be selected by an expert panel consisting of 73 leading automotive journalists on the basis of very stringent parameters.

The all-new Mazda CX-3 was launched in the summer of 2015 and is notable for its quality, style and technical features that set it a class apart when it comes to the category of compact crossovers. The Sport Nav model for the first time in the segment comes with a head-up display system, Mazda’s Active Driving Display system while all the CX-3’s have MZD-Connect with 7-inch color touchscreen and Multimedia Commander to help motorists stay connected while they are on the move. The model is powered by 105 ps SKYACTIV-D diesel engines or 120ps and 150ps SKYACTIV-G petrol engines.

The MX-5 has already won many awards including the 2016 What Car? Best Convertible, the 2016 Japan Car of the Year award and 2015 Auto Express Roadster of the Year award. Customers can opt for either a 131ps 1.5-liter or 160ps 2.0-liter SKYACTIV-G petrol engine. The MX-5 core range includes nine models and has been expanded with the addition of the limited edition all-new Mazda MX-5 Sport Recaro.

The original MX-5 is the lightest version while the all-new Mazda MX-5 is wider, lower and shorter than the previous version with a lower center of gravity and smallest possible overhangs. These external features and Mazda’s KODO: Soul of Motion design philosophy make the all-new Mazda MX-5’s a true winner when it comes to design, offering users the best possible driving experience.

In order to enhance the affordable sports car image, the all-new Mazda MX-5 retains the rear-wheel drive layout and 50:50 weight distribution of the original for maximum agility and driving pleasure while improving the safety, efficiency and refinement factors with striking innovations, true to Mazda’s ethos of ‘innovate in order to preserve’.