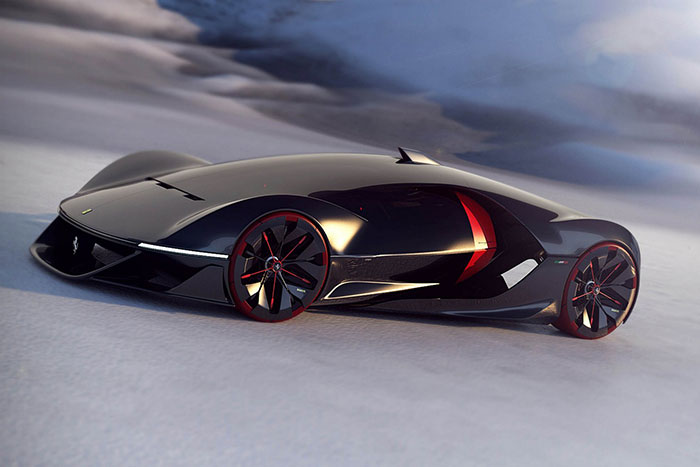 Ferrari recently held a contest inviting submissions from students of the top design schools in the world for the most stylish vehicle for 2040. Manifesto emerged as the winner of the Ferrari design contest and this model was designed by a team of six students from the ISD-Rubika in Valenciennes, France. The two runners-up in the contest were the FL and the de Esfera. This is the third year in which Ferrari is holding this contest and the jury for the contest consisted of luminaries drawn from the world of design, engineering, car collectors and racers including Jay Kay, Nick Mason, Sebastian Vettel and Paolo Pininfarina.

While the Manifesto was unanimously selected as the winner of the “Gran Premio Assoluto” prize on the basis of its sleek shape and features like a snorkel air scoop on the roof, a split cockpit and spectacular canopy-like clamshell doors, the FL was applauded for its futuristic cockpit layout. It was designed by Roman Egorov, a Russian student at the Hochschule Pforzheim in Germany. The de Esfera won the online poll and ended up with the popular Premio Speciale award. It was designed by three students from Hongik University in Seoul, South Korea.