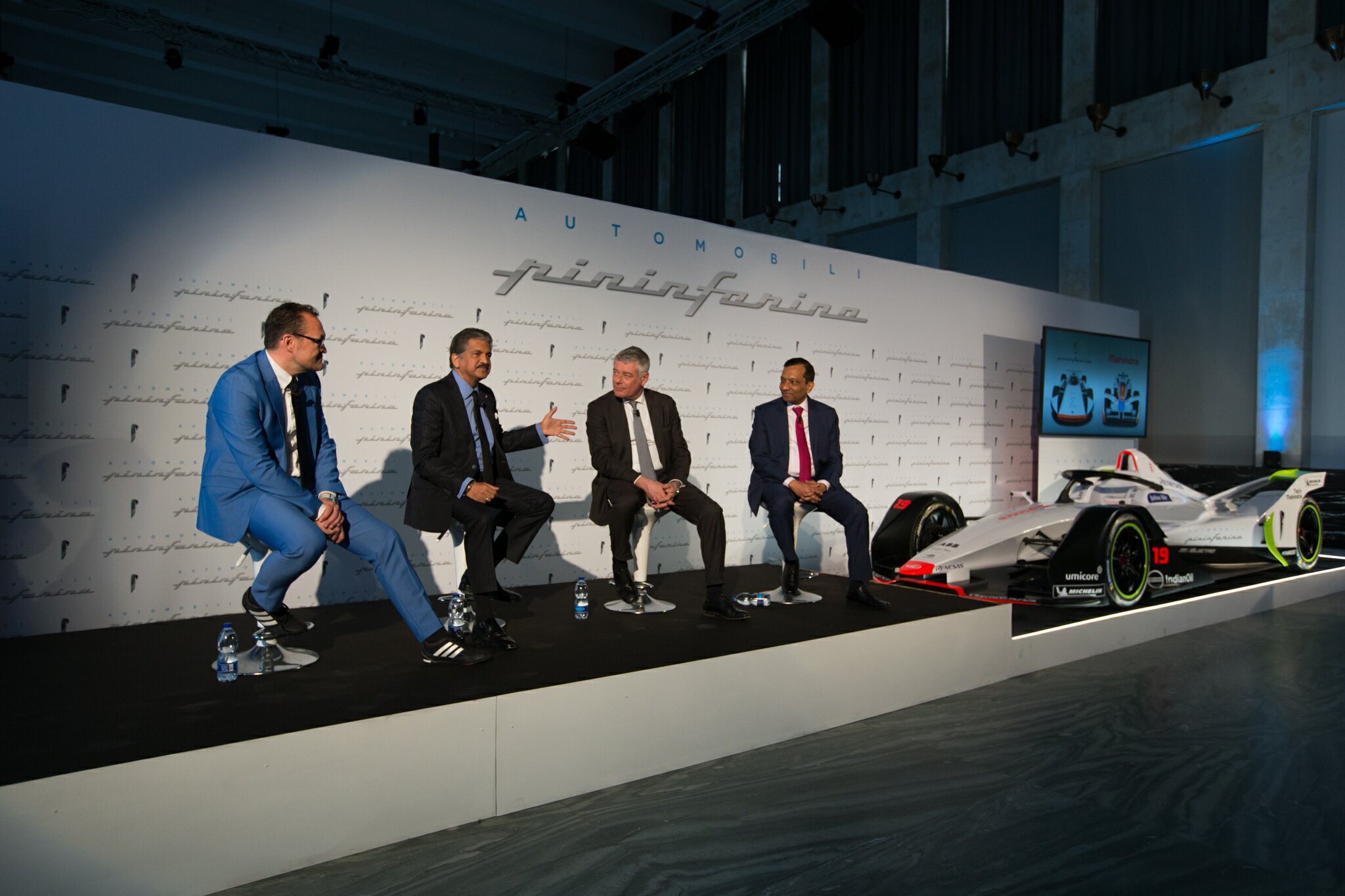 Mahindra & Mahindra has announced that it would be using Automobili Pininfarina as its new brand for luxury electric vehicles. The company chose to make this announcement on the eve of the Formula E Rome e-Prix. The new brand will be based out of Europe and will specialize in the design, engineering and manufacture of high technology, extreme performance luxury electric vehicles for global customers. This is the reason why the Mahindra Racing team wore Pininfarina colours at the Rome e-Prix on the M4 Electro. The company said that it expects Automobili Pininfarina’s first “Electric Hypercar” to be launched in 2020.

Mahindra had acquired Pininfarina in 2015 in order to give the automotive conglomerate access to Pininfarina’s expertise in design. The high performance luxury electric vehicles that Automobili Pininfarina makes will combine the Italian brand’s flair for design with the expertise in electric vehicles that Mahindra has gained from participating in Formula E. Mahindra Group Chairman Anand Mahindra said that the new electric brand would be about sustainable luxury as all of its vehicles would be zero emission vehicles. Mahindra also used the launch event to showcase the the new logo for Pininfarina at the event.

Automobili Pininfarina’s first electric hypercar will be either a Grand Lusso or Grand Luxury, according to Paolo Pininfarina, the chairman of Pininfarina. The vehicle will have level 3 autonomous Driving system and will be able to go from 0 to 100 kmph in less than 2 seconds and can attain a speed of 300 kmph from start in 12 seconds, while its top speed will exceed 400 kmph. There will be no cause for range anxiety as the range will be over 500 km on a single charge and will be solely badged ‘Pininfarina’. The proce of the supercar is expected to be less than 2 million Euros and it will have a limited production run of 100 units.

Michael Perschke, the former Managing Director of Audi India will helm Automobili Pininfarina as the CEO. Perschke is aveteran of the automotive industry and of the Indian market and has over 25 years of experience in the auto industry. Perschke will be aided by Per Svantesson, the Chief Operating Officer (COO), who has been with the Volvo Group and NEVS in the past. Loca Borgogno will head the design team at Automobili Pininfarina.

From next season, Mahindra Racing’s M5 Electro will be wearing the Pininfarina colours. The Gen2 car was displayed at the launch event and the Mahindra Group also revealed a special livery on the Gen2 M5 Electro as a homage to the classic race car called ‘Sigma’.