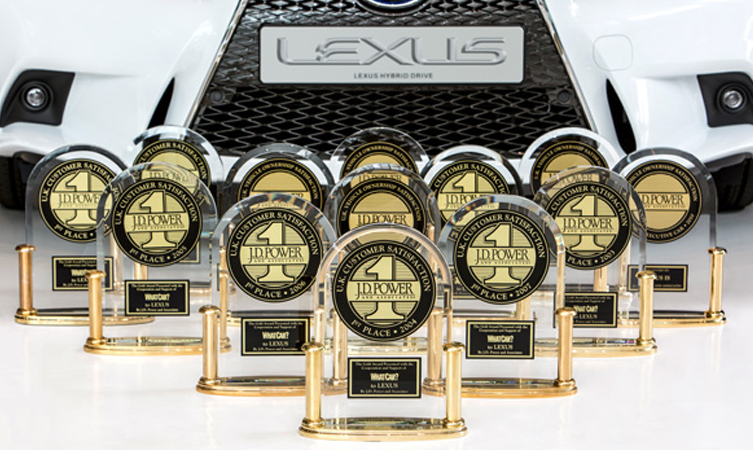 Lexus and Porsche Emerge as Most Dependable Brands in J.D. Power Study

Lexus and Porsche proved to be the top brands in the 2017 J.D. Power Dependability Study. Lexus was rated as the top brand for the sixth consecutive brand and Porsche too gained the number one spot after missing it by a hair’s breadth last year.

Approximately 35,000 vehicle owners were surveyed as part of the annual study and they were asked about the problems they had experienced in the past year for vehicles they had bought three years before. Thus, all the models that were considered for the study were those that were new in the 2014 model year.

The vehicles were rated based on the number of problems experienced per 100 vehicles (PP100). A lower number of problems or a lower score reflected higher quality. Vehicles were scored with regard to 177 specific issues ranging from those with the engine and transmission to the user-friendly nature of the infotainments system and the exterior of the vehicle. The study covered the top models in eight popular categories of vehicles as well as ranking brands on the basis of their dependability.

Both Lexus and Porsche received a score of 11o while the industry average was a PP100 of 156, representing a slight increase from 152 last year. The brand at the bottom of the rankings was Fiat with a score of 298, significantly worse than its score of 171 in 2016. Another brand which fared badly was Infiniti with the brand’s score increasing from 136 to 203 this year.

The most common issue reported by the owners was Bluetooth connectivity and pairing. Another issue that was commonly reported was trouble with voice recognition systems. In fact, most of issues reported were with regard to the Audio/Communication/Entertainment/Navigation (ACEN) category continue to be the most problematic area, with this category accounting for 22 percent of all problems reported.

Of the top 10 brands in the study, some of the other frontrunners are Toyota, Buick, Hyundai, BMW, Mercedes-Benz, Chevrolet, Honda, Jaguar, Lincoln and Kia.