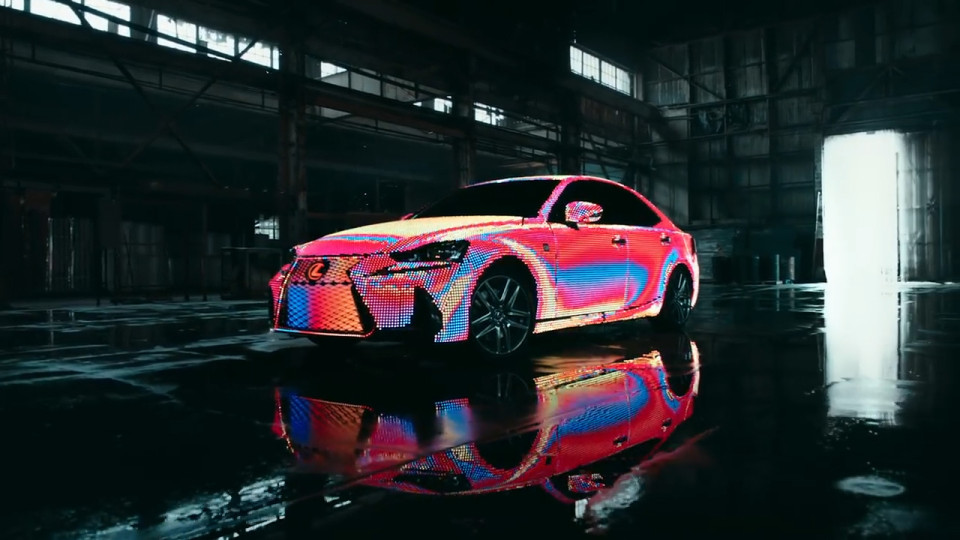 As part of its campaign to promote the new 2017 IS sedan, Lexus has come up with a feat that literally lights up the car. It covered one car in 41,999 LED lights to make the car a showstopper. The lights convert the car into what Lexus calls the “LIT”, a screen that can be used to display a wide range of dazzling graphics and multi-colored animations.

The lights have three different modes that allow them to interact with people and sounds nearby in different ways. The Attract mode is designed to draw attention with a loop of colorful graphics which the company claims attenuates the strong lines of the IS and play up its bold styling.

The Music Viz mode, makes the lights respond to music and the LEDs create custom, responsive displays that are in tune with the music coming from the speakers.

The Gesture mode makes it possible to control the motion of the LED animations through a gaming console, and this allows anyone within the vehicle to create a dazzling light display at 70 mph. Or while you’re stuck in traffic.

Each of the 41,999 lights which were used for the publicity stunt were applied by hand, and the company claims that if the lights are placed end-to-end, they would stretch for half a mile.

Another marketing move that Lexus has made involves a close collaboration British artist Dua Lipa to have the car feature in the music video for her new track, Be the One track.

This is not the first eye-catching stunt that Lexus has conducted to create awareness about the IS. In December, it had unveiled a bright red Sriracha-themed variant that it termed “the hottest Lexus IS ever.” “Oven mits” to handle the hotness and a trunk filled with Sriracha bottles for “emergency condiment situations” provided the finishing touch.